Code of the humans 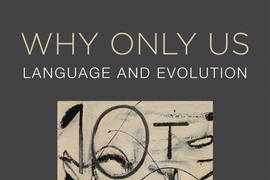 ↓ Download Image
Caption: “Why Only Us: Language and Evolution” (MIT Press) 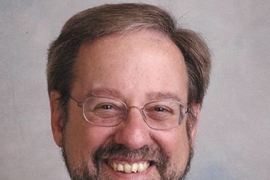 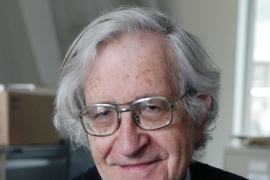 Caption:
“Why Only Us: Language and Evolution” (MIT Press), by Robert C. Berwick (top left) and Noam Chomsky (bottom left)

For many years, researchers tried to teach other kinds of animals some human language. Chimps, dolphins, gorillas — it didn’t seem to matter which animals they tried. Few experiments were regarded as success stories.

Small children, however, learn whichever language they are taught, and abundant evidence points toward the universality of human language. Platoons of linguists have detailed strong syntactical similarities among the world’s tongues. And biologists have begun to identify some of the genes involved in the development of speech and possibly language.

“People don’t realize how uniform the human population is,” adds Robert C. Berwick, a computer scientist at the Laboratory for Information and Decision Systems at MIT. “We’re all very alike as humans, and this language capacity is incredibly uniform. If you take a baby from Southern Africa and put it in Beijing, they’ll speak Chinese.”

Now Berwick and Chomsky have collaborated on a new book on the topic, “Why Only Us?,” published on March 1 by the MIT Press, which explores the grand riddles of human language — what makes it unique, as well as where, when, why, and how humans acquired a distinctive, language capacity of nonpareil sophistication.

The questions of when and where human language emerged are probably the simplest to grapple with. Like some other scholars, Berwick and Chomsky think the emergence of symbolic behavior is a guidepost indicating when human language developed. The Blombos cave artifacts in South Africa, comprising engravings and beads that are 80,000 years old, are a possible landmark. Modern humans arose about 200,000 years ago, so the development of our language capacity most likely falls in between those two points in time. Still, Chomsky notes how “thin the empirical record is” on this count.

Precisely what evolved, Berwick and Chomsky contend, is what Chomsky calls “Merge:” the human cognitive capacity to take any two things that we now recognize as sentence elements, and combine them into a new, more complex, hierarchically structured phrase.

“In its simplest terms, the Merge operation is just set formation,” the authors write. But if it sounds simple, this operation is precisely what allows human language to be infinite; there is absolutely no limit on the number of sentences we can form.

There are some other things that mark human language as distinct, so far as we know — for instance, our statements do not have to make reference to the external world. But the unbounded nature of language appears crucial at all times.

If so, how did such a powerful capability emerge in people? Berwick and Chomsky suggest it resulted from not a giant evolutionary leap but a modest evolutionary step that turned out to be very useful.

“What we’re arguing is that there was probably a very small change which had large effects,” Chomsky says. In the book as well, the authors suggest our language capacity was “the result of a minor mutation” in genomic terms that had far-reaching changes in our capacities.

“Evolution has [often] assembled lots of other parts that enable a whole host of other behaviors that you didn’t have before,” Berwick observes. “It [the language capacity] is standard in that kind of picture. It’s fully compatible with what a Darwinian might have thought.”

He adds: “We’re getting more and more of an understanding of the genomic basis for some of these traits, but it’s extremely challenging to work out.”

The hardest question to answer, it seems, is why humans should have a uniquely unbounded language. Or, to put it another way, what purpose did language play that made it a useful trait in evolutionary terms?

Berwick and Chomsky, following decades of work and theorizing by Chomsky, do not believe that language evolved primarily as a form of communication. Rather, it is an offshoot of the development of our cognitive capacities — an “inner mental tool,” as they write, at the interface of intentional thought and the ability to think conceptually.

In this sense, “Merge would be just like any other ‘internal’ trait that boosted selective advantage,” they write, something that would be helpful in planning, making inferences, and other basic capacities.

That said, Berwick and Chomsky readily acknowledge they do not possess a full hypothesis explaining how people developed the capacity for having those abstract conceptual thoughts in the first place.

“There is no explanation of where those come from,” Berwick says.

“The nature of elementary human concepts, such as table or chair, is unknown, and what’s striking about them is that they’re radically different than anything in the animal world,” Chomsky says. “It’s very different from other animals.”

“Why Only Us” has received advance praise from other scholars. Martin Nowak, a professor of mathematics and biology at Harvard University, calls it “captivating and a must for everyone interested in evolution and humans.”

And Berwick and Chomsky note that they hope to inspire further research, potentially integrating neuroscience to a growing extent, in addition to proposing answers to these scientific mysteries.

Or, as they write, “a vast array of language phenomena remain unexplained and even barely examined, but the picture sketched here seems to us the most plausible one we have, and one that offers many opportunities for fruitful research and inquiry.”

The office next door