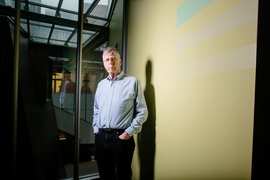 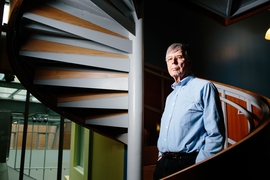 Michael Stonebraker, a researcher at MIT’s Computer Science and Artificial Intelligence Laboratory (CSAIL) who has revolutionized the field of database management systems (DBMSs) and founded multiple successful database companies, has won the Association for Computing Machinery’s (ACM) A.M. Turing Award, often referred to as “the Nobel Prize of computing.” This year marks the first time that the Turing Award comes with a Google-funded $1 million prize.

In its announcement today, ACM said that Stonebraker “invented many of the concepts that are used in almost all modern database systems ... and founded numerous companies successfully commercializing his pioneering database technology work.”

An adjunct professor of computer science and engineering at MIT and a principal investigator at CSAIL, Stonebraker sometimes jokes that he didn’t know what he was researching for more than 30 years. “But then, out of nowhere, some marketing guys started talking about ‘big data,’” he says. “That’s when I realized that I’d been studying this thing for the better part of my academic life.”

Stonebraker's work over the past four decades has helped spur a multibillion-dollar “big data” industry that he himself has participated in, creating and leading nine separate companies, including VoltDB, Tamr, Paradigm4, and Vertica (which was bought by Hewlett-Packard in 2011 for $340 million).

“Mike has been a trailblazer in the field of databases by asking the essential questions about how we collect, organize, and access information in our lives,” says Daniela Rus, director of CSAIL and the Andrew and Erna Viterbi Professor of Electrical Engineering and Computer Science. “He has been both a devoted academic and a serial entrepreneur, and all of us at CSAIL are so inspired by his work and proud to have him as a colleague.”

In his previous work at the University of California at Berkeley, Stonebraker developed two of his most influential systems, Ingres and Postgres, which provide the foundational ideas — and, in many cases, specific source code — that spawned several contemporary database products, including IBM’s Informix and EMC’s Greenplum.

Ingres was one of the first relational databases, which provide a more organized way to store multiple kinds of entities – and which now serve as the industry standard for business storage. Larry Rowe, a professor emeritus at Berkeley who helped Stonebraker commercialize the technology, remembers that many of their colleagues didn’t think that relational databases could evolve from academic theory to practical application.

“There’s no better way to get Mike going than to tell him, ‘You can’t do that,’” Rowe says. “One of his great abilities is to imagine something that should exist, ask himself why it doesn’t, and then set his new research goal to be making it happen.”

Postgres, meanwhile, integrated Ingres’ ideas with object-oriented programming, enabling users to natively map objects and their attributes into databases. This new notion of “object-relational” databases could be used to represent and manipulate complex data, like computer-aided design, geospatial data, and time series.

Stonebraker’s major projects at MIT include:
•    C-Store, a column-oriented database that partitions tables by column, allowing delivery of dramatic performance speedups for reading large quantities of data;
•    H-Store, a parallel database management system that can deliver a high sustained rate of operations (“transactions”) per second; and
•    SciDB, which represents data as arrays and provides substantially improved performance for many modern analytics settings, such as machine learning and statistical data processing.

Notably, in an era in which the term “open source” didn’t yet exist, Stonebraker also released many of his systems into the public domain, ensuring their widespread adoption and allowing other academics to build on his work.

“I am delighted that Professor Stonebraker has been recognized for his groundbreaking contributions to database technology,” says Anantha Chandrakasan, the Joseph F. and Nancy P. Keithley Professor in Electrical Engineering, and head of MIT’s Department of Electrical Engineering and Computer Science (EECS). “This award is an honor for the EECS department and inspiring for the many members of the MIT community who have worked with him.”

Stonebraker co-directs CSAIL’s Intel Science and Technology Center for Big Data with Sam Madden, a professor of computer science and engineering. Before joining MIT, Stonebraker was a professor of computer science at Berkeley for 29 years. A graduate of Princeton University, he earned his master's degree and his PhD from the University of Michigan.

“It’s every computer scientist’s dream to get this award, and I am so very honored to be selected,” Stonebraker says. “It reinforces and validates the importance of the work that I have been doing alongside so many other researchers in the field of database management systems.”

Stonebraker will formally receive the award during the ACM’s annual awards banquet on June 20 in San Francisco.

Prof. Michael Stonebraker speaks with Randy Bean of The Wall Street Journal about big data and how companies handle data integration. “We are in the midst of an explosion of new ideas that will change the data landscape,” says Stonebraker.

Lauren Beavin of Boston Magazine speaks with A.M. Turing Award recipient Michael Stonebraker about why Boston is such a great place for computer scientists. The Boston tech scene "is way above critical mass, and the quality of life here is very, very high,” Stonebraker explains.

Michael Stonebraker, a principal investigator at the MIT Computer Science and Artificial Intelligence Lab and an adjunct professor at MIT, has won the A.M. Turning Award for his work with database management systems, reports Nidhi Subbaraman for BetaBoston. “This is every computer scientist’s lifetime dream, and it came true for me,” said Stonebraker.

The ACM has awarded the A.M. Turing Award, widely regarded as the “Nobel Prize in Computing,” to CSAIL researcher and adjunct professor Michael Stonebraker, reports Barb Darrow for Fortune. Stonebraker is “famous for arguing that database is not a one-size-fits-all category."