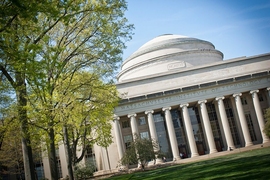 In 2013, MIT President L. Rafael Reif appointed Professor Edmund Bertschinger, who was then the head of the Department of Physics, to the newly created post of Institute Community and Equity Officer (ICEO).

In this role, Bertschinger was charged with developing a strategic plan that would advance Reif’s vision of “a caring community focused on MIT's shared values of excellence, meritocracy, openness, integrity and mutual respect … [and drawing] strength and energy from our extraordinary diversity of experiences and backgrounds.” The goal, Reif explained: “for everyone here to feel, as so many of us already do, that MIT is home.”

Today — after interviewing hundreds of faculty, staff, students, postdocs, and alumni, as well as conducting extensive research on practices both at MIT and at its peer institutions — Bertschinger has released a 132-page report that includes a wide array of recommendations for ways to increase the sense of collegiality and inclusion among the roughly 26,000 active members of the Institute community.

In an accompanying letter to the MIT community, Provost Martin Schmidt explained that the release of today’s report marks the beginning of a process of collecting feedback, which will continue until April 15. Noting that anyone in the MIT community can submit comments on the report, he asked for insights and reactions to help identify those recommendations MIT should focus on.

“Outlining what Professor Bertschinger learned and suggesting next steps, the report offers an encouraging view of many aspects of our life as community, while also detailing areas for further attention,” Schmidt wrote. “A number of the ideas in the report would involve the whole community and require serious commitments of time and resources; as we consider the full suite of recommendations, we are eager for your insights and reactions.”

Bertschinger writes in the report that his aim is to enhance “the experience of MIT community members and helping them to leverage the power of diversity.” From his conversations with people from all parts of that community, Bertschinger reports that he encountered a strong desire to fulfill the concluding sentence of MIT’s mission statement: “We seek to develop in each member of the MIT community the ability and passion to work wisely, creatively, and effectively for the betterment of mankind.”

But while much has been done to make that goal a reality, he says, a series of specific actions could help bring MIT even closer to that ideal.

The new report has three goals, Bertschinger says: to develop a plan for the MIT community to deepen its sense of inclusion based on shared values and to help community members benefit from diversity; to present specific, achievable goals for advancing community and equity, along with means for assessing progress toward these goals; and to define the role of the ICEO.

Advancing these goals should be to everyone’s benefit, Bertschinger says, adding: “I am confident that those universities that empower all of their community members to feel respected and supported, so that the greatest possible diversity of talent and perspectives is available for problem-solving, will thrive. Until we can embrace our diversity, exercise empathy, and advance caring and respect, we will never achieve our full potential as individuals or as an Institute.”

The report spends considerable time exploring MIT’s existing culture and describes how it is experienced differently by members of different groups, such as faculty and staff. Building on this exploration, the report makes one overarching recommendation: the drafting of an “MIT Compact.” This would require assembling “a representative working group to write a brief statement of what we aspire to as a community and what we expect of each other as MIT community members.”

This is in line, Bertschinger says, with what other universities have done “to introduce new community members to their organizational culture and norms.” In keeping with the goal of encouraging wide participation, he does not offer a draft of this proposed compact, but rather recommends “a broadly inclusive process for its construction.”

The 17 proposals in the report are divided into three broad categories: recommendations aimed at building community; those aimed at improving equity; and those that are structural in nature. Within each category, the individual proposals are prioritized into three groups.

A top-priority recommendation to build community is the launching of an educational campaign on the use of “bystander intervention techniques and micro-affirmations … to reduce micro-inequities, micro-aggressions and all forms of misconduct.” This would include orientation programs for all new community members; leadership and conflict-resolution workshops; and a bystander-intervention video competition.

The other leading community-building recommendation calls for an updating of MIT’s procedures for handling complaints, including an annual report to the president about formal complaints received and addressed. It also recommends that all departments and centers have faculty trained in conflict management to serve as informal mediators.

Bertschinger identifies two top recommendations to improve equity on campus. First is creation of a program to educate community members about unconscious bias through self-awareness programs. “All community members should learn about their unconscious bias,” Bertschinger’s report says. “But this is especially important for faculty, given their key roles in recruiting students and researchers.”

The other equity recommendation is a call for deans and department heads to review and work to implement existing faculty-equity reports. These reports include specific proposals to recruit, mentor, promote, and retain women and minority faculty, and to increase diversity among graduate students.

Bertschinger’s report points out the Institute’s great progress in increasing the representation of women and minorities in most parts of the MIT community, including a near-doubling of underrepresented minorities on the faculty in the last 10 years, from 4 percent to 7 percent. But a goal of tripling the number of underrepresented minorities among graduate students has so far fallen short, the report says, calling for a review of existing recruitment policies.

One area where MIT has had great success, the report points out, is in salary equity between male and female faculty. According to a report from the American Association of University Professors, “MIT is the only one of its peers for whom female full professors earn as much, on average, as their male counterparts.”

Two of the report’s other top recommendations include the creation of a “community and equity dashboard” — a website that would provide demographic data and information on progress toward implementation of this report’s goals, both MIT-wide and for individual departments and centers. A second recommendation is for MIT to join the Leading for Change Higher Education Consortium, a statewide group formed to share data and best practices among universities striving for greater equity and inclusion.

Bertschinger writes that he feels the report will have achieved its mission if, by 2030, an objective report could say: “MIT has become the leading institution developing the talent of its community members for the betterment of humankind. Known originally as a foundry of ideas and technology, and later as an incubator of new businesses, MIT is now the premier institution developing and applying talent from all quarters to address the world’s great challenges using its famous ‘learning by doing, with caring and respect’ approach to collaborative problem-solving by students, postdocs, staff, and faculty.”