How can one tree tell the story of climate change?

Indeed, whether forests were sheltering our arboreal ancestors in Africa, supplying timber and fuel, soaking up part of our excess carbon emissions, or fending off the invasive pests transferred across oceans by globalization, they’ve long supported our progress as a species, suffered the consequences of our missteps, and acted as living beacons when civilizations fall out of balance. As Mapes puts it, “We’re in this together.”

What does the tree say?

Knight Science Journalism at MIT (KSJ) where Mapes was a Fellow in 2013-14, has just released a short documentary video about her ambitious project to use a single tree as a storytelling device to explore the impact of global climate change. The so-called “Witness Tree” — Mapes borrows the term from 18th-century European settlers, who often used trees to mark the corners of survey sections — is a 100-year-old red oak at the Harvard Forest in rural Petersham, Massachusetts. 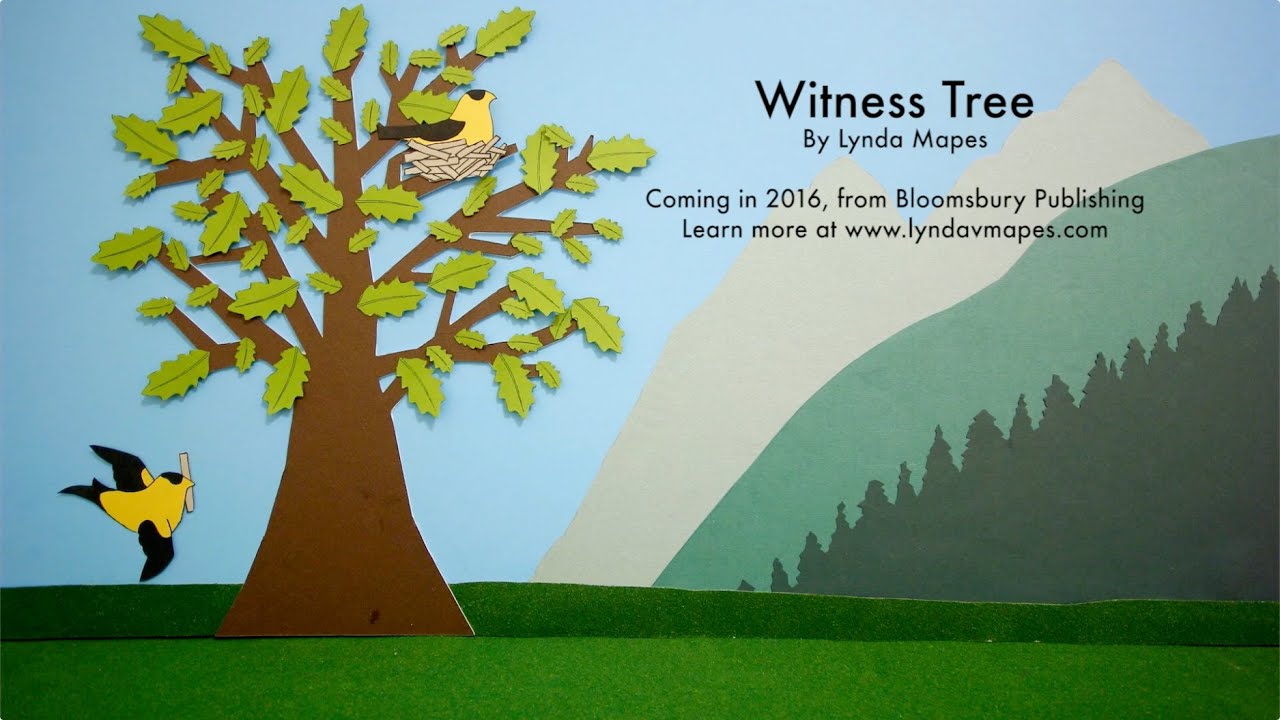 Mapes moved to Petersham in the summer of 2014 after the forest, a 3,500-acre research site operated by Harvard University, awarded her a 2014-15 Charles Bullard Fellowship. She has spent the year living among the trees and documenting the work of biologists and ecologists as they study seasonal changes affecting her chosen oak and the surrounding forest.

In a book forthcoming from Bloomsbury Publishing in 2016, Mapes tells of the major changes this one tree has witnessed in its century-long history, including a shift in land use in New England away from agriculture, natural disasters such as hurricanes and fires, and, in the last few decades, record increases in atmospheric carbon dioxide levels.

By closely observing the phenology of trees and other plants — the seasonal changes in their physical characteristics — researchers at the Harvard Forest are identifying a trend toward longer growing seasons, Mapes says. Winter is arriving later, and spring earlier.  Researchers believe that global warming from human-made greenhouse gas emissions is a contributing factor.

Patrick Wellever, KSJ's digital media training coordinator from 2011 to 2015, proposed a plan to visit the Harvard Forest at key moments in the fall, winter, and spring and to ask Mapes and the scientists with whom she’s embedded to talk about their work on film.

It was an ideal project for Knight Science Journalism, which offers hands-on media instruction as part of its nine-month fellowship program for experienced science and technology journalists. Not only would it give the program an opportunity to highlight ingenious work by a former Knight Fellow, but it would allow the 2014-15 fellows to hone their videography skills.

Does nature need us?

Rachael Buchanan, Giovana Girardi, and Bob Young of the KSJ 2015 class did camera work for the project, and Wellever served as director, producer, editor, video instructor, and occasional cameraman. The finished 10-minute film cuts between interviews and outdoor footage, conveying Mapes’ passion for her story, the power of sustained scientific reasearch, and the calm majesty of the forest itself.

“Nature doesn’t need us, actually,” Mapes notes in the film. “We need nature. We need a functioning natural world if we are to persist. We are the species most at risk and with the most to lose if we can’t make a change. The tree, to me, represents the beauty of this living world, and how critical it is to keep a place in this beautiful world for ourselves — by taking care of it.”

Knight Science Journalism at MIT, a program of MIT's School of Humanities, Arts, and Social Sciences, helps science and technology journalists build their competence, confidence, and connections through a fellowship program structured around course work, seminars, field trips, and workshops. The nine-month fellowships have now trained more than 320 journalists from every continent except Antarctica. To help meet the demand for multimedia skills across all fields of journalism, KSJ also offers a series of digital media training sessions on topics like videography and audio storytelling. In the U.S., fellows work at all of the top-tier newspapers, magazines, broadcast outlets and news services.