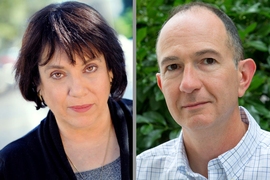 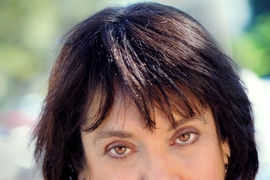 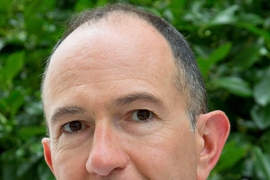 Whether the public is reading about the Ebola outbreak in Africa or watching YouTube videos on the benefits of the latest diet, it’s clear that reporting on science and technology profoundly shapes modern life. In an effort to propel such reporting to the highest levels, the Knight Science Journalism (KSJ) fellowship program — located within MIT’s School of Humanities, Arts, and Social Sciences — enables top journalists to spend a year at MIT studying science and technology, as well as the political, economic, and cultural contexts in which science and engineering develop. Knight Fellows enrich their understanding so that they can better communicate knowledge to the public; today, more than 320 KSJ alumni work at major news outlets around the globe.

In July, Pulitzer Prize-winning journalist Deborah Blum was named KSJ’s new director, effective July 1, 2015. At the same time, Wade Roush, the former editor-at-large of the innovation news site Xconomy and a 1994 PhD graduate of MIT’s Program in Science, Technology, and Society, was named acting director of the program. Below, Blum and Roush discuss their views on science and technology journalism, its impact on society, and how KSJ might contribute to the future of the profession.

Q: What is the major promise of contemporary science writing? Why is science journalism so important at this moment in time?

Roush: Every single one of the big existential challenges we face in this century calls for better science, to identify the problems, and better technology, to identify the solutions. But the science won’t get done, and the solutions won’t get implemented, unless the general public is part of the process. And to be involved in a meaningful way, citizens need accurate information. That’s where science and technology writers come in.

Do we want consumers and voters to be prepared to make smart decisions that will contribute to rational policy changes? If so, we have to figure out how best to engage them and offer a wide range of compelling and accurate stories about science and technology.

Blum: If we, as a society, don’t broaden our basic research literacy — our scientific understanding of the way life works — then it’s very difficult for us to make common-sense decisions that allow us to take care of each other and our environmentally endangered planet. And beyond the save-the-world aspects — and, yes, they matter — I think a basic understanding of science accomplishes an essential something else. It reminds you that we live on the most fantastic, complicated, unexpected place. It just makes life more interesting.

Q: Can you point to a story, or series of stories, as a good example of the degree to which well-done science writing can have a significant impact on public awareness or policy decisions regarding key issues?

Blum: I think we’re starting to see an increasing public acceptance of the idea of global climate change. It’s slow, but it’s there. And that shift has been driven not by a series, or a single story, but by decades of determined coverage by science and technology writers. It’s what New York Times writer Andy Revkin calls “a slow drip” story — not one dramatic event, but the gradual assemblage of evidence. As we continually remind people of the climate connections in everything from Western droughts to rising seas, we allow them to better understand the realities of the way human activities drive major environmental shifts.

Of course, focused investigations have produced more immediate changes — closed dysfunctional laboratories, changed legislation, revised programs — and I’d be happier if our response to such major issues as climate change also moved faster. But science itself is a process; it’s not event-driven. So, we just need to keep pushing to increase scientific literacy and to tell stories more effectively.

Roush: Rather than refer to a specific story, I’ll point to a whole genre of stories: post-disaster coverage. After a natural or technological disaster like Katrina or Fukushima, the media swing into action, and they generally do a pretty good job of identifying the roots of the disaster and educating audiences about previously unacknowledged risks — like, at Fukushima, the risk that an earthquake and tsunami would overwhelm the plant’s safety systems. This can lead, in turn, to much greater public awareness of such dangers, which often gives advocacy groups leverage to press for political action and safety reforms.

Journalists have a responsibility to explain both the benefits and the costs of scientific and technological progress. How they move from breaking news coverage of disasters to smart “second-day” stories to more revealing investigations a week or a month later is one of the greatest tests of their skill.

Q: What are some of the ways the Knight Science Journalism program can further engage the public in important technology and science policy discussions?

Blum: As a science writer, I’m interested in the audience that has stepped away from, or even rejected, a science understanding. For many people — and that group in particular — science writing can become part of an informal post-secondary education. So, I’d like to see KSJ become more of a resource for both science and technology writers, and for the public — and a much higher-profile one.

Roush: What we can do next is begin to lead the conversation about equipping the public to have its say on problems like global warming, energy, health care, and food security. It’s time to admit that the media haven’t done an adequate job to date of cutting through the fog of misinformation and politicized rhetoric about matters like climate change, vaccination, the teaching of evolution in schools, or the place of the scientific method itself. In a piece for The Atlantic recently, science writer Charles Mann put it perceptively: “Bewildered and battered by the back-and-forth, the citizenry sits, for the most part, on its hands.” That’s not an acceptable outcome.

Our plan for the Knight program is to create some new space — through research, publications, events, and new-media experiments — for critical inquiry into this question of science and technology engagement or outreach. How does it work? Who does it well? In the era of Jon Stewart and Stephen Colbert, what constitutes credibility?

Blum: We’re talking about ideas like this as well as more interactive ideas, such as innovative public events, building stronger relationships with other organizations interested in science literacy, and finding a way to support innovative science communication projects around the country and internationally. We’re still thinking our way through some of these ideas, and we’re excited about the possibilities.