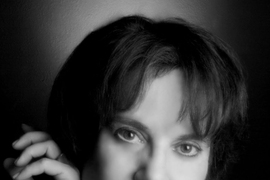 ↓ Download Image
Caption: Deborah Blum, a Pulitzer Prize–winning journalist, will serve as director of Knight Science Journalism at MIT beginning in July 2015.
Credits: Courtesy of the School of Humanities, Arts, and Social Sciences 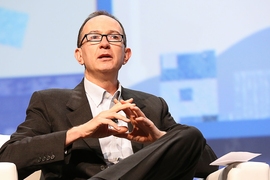 Caption:
Deborah Blum, a Pulitzer Prize–winning journalist, will serve as director of Knight Science Journalism at MIT beginning in July 2015.
Credits:
Courtesy of the School of Humanities, Arts, and Social Sciences

Deborah K. Fitzgerald, the Kenan Sahin Dean of MIT’s School of Humanities, Arts, and Social Sciences (SHASS), has announced that Pulitzer Prize-winning journalist Deborah Blum will join MIT in 2015 as the director of Knight Science Journalism at MIT, a fellowship program that enables world-class journalists to spend a year at MIT studying everything from science, technology, and engineering to history of science, literature, policy, and political science.

Currently the Helen Firstbrook Franklin Professor in the School of Journalism and Mass Communication at the University of Wisconsin at Madison, Blum will succeed Philip J. Hilts, who recently retired from MIT after serving as the Knight program’s director since 2008.

“I am honored and excited to be selected as the next director of the Knight Science Journalism Program at MIT,” Blum says. "It’s a wonderful opportunity to work with some of the smartest people in the field in helping to foster and encourage science communication around the world. If we really want to build a science-literate society, open to everyone, then programs like this play an essential role in making that happen.”

Blum will assume the role in July 2015. During the 2014-15 academic year, the Knight program will be led by Wade Roush, former editor-at-large at the online innovation news service Xconomy. His appointment as acting director is effective July 1, 2014.

Roush is a PhD graduate of the MIT-SHASS Program in Science, Technology, and Society (STS), in which the Knight program resides. “It's an incredible honor to be asked to lead the fellowship program for the coming year, especially given my historical connections to MIT through STS and founding Knight program director Victor McElheny, a longtime mentor and friend,” Roush says. “The Knight fellowships are invaluable to the media business because there's no better opportunity for journalists covering science, technology, health, and the environment to devote a year to deep learning and professional renewal.”

Furthering the understanding of science and technology

"I am delighted that two such distinguished science journalists will continue and expand MIT's 32-year enterprise, which offers midcareer science journalists a ‘drink from the firehose’ of MIT's emerging science and engineering research,” Fitzgerald says. “The School is honored to host this critical effort to build the understanding of science and technology beyond our walls."

During Roush's yearlong appointment, he will work closely with Blum and other colleagues at MIT to undertake an initiative designed to explore new ways for journalists to engage with the public around issues of major technological and scientific importance. The initiative will begin by forging new collaborations across MIT departments, labs, and centers, capitalizing on the Knight Science Journalism program’s existing links to many parts of the Institute.

"We are very excited at this great opportunity to build on the many strengths of the Knight program, to foster innovative work in communication about science, technology, and innovation," said David Kaiser, the Germeshausen Professor of the History of Science and department head of STS.

Now the leading fellowship program in the world for science and technology journalists, the MIT Knight fellowship program admits 12 to 15 seasoned journalists each year to spend two terms at MIT honing their science reporting skills, while working alongside scientists and researchers. The program now boasts 320 alumni working at major news outlets in 40 countries.

Her most recent book, "The Poisoner's Handbook" (Penguin, 2010), chronicles the birth of forensic science in the United States, and was featured as a two-hour documentary on "The American Experience," a critically-acclaimed series from PBS.

Blum is an affiliate of the University of Wisconsin Science and Technology Studies program, former president of the National Association of Science Writers, and co-author of "A Field Guide for Science Writers." She frequently blogs for Wired magazine and The New York Times. She has also been a commentator for the MIT Knight program's online critique of science coverage, the KSJ Tracker.

Roush earned his PhD in 1994 in the history and social study of science and technology from the MIT Program in Science, Technology, and Society, an academic field of SHASS. He later worked as a staff reporter for Science and a senior editor at MIT Technology Review, and has frequently contributed to other publications.

He joined Xconomy as chief correspondent in 2007, first working in Cambridge, Mass., and then moving to San Francisco, where he ultimately served as editor-at-large. While at Xconomy, Roush created and served as managing editor for Xperience, a section of Xconomy designed to explain the impact of new technology on consumers.

MIT's first science journalism program began in 1982 as the Vannevar Bush Fellowships in the Public Understanding of Technology and Science, which operated with support from the Alfred P. Sloan and Andrew W. Mellon foundations. In 1987, the program was renamed Knight Science Journalism at MIT after the John S. and James L. Knight Foundation committed its support to the program. In addition to Hilts (2008-2014), previous directors of the Knight program include McElheny (1982-1998) and Boyce Rensberger (1998-2008).

"The Knight Science Journalism program, to me, has always been one of the most exciting programs in science journalism," Blum tells Paul Raeburn of the KSJ Tracker. In his post, Raeburn reveals some of Blum's plans for the future, as described in an interview, and explains the significance of the dual appointments of Blum and Roush.