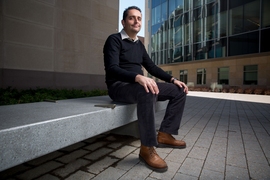 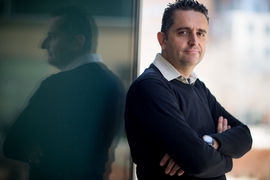 Are you interested in cities and urban form? Do you ever wonder, for instance, why new housing developments spring up in certain places, but not others?

So does Albert Saiz, an associate professor in MIT’s Department of Urban Studies and Planning (DUSP) and director of both the MIT Center for Real Estate (CRE) and the Urban Economics Lab. In recent years, Saiz has published multiple papers examining the underlying, often hidden factors behind the supply of places to live in big cities.

“There’s not enough work on the supply side of housing, so a lot of my research has been on that,” Saiz explains, listing several of the factors that affect new building projects — construction costs, land supply, local policies, geographic constraints.

Or perhaps you’re interested in immigration and cities. What are the patterns in which immigrants arrive and stay within cities? How much integration or segregation do they experience? Over the last decade, Saiz has become a leader on this topic as well, publishing an array of papers and spearheading a large project that’s currently looking at European immigration patterns.

Maybe you’re also interested in, say, gender and politics, and want to know how female politicians fare in elections in urban areas. Saiz has been there, too: He has a new paper on the subject, due to be published soon, based on a sudden change in election laws in his native Spain.

In short, Saiz is an economist with a nearly boundless appetite for social inquiry across a number of fields — which he usually chooses to pursue as it relates to cities.

“It’s a very nice field in the sense that it’s very multidisciplinary,” Saiz says, of urban economics. “These social tissues are localized in cities.” The energy he draws from interdisciplinary inquiry is helping him oversee the current expansion of CRE, and add economic tools to DUSP’s research portfolio.

“I’ve always been a very intellectually curious person,” Saiz says. “I come to my office every single day and I learn something new. Every single day. And that’s just the best job I could have.”

From Spain to MIT

Saiz grew up in Girona, a city in northeastern Spain with a much-visited medieval walled center. He received his BA and MA in economics from the Autonomous University of Barcelona, about 60 miles south. Both places, Saiz believes, helped imprint upon him a deep interest in urban form and the evolution of city spaces.

“It’s a fantastic city,” Saiz says of Girona. “I’ve always been interested in urbanism and places; I like architecture and urban design. That’s a very Barcelona thing, too.”

On another level, though, Saiz already knew he wanted to be an economist.

“When I was 12 or 13, I was already pretty much set on that,” he reflects. “I was very precocious as to liking politics, policy, and world affairs. But I also liked math a lot. It seemed to me, at that tender age, that economics was great in marrying social interest with quantitative approaches.”

Saiz came to the United States to do his PhD at Harvard University, graduating in 2002, and has largely stayed in the country since then. After getting his PhD, Saiz was hired in 2003 as an assistant professor at the University of Pennsylvania’s Wharton School; in 2012, he joined MIT, where he is the Daniel Rose Associate Professor of Urban Economics and Real Estate.

As director of the CRE, Saiz is overseeing a rapidly expanding portfolio of projects. The CRE is at the center of a $118 million gift from MIT alumnus Samuel Tak Lee ’62, SM ’64, announced in January. The gift, one of the largest MIT has ever received, will promote socially responsible entrepreneurship in real estate, with a particular emphasis on China.

Saiz is continuing apace with his own research as well. One unique and sprawling project he is pursuing, on immigration in Europe, is examining whether long-established urban residents in Spain tend to move to suburbs after an influx of immigrants in their own neighborhoods. Tracking 40 million people over a decade, Saiz is using some big social-science data to map and study the question, and expects multiple papers to emerge from the research.

Saiz also teaches DUSP students in subjects such as microeconomics and international housing, so they can have the “tools that they need when they have to think about projects and public finance,” he says.

On the other hand, Saiz notes of his students, “I don’t have the skills that they do. So it’s a great dialogue, it’s a great exchange of skills. I learn about planning, architecture, design, traffic — it’s fantastic.”

And whatever research questions Saiz pursues in the future, he suggests they will derive from the real-world issues he encounters as an urbanite and curious scholar.

“Urban economics is about why there is so much traffic on this road, and how can we change incentives to make people drive less,” Saiz says. “It’s very tangible. Why is that building there, and why is it so tall? Why is the rent so high in one place, whereas you go somewhere else and it’s very different? It’s the tangibility of urbanism that makes me like urban economics.”

At the intersection of real estate and urban economics