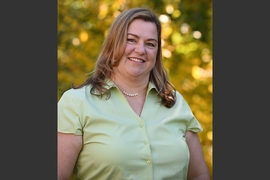 Cecilia Warpinski Stuopis ’90, who is now vice president and executive medical director for accountable care at the Dartmouth-Hitchcock health system in New Hampshire, will join MIT later this year as director of MIT Medical.

Israel Ruiz, MIT’s executive vice president and treasurer, announced the news today in an email to the MIT community.

Stuopis became vice president of Dartmouth-Hitchcock earlier this year, adding to her role as the health system’s executive medical director for accountable care since 2012. She previously served as chair of the Department of Obstetrics and Gynecology at Dartmouth-Hitchcock Nashua from 2001 to 2012, and as a clinical informatics physician.

Stuopis earned her BS in aeronautics and astronautics from MIT in 1990 and her MD from the University of Nevada School of Medicine in 1996. She completed her residency in obstetrics and gynecology at the Ohio State University College of Medicine in 2000, and currently holds an appointment as a clinical adjunct associate professor at Dartmouth’s Geisel School of Medicine. She will be completing a master’s degree in health care delivery science at Dartmouth in 2016.

MIT began a national search for an individual to lead MIT Medical following the October 2014 announcement that William Kettyle would step down from this position following more than 20 years of service. Kettyle has continued as medical director during the search process.

“I am thrilled that we have found such an exceptional individual deeply committed to providing high-quality health care for the MIT community,” Ruiz wrote. “Dr. Stuopis is a respected physician leader and clinician with a strong clinical informatics background and a proven record of success in managing various aspects of a diverse health care organization.”

As director of MIT Medical, Stuopis will provide strategic and clinical leadership for MIT Medical, which serves an MIT community of over 20,000 students, faculty, staff, and retirees, as well as members of their families. The director is responsible for administering and evaluating health care services, assuring compliance with MIT policies and federal regulatory requirements, and joint commission accreditation.

“I am excited to be returning to MIT as the medical director for MIT Medical,” Stuopis says. “I am looking forward to collaborating with the providers, staff, and MIT community at large to improve the health of the entire MIT population in meaningful and measurable ways. Together, we should be able to innovate for the better health of our community — much as MIT is an innovator in education and research.”

In making this announcement, Ruiz expressed gratitude to the search committee co-chairs — Saul Weingart, chief medical officer at Tufts Medical Center and chair of MIT Medical’s management board, and Anthony Sharon, MIT’s deputy executive vice president — for their leadership. He also thanked all of the members of the search committee for their dedication and service.

“Dr. Stuopis has an extensive background across the many aspects of health care — as a practicing physician, department head, clinic director and adjunct professor,” Sharon says. “During the interview process, she expressed many ideas for reaching out to students and managing the care of faculty, staff and retirees. We are excited to have her on board.”

Since returning to New England after completing her medical training in 2000, Stuopis has volunteered for MIT in a number of areas. She has acted as an educational counselor; an accreditation visitor for the Association of Independent Living Groups and the Office of Fraternities, Sororities, and Independent Living Groups; and as a member of the Class of 1990 reunion gift committee.

Stuopis plans to transition to MIT late this fall and join MIT full-time beginning in January. She currently resides in Amherst, New Hampshire, with her husband, Paul Stuopis ’87, and their three children. Stuopis’ daughter Isabella is an MIT senior; her son Tomas is a sophomore at McGill University; and her daughter Katerina is in seventh grade.

Kettyle to step down as medical director of MIT Medical