Anne White has always relished challenges. As an undergraduate, she was fascinated by fluid dynamics, and the prospect of nuclear fusion as a game-changing energy source. She followed those passions to her current position as the Cecil and Ida Green Associate Professor of Nuclear Science and Engineering, where she spends much of her time studying plasma turbulence — which is a challenge unto itself.

“I like it because it’s really difficult,” she says. “You take fluid turbulence and add electrical and magnetic fields, which make it even harder to understand. Then you heat it to 100 million degrees and have to figure out ways to measure it and see what it’s doing. That’s why I’m at home here at MIT — everyone’s really excited about tough things.”

But plasma turbulence isn’t just an intellectual exercise for MIT’s Department of Nuclear Science and Engineering. It’s also a key obstacle in the worldwide effort to realize fusion’s potential as a clean, economical source of electricity, fueled by safe and readily available materials.

Achieving that potential requires the reliable creation and harnessing of “burning plasmas” — ongoing reactions in a charged, superheated gas that create more energy than they consume, the same process that powers stars. 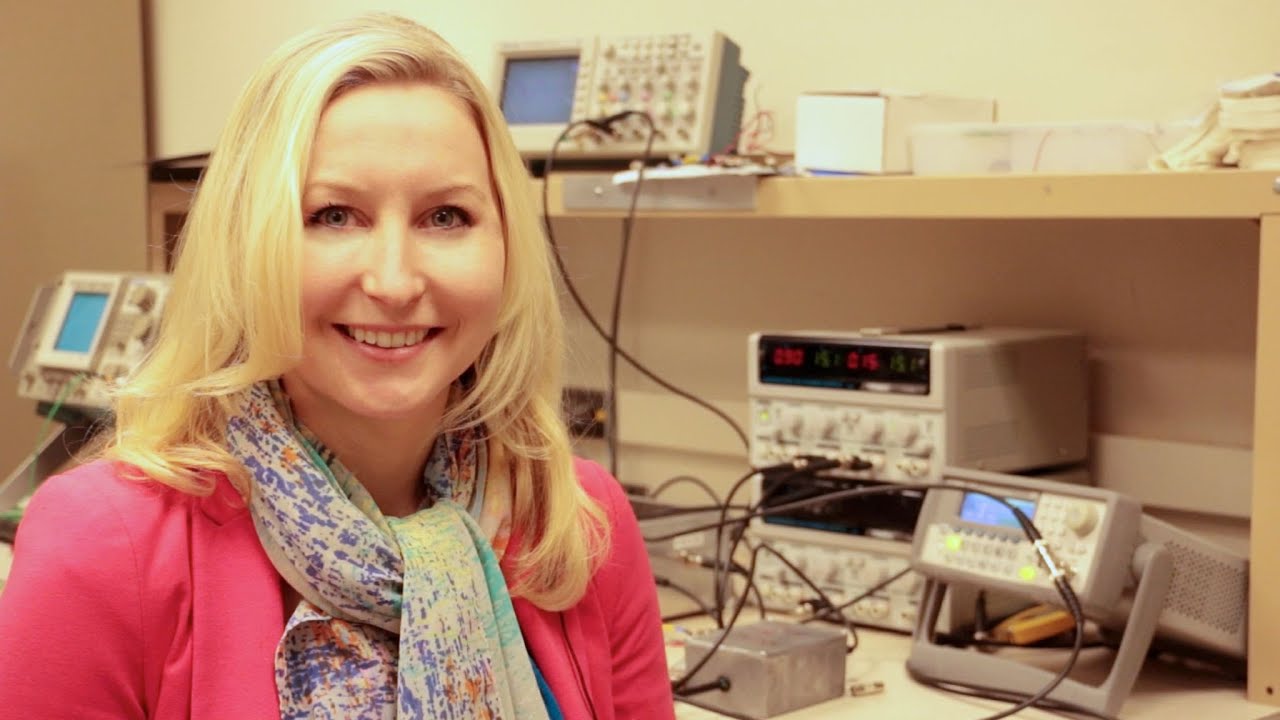 White’s team, working at MIT’s Plasma Science and Fusion Center (PSFC) and in intensive collaboration with other groups worldwide, is an international leader in assessing and refining the mathematical models used in fusion reactor design. “We compare turbulence transport models with experimental data, validating them so there can be confidence in their predictive ability,” she says.

This work has led to a new perspective on the nature of plasma turbulence, a discovery that has changed the standard model used to understand conditions inside fusion reactors.

“We’ve always known that there’s big turbulence, on scale of an ion Larmor radius [the radius of the helical path of a charged particle in a magnetic field], and much smaller turbulence, on the scale of an electron Larmor radius, and that each can be dominant at different times,” explains White. “You’d expect electron turbulence to be dominant in more extreme plasma conditions. But all indications are that it’s dominant even in simple vanilla plasma processes, which was unexpected.”

That discovery (which involved doctoral student Choongki Sung, undergraduate Curran Oi, and collaborating scientists from the Oak Ridge Institute for Science and Education, the University of California at San Diego, and General Atomics) is now backed up by new cutting-edge simulation results. The project is informing research across the fusion community, and represents the type of collaborative development that will be a model for the PSFC going forward.

Much international attention is currently focused on the International Thermonuclear Experimental Reactor (ITER), currently being built in France. The facility, one of the biggest scientific projects in history, will be a milestone, but White says subsequent generations of reactors must quicken the pace.

“There’s great confidence that when ITER is built, it will [achieve burning plasma], we know the development path,” says White. “The trouble is that the existing path is so big and expensive, and the time step between iterative experiments is so long, that advancement gets stifled.”

One promising avenue is smaller, more nimble projects, like MIT’s proposed Affordable, Robust, Compact reactor design, which is being explored at PSFC under newly appointed director Dennis Whyte. “This type of smaller, more modular reactor is a way of leaping ahead and evaluating advances in materials science, magnet technology, and other fields,” says White, who notes that the trend will make reliable plasma transport models even more important.

White, who recently received the School of Engineering’s Junior Bose Award for teaching as well as several national honors for her research, maintains an active class schedule — graduate plasma physics, an undergraduate electronics class and the popular 22.012 (Seminar in Fusion and Plasma Physics), which attracts undergrads from across the Institute and other local universities. “They’re really excited about fusion and energy,” says White, who hopes to bring more students (including undergraduates) into her group’s efforts.

While acknowledging that the path to practical fusion will be long and expensive, White takes heart from the fact that with ITER, “countries representing more than half the world’s population are working on a $20 billion science project. On balance, isn’t it amazing that all these countries are teaming up to do something for the good of the world? The science will be awesome, but science for peace is a really strong thing.”