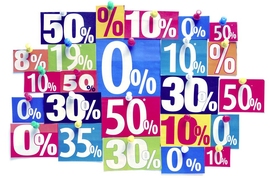 From the outside, you might not notice the ongoing tension within many large businesses: the battle between salespeople, on the one hand, and marketers and product managers, on the other. Because the salespeople often benefit from lower prices, they question their own firms’ price policies. But the marketers may suspect that the salespeople just need to try harder to close deals.

Indeed, in many large companies, salespeople seem to spend a large portion of their time lobbying for lower prices. And past research has found that in a wide swath of business-to-business settings — in software, consulting, and other industries — 70 to 80 percent of transactions involve adjusted prices that were set after internal deliberations of this kind. But does such fluid pricing, and this expenditure of time and energy by the sales force, really help a firm?

Now a paper by Simester and colleague Juanjuan Zhang, based on extensive research within large firms, offers a new perspective on the practice of giving salespeople input in pricing. They found that it actually does make sense, in times of weak demand — provided the business requires salespeople to show evidence about the market. Using those mechanisms, a firm gains knowledge of market conditions from its sales force.

“It looks like a totally unproductive activity, adding a layer of bureaucracy to price flexibility,” says Simester, the Nanyang Technological University Professor of Management Science at the MIT Sloan School of Management. However, he adds, “It’s still profitable for firms to do so. The reason is that it can increase the level of trust you have in your sales force … if you make the process difficult enough so they only want to go through [it] when they need to.”

Show me the evidence

The paper — “Why Do Salespeople Spend So Much Time Lobbying for Low Prices?” — is published in the journal Marketing Science and based on research Simester and Zhang conducted inside a variety of companies. About 72 percent of executives, in their survey, agreed with the statement, “Salespeople want to charge prices that are too low.”

The paper also models the conditions in which price-lobbying makes sense. From in-depth interviews, the researchers found that some businesses have arrived at verification mechanisms regarding the claims of their salespeople: During in-house price negotiations, the sales team will be forced to produce evidence that the potential client is, for example, considering purchasing products from a rival. This can serve as evidence that demand is indeed low.

“These pricing decisions are huge for a firm,” Simester observes. “The key is, ‘How do I uncover that information without allowing the sales force to shirk?’”

Essentially, the firm seeks to extract otherwise “private information” held by the sales force. In theory, this kind of information should be easier to obtain in times of low demand for a company’s products, because potential clients are willing to signal their interest in buying competing products.

Such information may be harder to obtain when the firm is the only supplier under consideration — but in such high-demand situations, salespeople have a greater incentive to simply move ahead with a deal, rather than spending time lobbying for lower prices.

Other scholars have found the research interesting. Anthony Dukes, an associate professor of marketing at the University of Southern California, calls it an “excellent paper” that moves past “easy explanations” about the varying incentives of firms and salespeople. Since organizations may not know if strong demand stems from a good sales effort or is caused by other conditions, Dukes notes the practice of having salespeople lobby for tailored prices “becomes a credible signal” about those conditions.

Dukes adds that further research in this area could explore which forms of internal lobbying work best for businesses. If salespeople value their time especially highly, then a firm’s process for discussing prices could be set up so that the sales force will want to minimize the time they spend on the subject when further sales could be made.

To be sure, the paper’s model of firm behavior also makes the most sense if a company has an efficient sales force with good working knowledge of market conditions. Future research, as the paper concludes, might also explore situations in which “the sales representative’s private information is of worse quality” than the firm’s.

“The explanation is all about the sales force knowing more than the firm,” Simester acknowledges.

Still, he and Zhang found that this dynamic, as modeled, seems to be alive and well in American businesses.

“The managers were happy to talk about it because it’s a topic of frustration,” Simester notes. “The problem seems to be fairly pervasive.”