When the job search becomes a blame game 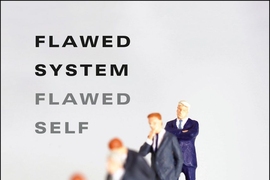 Searching for a job is tough — and the nature of the hiring process in the United States makes matters far tougher, and more emotionally fraught for workers, than it needs to be.

That is the central assertion of MIT’s Ofer Sharone in a new book based on his in-depth study of the American and Israeli white-collar labor markets, which operate very differently.

In the U.S., Sharone says, job hunts emphasize the presentation of personal characteristics; job seekers play, in his terms, a “chemistry game” with prospective employers. In Israel, by contrast, the job-placement process is more formally structured and places greater emphasis on objective skills.

As a result, white-collar workers in the U.S. are more likely to take their job-market struggles personally, and find it harder to sustain searches.

Examples of American workers taking their job-search struggles personally abound from the interviews Sharone conducted during his research. Consider Nancy, a former venture capitalist, who told Sharone that when she struggled to find a new position, “I started to feel there was something wrong with how I interviewed. And then, something wrong with me.” Chris, a marketer, confided to Sharone that “the hardest thing is esteem, confidence. It’s killed.” And sometimes job-search struggles turn into disastrous, all-consuming personal problems: Richard, an accountant unemployed for a year, attempted suicide, saw his marriage dissolve, and told Sharone that his job search was a “terrible emotional experience.”

All of this constitutes a significant social issue at a time when, according to estimates, 4.1 million Americans in the labor market have been unemployed for more than six months. Moreover, some studies have shown that these workers have a harder time attracting interest from employers as a result of their time out of work.

“These are people who never thought this could happen to them,” Sharone adds. “They are educated, they have experience, they are exactly the people our society makes out to be the winners.”

Sharone’s book, “Flawed System/Flawed Self: Job Searching and Unemployment Experiences,” has just been published by the University of Chicago Press.

A sociologist by training, Sharone decided to conduct a comparative study of hiring practices in the two countries in part because they both have thriving information-economy sectors: The San Francisco area and Tel Aviv have the world’s densest concentrations of high-tech firms, for instance. In researching the book, he conducted scores of in-depth interviews with job seekers, was given access to job-search support organizations, and analyzed job-search literature in both places.

This cross-cultural comparison led Sharone to conclude that while joblessness is almost always difficult, it is experienced differently in different national contexts.

“In both [the U.S. and Israel], job seekers become demoralized, but at different rates,” Sharone says. “This is an unintended consequence of the hiring system.”

In Israel, companies seeking employees more often outsource hiring to third-party firms that screen applicants, conduct pre-employment tests, and sharply winnow the pool of candidates before face-to-face contact between prospective employers and employees. Israelis may feel those tests are unfair, but tend to blame the system for their inability to get rehired.

“In Israel, nobody was blaming themselves,” Sharone says. By contrast, a majority of Americans he talked to “would confide fears about themselves.”

Intriguingly, Sharone’s research reveals that Americans do not blame themselves for losing jobs in the first place, but soon look inward if they do not land new ones.

“People talk about the layoffs in external terms, about outsourcing, or corporate restructuring, or the economy,” Sharone says. “But things really switch when they talk about why they are having trouble finding new jobs.”

Often, job-hunting Americans soon find fault with their own personalities, networking skills, or lack of career direction, and become distressed by the “emotional labor” of looking for work.

In Sharone’s estimation, the litany of popular books and materials offering advice to job seekers along self-help lines may make things worse for the long-term unemployed: Along with helpful tips about cover letters or job interviews, he says, come self-help dictums about taking control of one’s life that are meant to motivate and inspire but can backfire by reinforcing workers’ fears that they are to blame for their own job-market problems.

“This advice resonates in the U.S. because it fits the institutions of hiring,” Sharone observes. However, he adds, “It can backfire when applied to someone who is six months unemployed, and looking tirelessly for a job.”

Sharone’s work has been well received by other scholars. Michele Lamont, a sociologist at Harvard University, calls the new book “an insightful analysis of the experience of unemployment in the United States and Israel,” and says it “illuminates the aspects of job-searching experiences that are generally ignored or misunderstood.”

Sharone’s follow-up work aims to find new ways of assisting the unemployed in the job-search process. “Nothing about these unemployment experiences is inevitable,” as he writes in the book.

To that end, Sharone has embarked on a new research program, called the Institute for Career Transitions, designed to study job-search problems in a new way. Working with economist Rand Ghayad of Northeastern University, Sharone is monitoring the job searches of more than 100 workers and matching many of them with career advisers in an effort to evaluate whether more personalized job-search support is effective.

“We want to research what are the most effective, most promising ways to support this group,” Sharone says.

Richard Eisenberg of Forbes speaks with Professor Ofer Sharone about his research and tips for white-collar job seekers. “Meeting with people face to face who you worked with in the past and can vouch for your abilities can help you overcome some of the barriers built into the hiring process,” says Sharone.

Benjamin Swasey of WBUR reports on a project led by Professor Ofer Sharone that examines long-term unemployment. The project paired unemployed job seekers with career coaches and counselors. The research, “indicates to me that the damage being done by the unemployment can be mitigated,” explains Sharone.

Debbie Siegelbaum reports for BBC News on how long-term unemployment is impacting Americans. The article cites research by MIT Professor Ofer Sharone, who found that Americans tend to blame themselves for unemployment.