Caption:
A shaded relief map of part of the Dan River basin in Virginia, with blues indicating lower elevations and reds indicating higher elevations. The Blue Ridge Escarpment, which crosses the image from lower left to upper right, is migrating northwest as river basins on the southeastern side erode faster than those to the northwest.
Credits:
Image courtesy of Scott McCoy

Large river networks — such as those that funnel into the Colorado and Mississippi rivers — may seem to be permanent features of a landscape. In fact, many rivers define political boundaries that have been in place for centuries.

But scientists have long suspected that river networks are not as static as they may appear, and have gathered geologic and biological evidence that suggest many rivers have been “rewired,” shifting and moving across a landscape over millions of years.

Now researchers at MIT and the Swiss Federal Institute of Technology (ETH Zurich) have developed a mapping technique that measures how much a river network is changing, and in what direction it may be moving. Their results are published in this week’s issue of Science.

The technique focuses on a river network’s drainage divides — ridgelines, such as along mountain ranges, that act as boundaries between two river basins. As rainwater flows down either side of a drainage divide and into opposing rivers, it erodes the underlying rock. The river on one side of a divide may erode faster than the other, creating what the researchers call an “imbalance” in the river network. To reach a balance, they reasoned that a drainage divide must shift to assume a more stable pattern.

The team came up with a measurement technique to determine the direction in which a divide would have to move to bring its river networks into balance, and then made these measurements in actual landscapes, including regions in China, Taiwan, and the southeastern United States. They found that while some river networks matched the stable pattern — suggesting that these are relatively static — other networks, such as those in the southeastern U.S., produced patterns implying that these regions are currently shifting and changing. 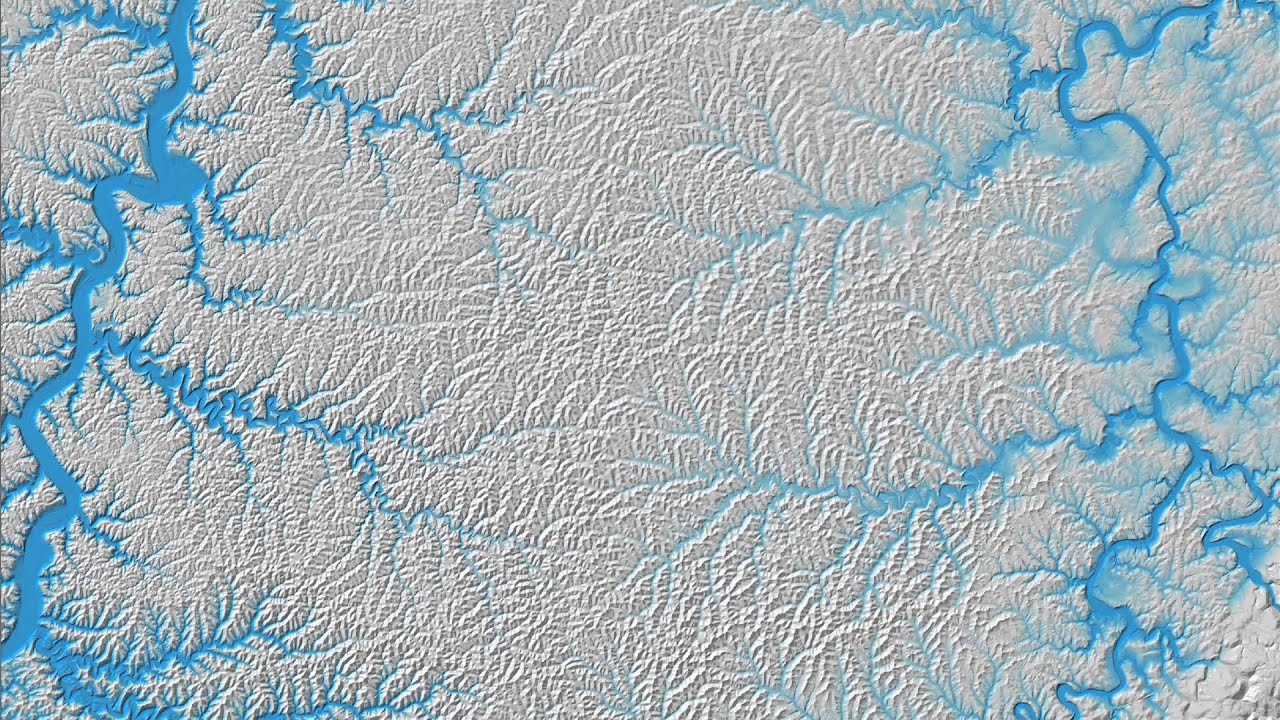 “We’re able to get a sense of whether a given river network is undergoing dramatic change, and whether individual drainage basins are shrinking, expanding, or migrating laterally,” says co-author Taylor Perron, an assistant professor of geology in MIT’s Department of Earth, Atmospheric and Planetary Sciences. “We take an instantaneous snapshot of the degree of reorganization, and also the direction in which it’s happening.”

Balancing across a divide

Knowing where river systems are shifting may help explain curious disparities found in certain river basins. For instance, Perron points to some river networks where scientists have identified sediment or fish species that better match the geology or genetic makeup of a nearby river basin. The drainage divide separating these basins may have shifted abruptly sometime in the past, transferring one river’s headwaters to the river on the opposite side.

How ridgelines, or drainage divides, migrate is determined by how fast either side of a ridge erodes. If a river on one side cuts into the underlying bedrock faster than the river on the other side of the divide, this imbalance can push a ridge across a landscape over time.

“But that’s pretty hard to gauge,” Perron says. “Measuring these very slow erosion rates, typically tenths of a millimeter per year, is difficult. You can’t go to a river and point your Star Trek tricorder at it and see how fast it’s eroding.”

Instead, the researchers calculated what’s called an “equilibrium elevation” for drainage basins on either side of a divide — that is, how high or low a riverbed would have to be to balance two forces: a river’s erosion into rock, and a region’s tectonic activity, which pushes rock up. A mismatch in equilibrium elevation across a drainage divide means the divide is likely in motion: To reach a stable state, the divide must migrate toward the side with the higher equilibrium elevation.

The researchers found that by mapping the equilibrium elevations of entire river networks and calculating mismatches across drainage divides, they could predict the directions in which divides throughout a landscape are migrating.

The researchers applied their technique to three very different river networks, found in the Loess Plateau in China, the eastern Central Range in Taiwan, and the region between the Appalachian Mountains and the Atlantic Ocean in the southeastern U.S.

As it turns out, the rivers of the Loess Plateau — a tectonically stable geologic region — are essentially stationary, as their equilibrium elevations are closely matched across drainage divides. However, the much younger river networks in Taiwan form a very different pattern, seeming to shift dramatically in response to tectonic activity in the region.

What was most surprising to Perron was what is likely occurring in the southeastern United States. While the landscape, which stretches from northern Florida to Virginia, has not experienced much tectonic activity for hundreds of millions of years, the group’s map suggests that river networks in these areas are on the move. From their results, the researchers find that the Blue Ridge Escarpment is moving inland, and essentially dragging behind it river basins, slowly stretching them across the landscape. Over time, Perron says, larger basins near the coast will take over smaller ones, vastly changing the topography.

“What you’d probably see is some of these smaller coastal drainage basins ceasing to exist, like the Ogeechee,” Perron says. “And some bigger basins, like the Roanoke and the Savannah, will probably get bigger. All of these boundaries are shifting, and depending on how long you wait, you could see them go very far.”

Kelin Whipple, a professor of earth and space exploration at Arizona State University, says the group’s technique may help scientists understand the architecture of aquifers and petroleum reservoirs, as well as interactions among climate, tectonics, and seismic hazards.

“They have provided a new tool to evaluate the possible influence of these processes and to identify places where they have been active,” says Whipple, who was not involved in the research. “The group’s technique is excellent and will prove a great addition to the arsenal of tools we have to query landscapes about their history.”

Nature reporter Sid Perkins examines a new technique developed by MIT researchers that shows that how river boundaries are shifting over time. The work could be useful in reconstructing past landscapes and forecasting how Earth’s terrain will look in the future, writes Perkins.