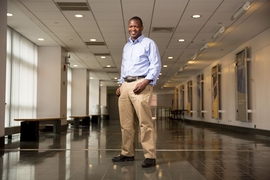 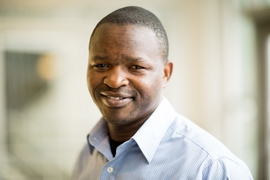 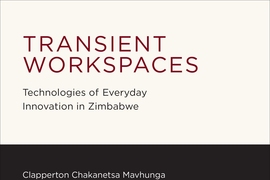 In the border region where Zimbabwe, Mozambique, and South Africa meet, indigenous hunters have for centuries made and used an impressive array of tools. There is the bow, made from giant raisin trees and called the “vurha” or “uta” in the languages of two ethnic groups in the area, the chiShona and the xiTshangana. Local craftsmen make arrows (“matlhari” or “miseve”), knives (“mukwanga” or “banga”), and axes (“xihloka” or “demo”). Until the advent of colonial rule, villagers also dug pits lined with poison-tipped stakes (“goji” or “hunza”), where animals as big as elephants were captured.

“The hunt was a transient or mobile workspace where work was done on the move,” says Clapperton Chakanetsa Mavhunga, an associate professor in MIT’s Program in Science, Technology, and Society. “Boys were schooled in the arts of tracking, shooting, trapping, making weaponry, and using trees as assets for making poisons, medicines, food, and other purposes. The hunt was a professoriate of indigenous knowledge.”

These hunts were also incorporated within a highly spiritualized understanding of forests, animal life, and human behavior, Mavhunga emphasizes. For instance, hunters would never orphan an antelope fawn, and strict local taboos limited elephant hunting to basic needs for meat, skin, and ivory. Chiefs and spirit mediums enforced these rules.

Indeed, the maTshangana calendar is based, in part, on the life cycles of animals: “Mpala,” or November, is when antelopes give birth; “Nkokoni,” or December, is when wildebeest are born and elephants mate. No hunting was allowed during these months.

“Centuries of acquired and received knowledge were available on the annual rates of increase, out of which sustainable yields were calculated,” Mavhunga writes in a new book about technology, society, and nature in southern Africa.

In exploring the hunt as a mobile space for work and education, Mavhunga’s book — “Transient Workspaces: Technologies of Everyday Innovation in Zimbabwe,” just published by MIT Press — is a call for a historical rethinking about the meaning, prevalence, and application of technological innovation in Africa.

“What I am challenging is the idea that technology can only come from outside Africa, from the laboratories and factories,” Mavhunga says. “This general narrative of technology transfer — from the haves to the have-nots — is one I find troubling.”

That isn’t the only thing Mavhunga describes as troubling in his book. The colonial-era portioning of land into game reserves, as he makes clear, has forced indigenous people out of their native lands and criminalized traditional hunting — as “poaching” — while providing local residents no clear economic alternative. That policy has continued in the postcolonial era, to the continued detriment of locals, as Mavhunga emphasizes.

Mavhunga grew up in rural Zimbabwe; his book involves archival and linguistic research, political analysis, and what he describes as “a wealth of childhood and adult experience” that included making some of the technologies he details.

The work also comes from the scholarly recognition that relatively few studies of African technology have been written from an African point of view. A more common perspective focuses on the Western technologies, such as guns and quinine, which helped enable colonial incursions on the continent.

“Western scholars talk about technology in the Roman Empire,” Mavhunga says. “What if we were to do this for Africa? If we say that technology is something that comes prior to the colonial period, what does it do to the way we think about history?”

He adds: “What then happens to the idea and practice of technology when its itineraries are so thoroughly dominated by spirituality? What does it say about the meanings of technology within African societies, if one takes vaShona and maTshangana as an example?”

The deep experiential knowledge of the forests that Mavhunga explores in the book also applies to the tsetse fly, known for transmitting the African “sleeping sickness,” or trypanosomiasis. The tsetse fly inhabits low-lying areas, so vaShona and maTshangana tended to develop agriculture in higher-altitude areas.

When the British forcibly occupied Zimbabwe starting in 1890, they had no technology to deal with the tsetse fly, and so deferred to local technological practices instead, such as concentrated human settlements and control of traffic to reduce the spread of trypanosomiasis; forest-clearance efforts that created buffer zones between infected and uninfected areas; and the elimination of wild animals in such areas.

To accomplish this last step, the British employed vaShona and msTshangana hunters, as Mavhunga’s book explains. In so doing, Europe’s colonizers were relying on the more effective technologies of the Africans, in contrast to the more widespread narrative of Western technological superiority.

“I’ve always been somebody who believes ordinary people have something up their sleeves,” Mavhunga says. “They know things that we think they don’t know.”

“Transient Workspaces” has been well-received by other scholars; Jane Carruthers, a professor emeritus of history at the University of South Africa, calls it a “refreshing history of Zimbabwe [that] offers an original interpretation of African technology.” Bruce E. Seely, dean of the College of Arts and Sciences at Michigan Technological University, says Mavhunga’s book “upends traditional understandings of everything from African independence movements to poaching to what we think we know about technological innovation.”

Ultimately, Mavhunga hopes to spur debate on both the trajectory of African technology and the basic policy questions surrounding game reserves. Postcolonial African governments, he believes, “need to initiate a serious discussion” about the realities of the game reserves and their consequences.

“A lot of people who fought for independence had been promised that they would reclaim these ancestral lands that were taken away from them by force of arms and arson,” Mavhunga says. The essential issue, he adds, is “how to serve the people and save the animals” in these areas; understanding the traditional practices that let both thrive in the past is a necessary first step, in his view.

“Under colonialism, when the hunt was criminalized, all that knowledge was also criminalized,” Mavhunga says. “And when you criminalize that practice, you destabilize the place where the knowledge existed.”

Kim Yi Dionne writes for The Washington Post about Professor Clapperton Chakanetsa Mavhunga’s book ‘Transient Workspaces: Technologies of Everyday Innovation in Zimbabwe’: In it, Mavhunga “paints a vivid picture of hunting in Zimbabwe from the pre-colonial period to the present as he demonstrates how innovation is driven by ordinary people.”

Professor Clapperton Mavhunga speaks with Jasmine McNealy of New Books in Technology about his childhood, the history of innovation in Africa, and his new book, “Transient Workspaces: Technologies or Everyday Innovation in Zimbabwe.”