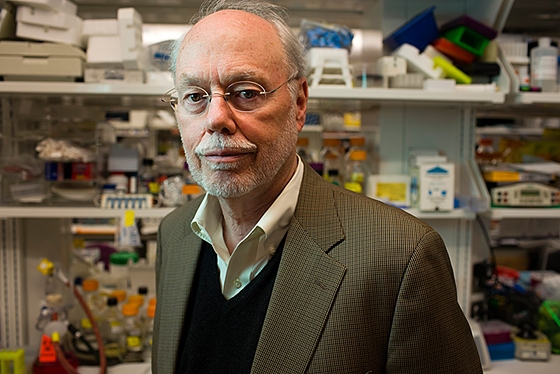 First in a two-part series (Read part two: "From biotech to high-tech")

Kendall Square, the tech hub abutting MIT’s campus, is known today as an innovation powerhouse, thanks to its access to intellectual capital — primarily, talent and resources at nearby universities and world-class hospitals. An influx of high-tech and biotech multinationals have expanded or plan to expand in Kendall Square, a district that’s already dense with startups and other companies.

But this wasn’t always the case: For decades Kendall Square was a sprawling jungle of industrial factories, open space and parking lots. It began its rise in the 1980s and ’90s, growing slowly and reaching its position as a tech epicenter only in recent years. Rising with Kendall were companies opened there by MIT entrepreneurs during different stages of its ascension: These companies grew into large businesses — in some cases, even industry leaders — in a setting that cultivated an influx of intellectual capital and a culture of innovation. 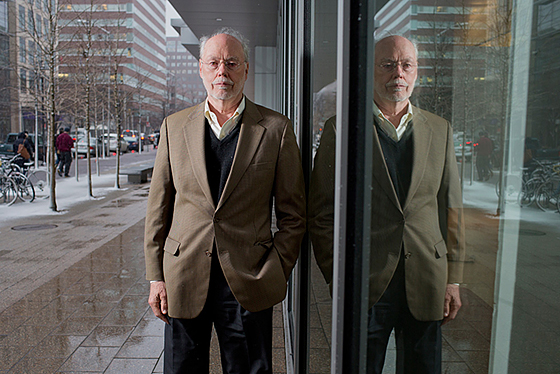 "I think it’s going to evolve and change and, if anything, get more dense,” Phillip Sharp says about Kendall Square's innovation sector. Photo: M. Scott Brauer

Biogen and the rise of biotech

Biogen (now Biogen Idec) situated itself in Kendall Square in the 1980s, on the cusp of the area’s biotech growth spurt. It was a good time to open up shop, says Sharp, who co-founded Biogen in Geneva in 1978. “Being early gave us access to resources and access to outstanding people that helped us lead,” he says.

In 1983, the company opened its first U.S. facility, dedicated to research and development and some manufacturing, in the heart of Kendall Square — where it still stands. While Sharp says Kendall was, at the time, “a vacant lot,” the co-founders saw it as an advantageous location: It was near top molecular biologists at MIT and Harvard University, and close to a business-savvy community in Boston. “Just like it was easy to recruit business people [to Kendall], it was much easier to recruit outstanding scientists with Biogen located on the edge of MIT,” Sharp says.

Additionally, Cambridge had been the first city in the world, in 1976, to establish a local ordinance regulating research with recombinant DNA; in the early 1980s, Biogen’s novel research involved isolating, synthesizing and sequencing genes with therapeutic properties to treat diseases. The city and the company reached an agreement on how to practice genetic research, easing Biogen’s way in earning licensure and municipal support for research.

“Having a set of rules to play by took the uncertainty out of the equation,” Sharp says. “This is a classic example of how fundamental breakthrough science at universities sparks innovation in a new economic development in society.”

After three decades in Kendall Square, having tapped a steady stream of local talent, Biogen Idec is a global leader in synthesizing therapeutics to treat diseases including cancer and multiple sclerosis. As of 2012, the company has $5.5 billion in annual revenue and employs roughly 5,000 people worldwide. It has also opened several more facilities in Kendall Square, with yet another currently under construction.

Sharp left Biogen Idec in 2009, having served on its board of directors for nearly 27 years and chaired its scientific board for many years. Over that time, he watched numerous biotech firms and other businesses rise around his company — bringing a surge of talent and innovation to Kendall Square that he compares to feeding a flame.

“If you have a little fire in the fireplace it’ll burn, but if you then add logs around it, the little fire in the middle will get more intense,” Sharp says. “As more biotech has developed in Kendall, it means there has been more expertise, more sophisticated people. A big community of excellent people where there’s an openness will stimulate everyone to get better, and that’s what this community is about.”

Indeed, Kendall Square’s reputation for innovation has drawn multinational firms such as Novartis, Pfizer and Genzyme, with several more planning construction in the area. In fact, researchers at the MIT Sloan School of Management found in 2009 that life-sciences companies in Kendall — a single neighborhood — accounted for two-thirds of all research and development expenditures by Massachusetts biotech firms. Sharp finds the area so beneficial for biotech that he co-founded in 2002 another startup there: Alnylam Pharmaceuticals, which specializes in RNA interference, a means of controlling active genes.

“The innovation in life science has accelerated and continues to accelerate: New things are appearing almost weekly,” Sharp says. “And to keep abreast of that innovation, companies want to be close to where it’s being generated, and that’s in large part in academic labs, in hospitals, in medical schools, [and] Boston has a collection of the premier ones in the country.”

Indeed, the Boston Consulting Group in 2010 labeled Kendall Square as the most scientifically and economically innovative square mile in the world — but just how accurate is this assessment?

Although difficult to quantify, Sharp says, “Everything that I see about the community is consistent with that. It’s all located on the Red Line, with MIT sitting there as a large generator of heat that keeps boiling. I don’t think we should view this as [Kendall’s] mature state. I think it’s going to evolve and change and, if anything, get more dense.”

Tomorrow: From biotech to high-tech