Deep in the field 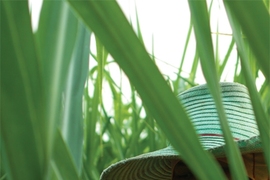 Caption:
A silk weaver in the Sisaket province
Credits:
Photo: Natalie Hoover El-Rashidy
In 1993, Robert Townsend was an accomplished economist looking for a new project in his area of expertise, household finance. So he did something that few people would have recommended: Townsend spent months driving around northern Thailand in a borrowed van, surveying rural villagers about their incomes and expenses.

In due course, Townsend ran into a government researcher, Khun Sombat Sakunthasathien, who was traversing the same territory on a motorcycle, trying to set up small-scale community savings programs — partly as a way of keeping villagers from growing poppies, which fuel the drug trade. Townsend and Khun Sombat compared notes, discussed their data, and stayed in touch.

Four years later, in 1997, they launched a unique program: the Thai Family Research Project, a series of annual and monthly surveys that have generated rich data about household finance in the developing world. Helped by about 200 researchers, the survey has created a detailed picture of 2,880 households, 262 community groups and 161 village-scale financial institutions, along with things like soil samples from nearly 2,000 agricultural plots.

The results of this painstaking effort are hundreds of thousands of data points showing something distinctive: In Thailand’s expanding economy, considerable growth is coming from rural areas. Moreover, those rural households help themselves by using well-developed financial strategies, and by pooling risk smartly, to deal with natural hazards such as flooding.

“By using the financial accounts, we can see wealth being created at the local level,” Townsend says. “You can see the financial strategies, and the cooperation among the households in informal risk-sharing networks, where they share their returns, as one of the key mechanisms. So it’s not just about individuals, it’s also about communities.”

Now Townsend and Khun Sombat have written a new book, “Chronicles from the Field,” co-authored with Rob Jordan, about their experience. It discusses the empirical findings, but beyond that, recounts the life of the field researcher in the developing world, working to collect data that otherwise would never have been captured.

“About 12 years into the process, we realized we had created something really special,” says Townsend, the Elizabeth and James Killian Professor of Economics at MIT and director of the Consortium on Financial Systems and Poverty, a research group in development economics. “We realized, too, we needed to document what had happened. Ultimately memory fades and all this rich experience and lessons learned would be lost.”

Much of the effort made by Townsend, a Thai speaker, has been to get to know the villagers in the area he studies, and build strong working relationships with them.

“Organizations deal with people, and this is all about the people,” Townsend says. “You need to build up trust. The households need to understand why you’re asking them all these questions, and you need to be honest with them. By going back, you establish that you care.” That familiarity helped convince rural chicken farmers, for instance, that participating in the survey would not raise their taxes.

Among the project’s findings, Townsend says: Villagers — often farmers, fisherman and traders — have worked out systems to share risk “quite well, and even optimally,” via loans through kinship networks. (Those without such networks are more exposed to financial problems.) Microfinance — small business loans — helps some types of rural businesses, such as traders, and may help wages and consumption for a while, but has mixed results overall. Over an extended period of time, though, given some access to capital and smart reinvestments, these rural economies have grown consistently, often at a rate of greater than 5 percent annually.

‘It’s worth the effort’

The book has won praise from other scholars; Patrick Rey, a professor at the Toulouse School of Economics in France, calls it a “fascinating tale of a rich, long-lasting experience in field work.” A documentary film that accompanies the book, “Emerging Thailand: The Spirit of Small Enterprise,” is making its debut with a screening at MIT on April 23 at 5:30 p.m. in E25-111.

Townsend says he hopes the story will be received, in book or film form, by a general audience, as well as by current or future researchers who would like to do fieldwork of their own. But while he thinks his project could provide some motivation or specific advice to others, he does not expect everyone to launch 15-year projects.

“I don’t want the message to be that you have to commit to such long-running surveys,” Townsend says. “Even one or two years of a well-designed survey is better than nothing. Part of my advocacy is this: Start doing it. It may seem like a hill to climb, but it’s well worth the effort.”

Task Force 2021 and Beyond moves into new phase

Effort to recast MIT for the post-Covid era will now shift to focus on refining and implementing ideas proposed earlier.