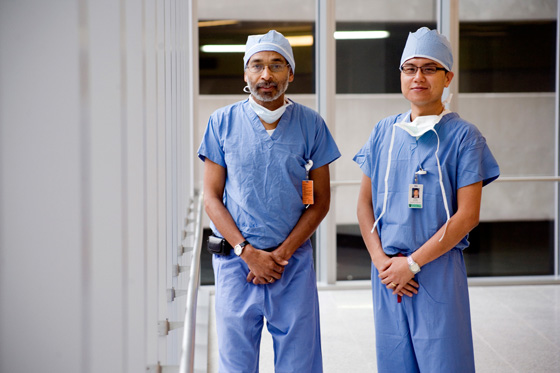 MIT and Harvard University researchers have now figured out how one such quiescent state, known as burst suppression, arises. The finding, reported in the online edition of the Proceedings of the National Academy of Sciences the week of Feb. 6, could help researchers better monitor other states in which burst suppression occurs. For example, it is also seen in the brains of heart attack victims who are cooled to prevent brain damage due to oxygen deprivation, and in the brains of patients deliberately placed into a medical coma to treat a traumatic brain injury or intractable seizures.

During burst suppression, the brain is quiet for up to several seconds at a time, punctuated by short bursts of activity. Emery Brown, an MIT professor of brain and cognitive sciences and health sciences and technology and an anesthesiologist at Massachusetts General Hospital, set out to study burst suppression in the anesthetized brain and other brain states in hopes of discovering a fundamental mechanism for how the pattern arises. Such knowledge could help scientists figure out how much burst suppression is needed for optimal brain protection during induced hypothermia, when this state is created deliberately.

“You might be able to develop a much more principled way to guide therapy for using burst suppression in cases of medical coma,” says Brown, senior author of the PNAS paper. “The question is, how do you know that patients are sufficiently brain-protected? Should they have one burst every second? Or one every five seconds?”

ShiNung Ching, a postdoc in Brown’s lab and lead author of the PNAS paper, developed a model to describe how burst suppression arises, based on the behavior of neurons in the brain. Neuron firing is controlled by the activity of channels that allow ions such as potassium and sodium to flow in and out of the cell, altering its voltage.

For each neuron, “we’re able to mathematically model the flow of ions into and out of the cell body, through the membrane,” Ching says. In this study, the team combined many neurons to create a model of a large brain network. By showing how both cooling and certain anesthetic drugs reduce the brain’s use of ATP (the cell’s energy currency), the researchers were able to generate burst-suppression patterns consistent with those actually seen in human patients.

This is the first time that reductions in metabolic activity at the neuron level have been linked to burst suppression, and suggests that the brain likely uses burst suppression to conserve vital energy during times of trauma.

“What’s really exciting about this is the idea that the metabolic regulation of cell energy stores plays a role in the observed dynamics of EEG. That’s a different way to think about the determinants of EEG,” says Nicholas Schiff, a professor of neurology and neuroscience at Weill Cornell Medical College who was not involved in this research.

Burst suppression is also seen in babies born prematurely. As these babies get older, their brain patterns move into the normal continuous pattern. Brown speculates that in premature infants, the brain may be protecting itself by conserving energy.

Such tracking could help doctors determine whether premature infants are moving toward normal development or have an underlying brain disorder that might otherwise go undiagnosed, Ching says.

In future studies, the researchers plan to study premature infants as well as patients whose brains are cooled and those in induced comas. Such studies could reveal just how much burst suppression is enough to protect the brain in those vulnerable situations.