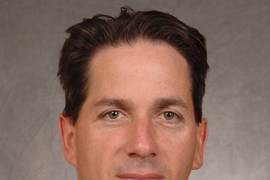 Howard was most recently a strategy and operations consultant at Deloitte Consulting in Boston. Before that, he served for more than a decade as a vice president and senior vice president with Fidelity Investments and its subsidiaries.

The announcement came Tuesday in an email from Executive Vice President and Treasurer Israel Ruiz.

“It is a particular pleasure to welcome Mike back to the Institute, as he completed his undergraduate degree in mechanical engineering at MIT,” Ruiz said. “He combines exquisite analytical and financial talent with a deep connection to the Institute and an eagerness to support our community’s continued success.”

Howard will lead a team dedicated to the delivery of efficient and effective financial and administrative services. His group manages MIT’s financing strategy, financial and capital planning, annual budgeting, receipt and disbursement of funds, accounting, procurement and asset management. He also plays a critical role in ensuring the integrity of the Institute’s financial reporting and compliance.

“As an MIT graduate, the Institute has always been a very special place for me, and I am delighted to be back,” Howard said. “The VPF organization has built a strong foundation for meeting the needs of our academic and research endeavors. I look forward to continuing this important work, growing our finance capabilities, meeting new colleagues, and providing the support needed to meet the future needs of our faculty, students and staff.

“As we extend our mission into the 21st century, MIT is embarking on a number of strategic initiatives both on campus and globally,” Howard added. “I am thrilled to have this opportunity to be part of MIT's leadership team during these exciting times.”

After receiving his SB from MIT, Howard earned an MBA from the University of Chicago in 1991. He then joined Deloitte Consulting in Boston, managing financial, operations and technology engagements with major U.S. and international corporations.

Howard joined Fidelity’s corporate consulting group in 1996.  He was named a vice president for finance at Fidelity Investments in 1998. In his six years in this role, Howard led several finance organizations in providing financial planning, reporting and analytical support to operating units in Fidelity’s Employer Services and Technology organizations.

In 2005, Howard was named senior vice president and chief financial officer of Fidelity subsidiary Pyramis Global Advisors, an investment organization with $150 billion in assets and annual revenues exceeding $500 million. Among other accomplishments, he played a critical role in the firm’s expansion into Europe, the Middle East and Asia and built a financial reporting and governance platform to meet the firm’s global regulatory requirements.

“Mike comes to MIT after many successes in finance and operations at both Deloitte Consulting and Fidelity Investments,” Ruiz wrote in his email. “I am confident in his ability to understand the critical role of the VPF organization in supporting the MIT community.”