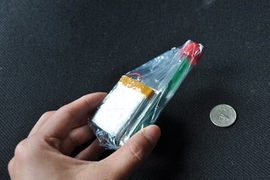 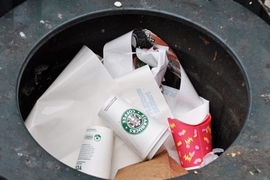 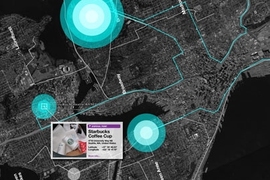 What if we knew exactly where our trash was going and how much energy it took to make it disappear? Would it make us think twice about buying bottled water or "disposable" razors?

A team of MIT researchers today announced a major project called Trash Track, which aims to get people thinking about what they throw away. Trash Track relies on the development of special electronic tags that will track different types of waste on their journey through the disposal systems of New York and Seattle. The project will monitor the patterns and costs of urban disposal and create awareness of the impact of trash on our environment - revealing the last journey of our everyday objects.

"Trash is one of today's most pressing issues - both directly and as a reflection of our attitudes and behaviors," says Professor Carlo Ratti, head of the MIT SENSEable City lab. "Our project aims to reveal the disposal process of our everyday objects, as well as to highlight potential inefficiencies in today's recycling and sanitation systems. The project could be considered the urban equivalent of nuclear medicine - when a tracer is injected and followed through the human body.

"The study of what we could call the 'removal chain' is becoming as important as that of the supply chain," the lab's associate director, Assaf Biderman, explains. "Trash Track aims to make the removal chain more transparent. We hope that the project will promote behavioral change and encourage people to make more sustainable decisions about what they consume and how it affects the world around them."

Trash Track will enlist volunteers in two target cities - New York and Seattle - who will allow pieces of their trash to be electronically tagged with special wireless location markers, or "trash tags." Thousands of these markers, attached to a waste sample representative of the city's overall consumption, will calculate their location through triangulation and report it to a central server, where the data will be analyzed and processed in real time. The public will be able to view the migration patterns of the trash online, as well as in an exhibit at the Architectural League in New York City and in the Seattle Public Library, starting in September 2009.

Trash Track was initially inspired by the Green NYC Initiative, the goal of which is to increase the rate of waste recycling in New York to almost 100 percent by 2030. Currently, only about 30 percent of the city's waste is diverted from landfills for recycling. "We hope that Trash Track will also point the way to a possible urban future: that of a system where, thanks to the pervasive usage of smart tags, 100 percent recycling could become a reality," says project leader, Musstanser Tinauli.

"Carlo Ratti and his team have come up with a visionary project to help people take ownership of their pollution," says Roger Highfield, editor of New Scientist magazine, which will be helping to deploy a third batch of tags in London, U.K. "It's all too easy to throw something in the garbage and wash your hands of it if you don't know what effect you are directly having on the environment."