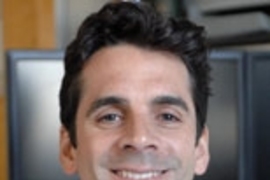 Tiny fluctuations in a fetus's heartbeat can indicate distress, but currently there is no way to detect such subtle variations except during labor, when it could be too late to prevent serious or even fatal complications.

Now, a new system developed by an MIT scientist and colleagues including an obstetrician could allow much earlier monitoring of the fetal heartbeat. The additional researchers are from the Institut National Polytechnique de Grenoble, Sharif University, Tufts Medical Center, and E-TROLZ Inc.

Among other advantages, the system is expected to be less expensive and easier to use than current technologies. It could also cut the rate of Cesarean deliveries by helping clinicians rule out potential problems that might otherwise prompt the procedure. Finally, the device used today to monitor subtle changes in the fetal heartbeat during labor must be attached to the fetus itself, but the new product would be noninvasive.

"Our objective is to make a monitoring system that's simultaneously cheaper and more effective" than what is currently available, said Gari Clifford, PhD, a principal research scientist at the Harvard-MIT Division of Health Sciences and Technology. Clifford expects that the system could be commercially available in two to three years pending FDA approval.

While only a minority of pregnancies suffer from fluctuations in the fetal heartbeat, the issue is nonetheless critical because those that do can result in bad outcomes. These problems include certain infections and a loss of oxygen to the baby if it is strangled by its own umbilical cord.

Ultrasound, in which a doctor moves a device that looks roughly like a hockey puck over a woman's abdomen or she wears a belt fitted with sensors, can detect the heartbeat quite early in a pregnancy. However, it is not sensitive enough to catch variations in the rhythm that could indicate problems.

Electrocardiography (better known as ECG or EKG), which records the electrical activity of the heart, can indeed catch subtle changes in the fetal heartbeat. The problem: until now there has been no way to reliably use the technique to that end except by attaching an electrode to the baby's scalp during labor.

Doctors can monitor the fetal ECG signal noninvasively through electrodes on the mother's abdomen, but it is weak compared to the maternal heartbeat and surrounding noise. Further, it has not been possible to separate the three signals without distorting characteristics of the fetal heartbeat key to identifying potential clinical problems.

"The dominant signal turns out to be the mother's heartbeat, so teasing out a tiny fetal signal in the background noise without altering the clinical meaning of the fetal signal is a problem that has proved virtually insoluble," said Clifford.

The new system separates the maternal ECG signal from the fetus's and background noise thanks to a complex algorithm derived from the fields of signal processing and source separation. Together, these fields work to break any signal into its source components.

Clifford's principal colleagues on the signal-processing work include Dr. Reza Sameni (whose PhD work focused on this problem), Professor Christian Jutten of Institut National Polytechnique de Grenoble, and Professor Mohammad B. Shamsollahi of Sharif University. The researchers have described their approach in papers published in journals including the IEEE Transactions on Biomedical Engineering and the EURASIP Journal on Advances in Signal Processing.

To use the system, which the team believes could be deployed during the second trimester of pregnancy (around 20 weeks) and perhaps earlier, a woman would wear a wide belt around her abdomen fitted with several ECG electrodes. (The prototype has 32, but that number will be lower in the final device.) The data collected from those electrodes are then fed to a monitor and analyzed with the new algorithm, which in turn separates the different signals.

Clifford notes that "one of the nice things about monitoring the fetal ECG through the mother's abdomen is you're getting a multidimensional view of the fetal heart" because its electrical activity is recorded from many different angles. The single probe now used to monitor the heartbeat during labor gives data from only one direction.

"So with our system it's like going from a one-dimensional slice of an image to a hologram," Clifford said.

That better view could help catch problems that might have gone unnoticed before. "If you're looking in just one direction and an abnormality is occurring perpendicular to that direction, you won't see it," Clifford said.

The large amounts of 3-D data captured with the new system could also open up a new field of research: fetal electrocardiography. "The world of fetal ECG analysis is almost completely unexplored," Clifford said, because the current monitoring system can only be used during labor and "essentially gives only a monocular view."

Clifford's key collaborator on the clinical work is Dr. Adam Wolfberg, an obstetrician and a fellow in maternal fetal medicine at Tufts Medical Center. To validate the algorithm and build the system, he turned to E-TROLZ.

Recently, several patent applications on the work were licensed by MindChild Medical Inc.

The original development of the device was funded by the Center for Integration of Medicine and Innovative Technology (CIMIT).