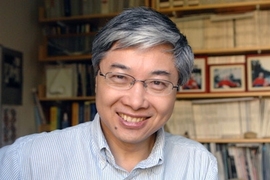 MIT researchers have demonstrated that a gel composed of small, woven protein fragments can successfully carry and release proteins of different sizes, potentially enabling delivery of drugs such as insulin and trastuzumab (Herceptin).

Furthermore, the researchers can control the rate of release by changing the density of the gel, allowing for continuous drug delivery over a specific period of time. The team, led by Shuguang Zhang, associate director of MIT's Center for Biomedical Engineering, reports its findings in the March 9 online edition of the Proceedings of the National Academy of Sciences.

The gel, known as a "nanofiber hydrogel scaffold," enables, over hours, days or even months, a gradual release of the proteins from the gel, and the gel itself is eventually broken down into harmless amino acids --Â the building blocks of proteins.

Traditional drug delivery systems are based on either synthetic polymer materials, which may contain residual chemicals and other cross-linking agents that are toxic for humans, or animal-derived collagen, which may contain residual growth and/or viruses from animal tissues. Peptide hydrogels are ideally suited for drug delivery as they are pure, easy to design and use, non-toxic, non-immunogenic, bio-absorbable, and can be locally applied to a particular tissue.

Zhang first discovered the material in the early 1990s, and since then it has shown promise in regenerative medicine and stopping bleeding. Composed of self-assembling amino acid chains (peptides), the gel is about 99 percent water by volume.

Depending on the size and density of the mesh, it can carry protein molecules between 14,000 and 150,000 daltons (a unit of molecular weight). Trastuzumab, an antibody protein often used to treat breast and ovarian cancer under the brand name Herceptin, is just under 150,000 Daltons.

Earlier work showed that the hydrogels could also carry smaller molecules, between 300 and 900 daltons. "It can deliver both small molecules and big molecules," said Zhang.

In the PNAS paper, the researchers also showed that proteins carried by the gel emerge unscathed after delivery, with no adverse affect on their function.

Potential applications include delivery of insulin, monoclonal antibodies such as Herceptin, hormones, growth factors and cancer drugs, as well as eye medications, said Zhang. He hopes to license the technology to a biotech company that will carry out preclinical testing of the hydrogel.

Lead author of the paper is Sotirios Koutsopoulos, a postdoctoral fellow in MIT's Center for Biomedical Engineering. Other authors are Larry Unsworth, a former MIT postdoctoral associate, and Yusuke Nagal, a former visiting scientist from Menicon Co. Ltd. in Japan.

The research was funded in part by the National Institutes of Health and the HighQ Foundation.