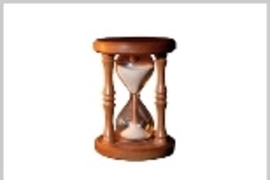 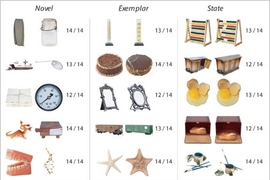 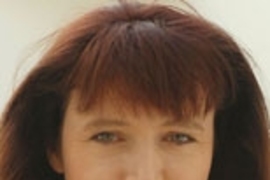 In recent years, demonstrations of memory's failures have convinced many scientists that human memory does not store the details of our experiences. However, a new study from MIT cognitive neuroscientists may overturn this widespread belief: They have shown that given the right setting, the human brain can record an amazing amount of information.

In the study, the results of which could have implications for artificial intelligence and for understanding memory disorders, people viewed thousands of objects over five hours. Remarkably, afterward they were able to remember each object in great detail.

"Visual long-term memory capacity is much higher than previously believed and shown," said Aude Oliva, associate professor of brain and cognitive sciences and senior author of a paper describing the work, which will appear in the Proceedings of the National Academy of Sciences the week of Sept. 8.

Oliva and her students showed subjects nearly 3,000 images, one at a time, for three seconds each. In tests the same day, they were shown pairs of images and asked to select the exact image they had seen earlier.

Subjects were tested with three types of pairings: two totally different objects; an object and a different example of the same type of object (e.g. two different remote controls); and an object and a slightly altered version (e.g. a cup that is either full or half-full).

Against all expectations, subjects' recall rates on the three types of memory tests were 92 percent, 88 percent and 87 percent, respectively. "To give just one example, this means that after having seen thousands of objects, subjects didn't just remember which cabinet they had seen, but also that the cabinet door was slightly open," Brady said.

The new results suggest that visual capacity is several orders of magnitude higher than the older study implied. "If you encode a lot of detail for each object, you need a lot more space," Alvarez said.

Traditional models of vision theorize that details necessarily slip away as visual input travels from the eyes to higher processing centers in the brain. The new results may prompt neuroscientists to revise those models to account for how people remembered so many details, Konkle said.

Previous studies had never found that we could hold so many details in memory, in part because they didn't look for it.

However, the researchers believe that multiple factors play a critical role in how well people remember details. For instance, it makes a huge difference if people are motivated to pay attention to detail, which they were in this study.

Second, it helps if the objects viewed are familiar. The images used in this study were all everyday items such as remote controls, dollar bills and loaves of bread. The results would likely be different if subjects were asked to remember details of abstract artworks, Oliva said. In future studies, the team hopes to explore factors that affect the level of detail at which memories are encoded.

These results establish a new bound on the size of human memory, and give credence to artificial intelligence approaches that depend primarily on a large memory capacity. The research also has implications for diagnosing memory disorders using more sensitive tests of what is remembered and what is forgotten.

The research was funded by the National Science Foundation, the National Institutes of Health, a National Defense Science and Engineering Graduate Fellowship, and a National Research Service Award.

For a demo of the study or more information, see cvcl.mit.edu/MM.