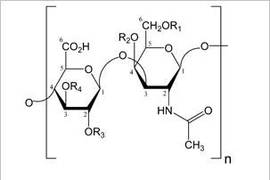 A team of researchers has confirmed that a contaminant found in several batches of the blood-thinner heparin is linked with severe allergic reactions in patients, dozens of whom died after receiving the tainted drug.

Sasisekharan is the senior author of the study, which appears in the Dec. 3 online edition of the New England Journal of Medicine.

The tainted heparin scandal is among several recent contamination incidents involving products from China. It unfolded between November and January, when hundreds of patients in the United States and several other countries suffered allergic reactions after receiving the drug, often administered during dialysis or heart surgery. The tainted heparin came from factories in China that manufacture the drug for Baxter International, which recalled its heparin in February.

In April, an international team led by Sasisekharan identified the chemical structure of the contaminant, oversulfated chondroitin sulfate (OSCS), and demonstrated the biological mechanism for how it could cause severe allergic reactions in humans.

The study also shows that the patients' reactions were consistent with the biological reaction provoked by the contaminant. In an earlier NEJM study, Sasisekharan and others showed that OSCS activates two inflammatory pathways, causing severe allergic reactions and low blood pressure.

The new results provide a critical link between the illnesses observed in patients and the contaminant, Sasisekharan said.

"It's one thing to show that OSCS is able to activate inflammatory responses and is thereby capable of causing adverse events in humans, but ultimately the epidemiological study is necessary to establish that correlation," he said.

"Sasisekharan's development of a technique to detect oversulfated
chondroitin sulfate rapidly led to the establishment of a clear link between the contaminant and the adverse reactions," said Jeremy M. Berg, director of the NIH's National Institute of General Medical Sciences, which partially supported the work. "This demonstrates the importance of analytical methods in contributing to the safety of medications."