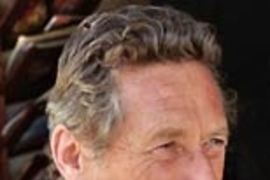 As the price of oil doubled over the last year, hitting the $100 mark for the first time on Jan. 2, it may have looked like 1973 all over again to some observers. But research by MIT macroeconomist Olivier Blanchard, Class of 1941 Professor of Economics, shows that a return to 1970s-style gas lines and stagflation isn't in the cards.

Blanchard's paper, "The Macroeconomic Effects of Oil Price Shocks: Why are the 2000s so different from the 1970s?" outlines changes in U.S. and global economic policies between the two eras. Cited in The Economist (Nov. 17) as an explainer for the current situation, the paper was co-written by Blanchard's colleague Jordi Gali (Ph.D. 1989) of the Center for International Economic Research in Barcelona.

Blanchard discussed the differences between the oil shocks in the 1970s and in the 2000s during a recent interview with the MIT News Office.

A: In the 1970s, there were two sharp recessions and sharply higher inflation. This time around, the economy has remained strong, and inflation has barely bulged.

A: In the 1970s, the adverse effects of oil price increases were compounded by other adverse shocks--a sharp slowdown in productivity growth and large increases in the price of raw materials.

In the 2000s, the effects of oil price increases have been partly offset by other shocks, this time favorable--sustained productivity growth and strong Asian growth, for example.

Q: Higher oil prices make dramatic news, yet your research indicates oil actually affects the U.S. economy less than it did 35 years ago. Why is that?

A: Those previous large increases in the price of oil did their job: they led to decreased demand. The share of oil and gas in U.S. production and consumption today is roughly two thirds of what it was in the 1970s. Thus, any given increase in the price of oil has only two-thirds of the impact it had then.

Q: The Economist, citing your research, notes the role of wages has changed, changing the role of oil. What happened?

A: We found that oil doesn't have the impact it did because workers don't have the bargaining power they did. In the 1970s, oil price increases led workers to try to maintain their purchasing power by seeking higher wages, which they often won through union contracts. This increase in wages led in turn to an increase in the price of all goods, which led to a further increase in wages and so on.

In the 1970s, wage increases were also made easier by the fact that, in many countries, wages were indexed to inflation, so they automatically went up. To fight inflation, central banks tightened monetary policy, leading in turn to declines in output.

Things are very different now: Indexation clauses are largely gone. And workers' bargaining position is much weaker than in the 1970s. Thus, for the most part, wages have not gone up with the price of oil, and inflation has remained low. There has been no need--so far--for tighter monetary policy.

Q: What role has monetary policy played in differentiating the 1970s from the 2000s?

A: For the last 25 years, monetary policy has aimed at stabilizing inflation, and people have come to rely on it as a credible policy. Now, when the price of oil increases, workers do not anticipate impending inflation and thus, do not feel they have to ask for large wage increases.

Q: Are there any macroeconomic benefits to higher oil prices?

A: Higher oil prices have many complex implications for the world economy. Let me just take one, which may seem paradoxical: The increase in the price of oil helps finance the U.S. current account deficit. The reason is that oil producers know that oil revenues will not last forever, so they save a good part of those revenues. Not having great investment opportunities at home, they are eager to lend outside their country, and, in particular, to lend to the U.S.

Such willing creditors allow the U.S. to continue to borrow abroad and to run a large current account deficit. Were it not for oil-producing countries, the demand for U.S. assets would be smaller, and the dollar would be even weaker than it is today.

Q: What if oil-producing countries suddenly took their money out?

A: The dollar would plunge. But so would the value of their dollar investment, so they are very unlikely to use this tool/threat.

Q: Will the price of oil keep going up?

A: I truly have no clue--despite talking to many of the people whose job it is to forecast oil prices. Most believe that based on what we know about the elasticity of supply and the elasticity of demand, the current price is surprisingly high. At 90 or 100 dollars a barrel, there is a lot of oil worth extracting, and a lot of alternative energy sources worth exploiting. Futures markets do not predict much change from current levels; this seems a reasonable assumption.