Water supplies could be strongly affected by climate change

Changes in rainfall can be amplified, up or down, in changes to aquifers
David Chandler, MIT News Office
Publication Date:
Press Inquiries 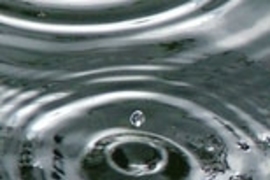 It's no simple matter to figure out how regional changes in precipitation, expected to result from global climate change, may affect water supplies. Now, a new analysis led by MIT researchers has found that the changes in groundwater may actually be much greater than the precipitation changes themselves.

For example, in places where annual rainfall may increase by 20 percent as a result of climate change, the groundwater might increase as much as 40 percent. Conversely, the analysis showed in some cases just a 20 percent decrease in rainfall could lead to a 70 percent decrease in the recharging of local aquifers -- a potentially devastating blow in semi-arid and arid regions.

But the exact effects depend on a complex mix of factors, the study found -- including soil type, vegetation, and the exact timing and duration of rainfall events -- and so detailed studies will be required for each local region in order to predict the possible range of outcomes.

The research was conducted by Gene-Hua Crystal Ng, now a post-doctoral researcher in MIT's Department of Civil and Environmental Engineering (CEE), along with King Bhumipol Professor Dennis McLaughlin and Bacardi Stockholm Water Foundations Professor Dara Entekhabi, both of CEE, and Bridget Scanlon, a senior researcher at the University of Texas. The results are being presented Wednesday, Dec. 17, at the American Geophysical Union's fall meeting in San Francisco.

The analysis combines computer modeling and natural chloride tracer data to determine how precipitation, soil properties, and vegetation affect the transport of water from the surface to the aquifers below. This analysis focused on a specific semi-arid region near Lubbock, Texas, in the southern High Plains.

Predictions of the kinds and magnitudes of precipitation changes that may occur as the planet warms are included in the reports by the Intergovernmental Panel on Climate Change (IPCC), and are expressed as ranges of possible outcomes. "Because there is so much uncertainty, we wanted to be able to bracket" the expected impact on water supplies under the diverse climate projections, Ng says.

Among the most important factors, the team found, is the timing and duration of the precipitation. For example, it makes a big difference whether it comes in a few large rainstorms or many smaller ones, and whether most of the rainfall occurs in winter or summer. "Changes in precipitation are often reported as annual changes, but what affects recharge is when the precipitation happens, and how it compares to the growing season," she says.

The team presented the results as a range of probabilities, quantifying as much as possible "what we do and don't know" about the future climate and land-surface conditions, Ng says. "For each prediction of climate change, we get a distribution of possible recharge values."

If most of the rain falls while plants are growing, much of the water may be absorbed by the vegetation and released back into the atmosphere through transpiration, so very little percolates down to the aquifer. Similarly, it makes a big difference whether an overall increase in rainfall comes in the form of harder rainfalls, or more frequent small rainfalls. More frequent small rainstorms may be mostly soaked up by plants, whereas a few more intense events may be more likely to saturate the soil and increase the recharging effect.

"It's tempting to say that a doubling of the precipitation will lead to a doubling of the recharge rate," Ng says, "but when you look at how it's going to impact a given area, it gets more and more complicated. The results were startling."

The work was funded by a grant from the National Science Foundation, as part of the Information Technology Research Program.