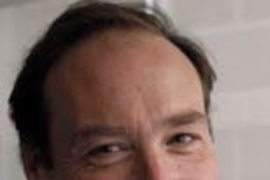 Neuroscientist Mark F. Bear, an expert on how the brain changes in response to experience, has been appointed director of the Picower Institute for Learning and Memory, effective Jan. 1.

Bear, Picower Professor of Neuroscience since 2003 and a Howard Hughes Medical Institute investigator, succeeds founding director and Nobel laureate Susumu Tonegawa, who stepped down December 31 after 12 years as director.

"I am very pleased that Professor Bear will take on the leadership of the Picower Institute," said MIT Provost Rafael Reif. "His considerable abilities and accomplishments in neuroscience research and education make him a fitting choice for the job."

Said Robert J. Silbey, MIT Dean of Science: "I am certain that Mark will lead the Picower Institute to new heights, building on the exceptional talents of Professor Tonegawa and the Picower faculty."

Bear will serve a one-year term while MIT searches for a permanent director. Earl K. Miller, Picower Professor of Neuroscience, will continue as associate director.

Founded in 1994 and renamed in 2002 following a $50 million gift from Jeffry and Barbara Picower, the Picower Institute's researchers are focused on unraveling the mechanisms that drive learning and memory and understanding how these go awry in various diseases, ranging from autism to schizophrenia.

"The Picower Institute was built around a common theme--how experience modifies the brain--and a cutting-edge approach that exploits the tools of molecular biology and genetics to dissect the contributions of specific molecules, synapses, neurons and circuits to behavior," Bear said.

"This experiment has been a smashing success. We now stand at the threshold of realizing a dream of generations of neuroscientists--to be able to selectively and reversibly inactivate (or activate) specific synapses, cells and circuits within a brain region and then assay the consequences by recording the activity of hundreds, if not thousands, of neurons."

Bear's own laboratory has made a key discovery about how synapses are weakened that promises to shed light on disorders ranging from mental retardation to Alzheimer's disease.

Prior to joining MIT, Bear served on the faculty of Brown University's School of Medicine for 17 years. After receiving his B.S. degree from Duke University, he earned a Ph.D. degree in neurobiology at Brown. He took postdoctoral training from Wolf Singer at the Max Planck Institute for Brain Research in Frankfurt, Germany, and from Leon Cooper at Brown.

Tonegawa plans to expand the scope of his Picower Institute research through a new research endeavor that will use the latest transgenic and viral vector techniques to investigate the functions of neural circuits underlying learning and memory. This research will perfect the technology to explore how specific cell types and circuits contribute to the experience-dependent modification of neural systems and behavior in both healthy and diseased organisms.

The Picower Institute is one of three neuroscience entities at MIT that include the McGovern Institute for Brain Research and the Department of Brain and Cognitive Sciences. The three, which share a new 411,000-square-foot building, have complementary missions and are home to collaborating researchers. Bear said, "I look forward to working with our colleagues across the atrium to ensure that the whole of MIT neuroscience reaches its full potential."

A version of this article appeared in MIT Tech Talk on January 10, 2007 (download PDF).