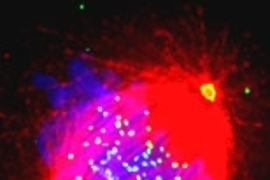 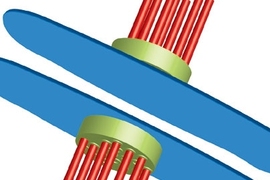 MIT cancer researchers have discovered a process that may explain how some tumor cells form, a discovery that could one day lead to new therapies that prevent defective cells from growing and spreading.

The work was reported June 8 in the advance online issue of The EMBO Journal, a publication of the European Molecular Biology Organization (EMBO).

To date it has not been clear how tumor cells become aneuploid.

"Checkpoint proteins" within cells work to prevent cells from dividing with an abnormal number of chromosomes, but scientists have been puzzled by evidence that aneuploidy can result even when these proteins appear to be normal.

What MIT researchers have discovered is a reason these checkpoint proteins may be unable to sense the defective cells, which tend to have very subtle errors in them. (These subtle errors are believed to be the cause of aneuploidy and the rapid growth of tumors.)

"The checkpoint proteins are like referees in a tug-of-war contest," said Viji Draviam, a research scientist in MIT's Department of Biology and lead author of the paper. "They make sure that all chromosomes are lined up in the right places before the cell is allowed to divide."

"It's puzzling that the suspected culprits -- the aneuploidy-inducing checkpoint mutations -- are rarely found at the scene of the crime, in the aneuploid tumors," Draviam said.

That lingering question prompted Draviam and her colleagues to study how two other key molecules -- a known tumor suppressor protein called APC and its partner protein EB1 -- work together to assure that cells divide normally.

They discovered that if they removed either protein from a cell or if they interrupted the way the proteins work together, the cell would become aneuploid. In other words, the checkpoint proteins need to sense that the APC and EB1 proteins both are present for normal cell division to take place.

"This is important because it is the first demonstration that interrupting the normal function of these proteins will cause the cell to become aneuploid," Draviam said. "Our research sheds light on what could go wrong to cause an irregular number of chromosomes in cells even when the checkpoint proteins appear to be functioning properly."