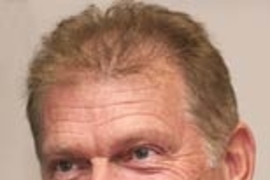 The next time you think you hear voices in your head, you may be right, thanks to Elwood "Woody" Norris.

Norris will receive the $500,000 Lemelson-MIT Prize for his inventions--including HyperSonic Sound, which enables sound to be targeted to an individual listener--at a ceremony at the Oregon Museum of Science and Industry in Portland, Ore., on April 22. He was the subject of a segment on CBS' "60 Minutes" on Sunday, April 17.

"Woody Norris is a classic independent inventor. His curiosity is unbounded and spans many fields," said Merton Flemings, director of the Lemelson-MIT Program and the Toyota Professor Emeritus in MIT's Department of Materials Science and Engineering.

Norris, the son of a coal miner with a third-grade education, grew up in a family whose only luxury was a radio. At the age of eight, Norris took apart that radio to learn how it worked and was soon captivated by electronics.

More than 30 years later, he is still fascinated by sound. His HyperSonic Sound (HSS) invention is said to be the first big improvement in acoustics since the loudspeaker was invented 80 years ago. Norris first filed a patent for it in 1996; the first commercial version of the device became available in 2002.

Norris applied a simple analogy to his work--if televisions work by mixing three colors to make millions, could he mix sound frequencies to create crisp, clean sound that could travel farther?

HSS allows ultrasonic waves to be created at more than 50,000 cycles per second, keeping them in a focused beam above the range of human hearing. As the ultrasonic waves mix in the air, the frequencies break down so they can be heard. By simply stepping into the "beam," an individual can hear the sound as if it were generated inside his or her head.

"When Thomas Edison first invented the light bulb, it revolutionized what we saw. We quickly learned how to focus light, creating hundreds of applications including television, computers, movies--many of the things we take for granted," Norris said. "Turn on a loudspeaker and the sound goes everywhere; just like the first light bulb shed light everywhere. HSS is a way to target sound the way we focus light."

Today, American Technology Corp., the public company Norris founded in 1980, is working with companies to develop applications of HSS in automobiles, restaurants and elsewhere, as well as with the Department of Defense to use focused sound as a long-range hailing and warning device. Long Range Acoustic Device, or LRAD, is a directional sound device that can be used as a warning to pinpoint verbal commands from more than 500 yards away, and as a nonlethal weapon system. The device can create a sound at 120 decibels, loud enough to disable enemy combatants.

Norris' newest project is a personal flying craft called the AirScooter, which has been in development since 2000. Described as the real-life version of a "Star Wars" flying pod, the AirScooter weighs less than 300 pounds, qualifying it as an ultra-light recreational vehicle. Due to its light weight, the AirScooter does not require a special operating license, which theoretically means almost anyone can learn to fly.