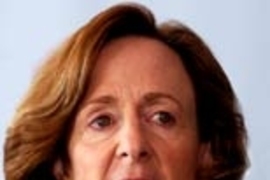 The topic of women in science and engineering fields has been prominent in the news during the past week, following comments by Harvard President Lawrence Summers on this subject and his subsequent announcement that Harvard would take a proactive stance in recruiting and supporting women faculty in their careers there. Because of the leadership that MIT has shown in this regard, the Institute has been prominently mentioned in many of the articles, and many members of the MIT community have asked about the current status of women faculty and students here.

In response to these many inquiries, MIT President Susan Hockfield, who took office on Dec. 6, 2004, made the following comments:

"One of MIT's central values is its commitment to being a true meritocracy, where success is measured by talent and accomplishment alone. This commitment is reflected in the growth of women faculty and students at MIT over the past couple of decades," said Hockfield. "We can, of course, do more--and we will."

"We have a good sense of what the challenges and opportunities are, thanks to the extraordinary work of MIT's women science faculty six years ago in bringing issues of gender equity to the forefront of our agenda. The response by the leadership of MIT to their report was remarkable," Hockfield continued. "I can say from experience that MIT's commitment to women faculty has been an inspiring model to colleagues and institutions all across the country."

During that same period, MIT's first five women vice presidents were appointed, and in 2004, the first woman, Hockfield, was elected president of the Institute.

Women now lead the Department of Earth, Atmospheric and Planetary Sciences, the Technology and Policy Program, the Center for Environmental Health Sciences, the Laboratory for Nuclear Science, the Biotechnology Process Engineering Center, and the Center for Space Research. The MIT co-directors of the Harvard-MIT Division of Health Sciences and Technology and of the MIT-WHOI Joint Program in Oceanography/Applied Ocean Science and Engineering are both women. Across MIT, a growing number of women are serving in leadership roles within their units, particularly as associate department heads.

Each school at MIT now has a committee to monitor issues of gender equity, and there is an Institute-wide Council on Faculty Diversity to design programs and policies to increase the number of women and minority faculty and to create programs and policies that are sensitive to the need to balance an academic career with family life.

"These and other programs will help us to sustain the excellence of the MIT faculty while strengthening a diverse and supportive learning environment," Hockfield said.