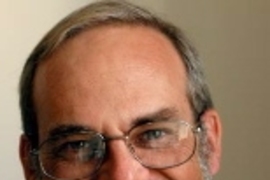 Professor Eric Grimson, a leading expert in computer vision, has been named the new head of the Department of Electrical Engineering and Computer Science.

"Based upon the recommendation of the Faculty Advisory Committee, I am delighted to appoint Eric Grimson as the new Department Head," said Dean of Engineering Thomas Magnanti in a letter to EECS faculty and administrators Oct. 21. Professors Duane Boning and Srini Devadas will serve as associate department heads.

"With these appointments, we have in place an outstanding leadership team. I very much look forward to working with the team to ensure the continuing vitality and strength of the Department," Magnanti said.

Grimson, the Bernard Gordon Professor of Medical Engineering, is currently head of the computer vision group of MIT's Computer Science and Artificial Intelligence Laboratory (CSAIL). His research ranges from image-guided surgery to the construction of an interactive anatomy browser.

With Boning, he has been an associate head of EECS since 2004. A Fellow of the American Association for Artificial Intelligence and of the Institute of Electrical and Electronics Engineers, he has also received the School of Engineering's Bose Award for excellence in teaching.

He received the B.Tech. from the Indian Institute of Technology in 1985 and the M.S.E.E. and Ph.D. from the University of California at Berkeley in 1986 and 1988, respectively.

A version of this article appeared in MIT Tech Talk on November 2, 2005 (download PDF).