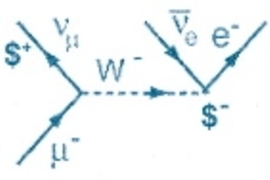 Having a physics degree from MIT can lead not only to a life in academia amid the joys of quantum physics--it can give you a leg up in the business world, as two alumni recently explained.

Jeff Evenson and Jeff Trester, who both received the S.B. in physics in 1988, use the tools of math and physics at work and relish the worldly success they found in business consulting and venture capitalism. They spoke in a Jan. 28 IAP session titled "Physics in Business: A Tale of Two Graduates and How They Made It Big in the Real World."

Evenson is a partner in the Boston office of the management consulting firm McKinsey & Co., heading the company's high-tech practice. Trester, co-founder and CEO of PriceScan.com, is a venture capitalist.

Though neither practices theoretical physics, the field launched them professionally, they said. Evenson retains a physicist's "joy in solving a problem" and has moments in his work life that resemble the "religious experience you get when you understand quantum mechanics," he said.

Trester echoed his friend's enthusiasm. Business ventures, even the dot-com volcano--"these are exciting things to be part of. It's different from string theory, where you don't always feel there's an impact. If you change how commerce is conducted and you keep 10 million people from being ripped off, that's very satisfying," Trester said.

Emphasizing the value of an MIT physics degree in the real world, both Jeffs joined the group's easy laughter at their physics-insider jokes. They also appreciated their audience's most frequently asked question: How on earth do you succeed among people who don't get those same jokes?

Physics, they agreed, is a special language. The career-building issue is whether to deploy it with employers and colleagues. Evenson chose a think-physics-but-speak-English technique; Trester took the way of unadulterated geekiness.

Evenson earned a Ph.D. in physics from Harvard and once believed he would "never leave the lab." Yet he has thrived at McKinsey, renowned for its ultra-corporate, team-oriented and client-centered culture. How?

"I use differential equations for myself, but I use another logic when I'm working in a team. Among the vast majority of people, no one cares about algorithms. So offering the most elegant and optimal solution to a problem-a physics solution--is not the best way to get people to do things. You have to communicate, relate, connect," Evenson said.

"Differential equations do make people's eyes glaze over, unless they're one of us. But remember-you've got portable skills," Trester said.

Glazed-over eyes didn't faze Trester, who received a Ph.D. in finance from the University of Pennsylvania's Wharton School. He credits his first finance job at Smith Barney to his "really big mouth and my overwhelming geekiness--both good things on the trading floor."
"Back then, everyone wanted to do bond trading. They used to call it rocket science. Physics helped me a lot with trading and arbitrage. I could apply mathematical models to something real. That's very unusual in the world," said Trester.

Both physics grads have days when they return to science. Trester is amused in business settings, he noted, by "nomenclature issues. I get private comic relief in decoding economics and translating it to physics." The emphasis, they agreed, is on "private."

A version of this article appeared in MIT Tech Talk on February 4, 2004.