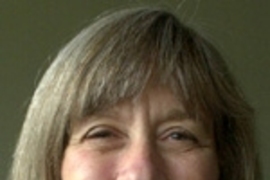 Rosalind Williams' new book, "Retooling: A Historian Confronts Tech-nological Change" (MIT Press), combines an insider's view of MIT's recent history, a family narrative and Williams' own experience as a teacher, administrator and scholar at the Institute over the past two decades.

Williams, director of the Program in Science, Technology and Society (STS), taught in the Program in Writing and Humanistic Studies from 1982-95 and served as dean for undergraduate education and student life from 1995-2000. Her years as dean coincided with tumultuous times for the MIT community, she said, yet they provided her a chance to participate in leadership of a changing community as well as to observe and reflect on those changes using the tools of her scholarly field, the cultural history of technology.

"I always wanted to write essays, and I found the vehicle in the years of reengineering and reshaping the undergraduate residential system at MIT. As a dean during those years, I witnessed closely the internal process of change, of institutional retooling. I filled notebook after notebook. Later, as a historian, I could take my experiences and connect them with larger themes," said Williams.

As it maps changes in engineering education at MIT over the years, Williams noted that "Retooling" explores such questions as, "Are we in a third Industrial Revolution? Does technology drive history? What do we mean when we say that people resist technological change?"

Williams calls those questions "very STS-like themes," but the scenes from her childhood contained in the book make it clear she was pondering STS issues long before she had thought of working at MIT and before STS was established in 1976.

Her family had early connections with MIT. Discussions about engineering and its role in human progress were frequent. Williams' grandfather, Warren Kendall Lewis, graduated from MIT (then known as Boston Tech) in 1905 and later became the first head of MIT's new Department of Chemical Engineering, retiring in 1948. "Retooling" emphasizes her delight at growing up with his influence, as well as her sense throughout childhood that engineering and MIT were the "preserve of male engineers like my grandfather."

Williams' knack for spotting and using the moment where history, science and personality converge comes through in details like this about Lewis' involvement in the Manhattan Project: "It haunted him ... In his very old age, he sometimes worried that he could not wash the radiation off his hands."

The chapters in "Retooling" include "The Expansive Disintegration of Engineering," "Technology and Business" and "Technology and Community." Williams is at her most confident and powerful in the chapter on retooling gender roles, "Men and Women in the Technological World."

"Today's interplay of changes in technology and gender roles is another reminder why the Neolithic Revolution is the most compelling precedent for the technological revolution of our times ... [It] transformed production, reproduction and the cultural understanding of both," she wrote.

Williams herself has retooled--many times. The mother of three, she came to MIT as a fellow in STS just after the birth of her second child. She became the Metcalfe Professor of Writing in 1995 (she still holds a joint appointment in the writing program) and is now teaching in STS--very happily.

"I'm approaching 60 and just beginning to teach in my field. Until now, history is what I did on my own," Williams said.

A version of this article appeared in MIT Tech Talk on March 5, 2003.