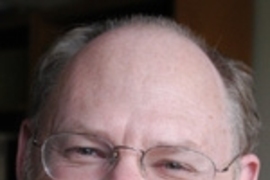 This is the second in a series of articles on educational initiatives that bring technological innovation into the classroom.

The cornerstone of science and engineering education, freshman and sophomore mathematics courses are almost as basic at MIT as knowledge of the English language.

Nearly every undergraduate who comes through the Institute's door takes three math courses--Calculus, Differential Equations and Linear Algebra--and how well or poorly he or she performs affects faculty in other departments, because students apply the mathematics principles to their subsequent courses.

This is so obvious that it doesn't bear stating, many may think. But several mathematics professors recently have given that aspect of an MIT education careful consideration. They want to make the math classes more compelling, give students online tutorials to use at any time, and enhance faculty awareness of the freshman and sophomore mathematics curricula.

Mathematics professors Haynes Miller, David Jerison, Daniel Kleitman and Gilbert Strang have won funding from the d'Arbeloff Fund for Excellence in Education to create educational technology, most web-based, for 18.01 and 18.02 (Calculus), 18.03 (Differential Equations) and 18.06 (Linear Algebra).

"In its teaching role, the math department is mostly a service department," explained Miller. "We have 100 majors each year, but we teach everybody at the Institute."

A major thrust of the math department initiative is to develop web-based "computer manipulatives" that provide visual simulations of general mathematical concepts. Students can alter variables to see what sort of change occurs in the line, parabola, circle or other form described by an equation. These simulations form the basis of homework assignments that students access via Athena workstations. The technical team currently is working to translate them into Java so they'll be available on any computer with access to the web. These simulations are designed and built by Hubert Hohn of the Massachusetts College of Art, who "does the best computer mathematical graphics in the world," said Miller, adding that the project included an extensive assessment component.

Kleitman, with support from the d'Arbeloff grant, has created an online textbook for use in 18.01 and 18.02 with imaginative embedded applets (programs that can be downloaded quickly and run on a computer).

The four faculty members are using part of their d'Arbeloff grant to develop web-based tutorials--incorporating text, video, visual simulations of equations and corrected problems--that students can come back to later in their education. These will also be available through OpenCourseWare.

"We hope to make the contents of our service courses more clearly known to other faculty," said Miller. "We're always getting questions from faculty like: 'Do you really teach complex numbers in your courses?' because students claim they've never seen them. Whether the students have forgotten or just don't recognize them in another context, we don't know. It's complicated because things often appear in slightly different language further downstream.

"Mathematics is the language of science and engineering," said the principal investigators in their project description. "Our goal is to help our students become fluent in it. We want them to know how to frame questions mathematically and to recognize when and how to apply mathematical skills and techniques to the problems they face at MIT and in their subsequent careers."