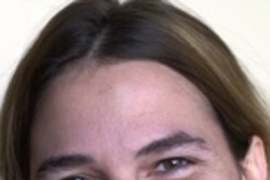 Angela Belcher, the John Chipman Associate Professor of Materials Science and Engineering and Biological Engineering, will head the MIT component of a three-university consortium that aims to understand and harness biological mechanisms for fabrication of new materials and devices to equip the soldier of the 21st century. Other MIT team members include professors Moungi Bawendi, Douglas Lauffenburger, Scott Manalis, Paul Matsudaira, Alan Oppenheim and Peter Sorger.

The Institute for Collaborative Biotechnologies (ICB) will be a partnership among MIT, the University of California at Santa Barbara (UCSB) and the California Institute of Technology. The Army Research Office is funding the effort with up to $50 million over five years.

Daniel Morse of UCSB, who works in the emerging field of nano-biomolecular and biomimetic materials synthesis, will be director of the new institute. Six industrial partners, including IBM, will develop the technologies created in the university laboratories, potentially translating the research findings into products for the civilian marketplace.

Nature creates high-performance materials in a non-toxic fashion and assembles them at the nanoscale with a level of precision currently beyond human capability. ICB aims to study and replicate some of those processes to benefit industry and the public.

"The interdisciplinary team we have assembled will work together where our combined ideas and efforts are greater than the individual parts. This combined effort will improve on tools already used by nature to develop enhanced materials for many applications including sensing, processing and storage," Belcher said.

Belcher is known for nanobiotechnology research that began with a path-breaking experiment that engineered the binding of a biological material--peptides (short chains of amino acids)--to inorganic semiconducting materials.

The Belcher group selects and evolves biological organisms to grow and assemble semiconductor and magnetic materials using environmentally friendly synthesis routes. These organisms are further engineered to form liquid crystals for display technology and as components for self-assembling electronics.

This "bottom-up" approach to fabricating a device atom by atom in imitation of nature contrasts with the current "top-down" practice. The bottom-up approach enables the assembly of particles into an electronic structure that can consist of layers of different semiconducting materials, different phases of the same material or a combination of both.

"The inspiration for the ICB comes from the fact that biology uses different mechanisms to produce materials and integrated circuits for high-performance sensing, computing and information processing, and actuation than are presently used in human manufacturing," said Robert Campbell, Army Research Office program officer.

"The teams from UCSB, MIT and Caltech are recognized for developing a uniquely interdisciplinary approach to this kind of research--uniting researchers from multiple departments and programs into a single working unit without disciplinary borders," Morse said.