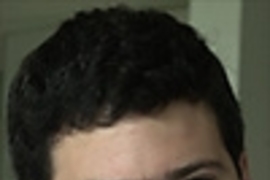 An MIT professor who attended the recent United Nations' World Summit on Sustainable Development in South Africa came back "sadder but wiser," frustrated by an event he says was more pep rally than serious venue for addressing environmental concerns.

"Places like MIT can really take a leadership role [in this area], because it's certainly not going to come from the United Nations," concluded Bernhardt Trout, an assistant professor in the Department of Chemical Engineering. MIT groups such as the Laboratory for Energy and the Environment (LFEE) "really do have the potential to make a difference."

LFEE will sponsor an upcoming seminar about the summit; details will be announced in a future issue of MIT Tech Talk. Expected speakers include the four members of the MIT community who attended the summit. They are Trout, LFEE postdoctoral fellow Karin BÃ¤ckstrand, LFEE program assistant Karen Gibson, and Diego Puppin, a graduate student in the Department of Electrical Engineering and Computer Science.

Trout, who holds the Henry L. and Grace Doherty Chair in Ocean Utilization, attended the summit because he wanted to be part of "one of the most important events on the environment and global sustainability, and see what it's all about." He also hoped to get more insight into the huge variety of issues covered there.

"I succeeded at the first goal," he said, "but not really at the second. If anyone had insights into the whole issue of sustainable development, they were either silent or not there."

The first few days of the summit, Trout and his MIT colleagues spent many hours just trying to get in. The main conference center, where Secretary of State Colin Powell spoke, had room for some 5,000 people from governments but only 1,000 from non-governmental organizations (NGOs) like MIT. Some 60,000 people from NGOs alone were expected, Trout said - a recipe for long lines.

Compounding the frustration was the fact that there was no closed-circuit TV for those who couldn't get in. As a result, "I would call back to the U.S. for news about the summit," he said.

The MIT group did attend the plenary session on energy. It began with two five-minute talks about energy in the developing world. The ideas presented, which involved creating a portfolio of energy sources from the local to large scale, "were good," Trout said. The next three hours, however, were filled with a panel discussion and countries' prepared statements. All were largely unrelated to the original talks.

"Someone on the panel would say something like '10 percent renewable [energy sources] by 2010,' and if people liked that, they'd cheer," Trout said. "But what does '10 percent renewables by 2010' actually mean? In academia we're used to presenting an argument, then asking what are the costs and what are the alternatives. At the summit, there were no such arguments. People just proclaimed things."

Sessions held at the main conference center were supplemented by others at different venues. These ranged from "good to extremely poor," Trout said. One, however, "made the whole summit worthwhile." This session, one of many sponsored by the World Business Council for Sustainable Development, featured speakers including Canadian Prime Minister Jean Chretien and Anders Fogh Rasmussen, the president of the European Union. Trout later met Chad Holliday, the CEO of DuPont, at the accompanying lunch.

Overall, said Trout, attending the summit "was definitely an education. But to paraphrase 'The Rime of the Ancient Mariner,' I came back sadder but wiser."