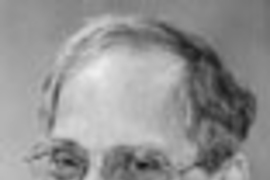 Jeffrey H. Shapiro, who has studied optical and quantum communications at the Research Laboratory of Electronics for some 30 years and has been on the MIT faculty since 1973, will become the lab's new director effective February 1.

The appointment was announced by Professor J. David Litster, MIT's vice president and dean for research. After interviewing some 50 RLE faculty and staff about possible candidates for the position, he found that "over 90 percent thought Jeffrey Shapiro was the best person, and most of the others had no opinion."

Professor Shapiro succeeds Jonathan Allen, who died April 24 of complications from a lengthy illness. Professor Allen had been RLE director since 1981; he guided the laboratory through numerous changes and in many new research directions.

"Replacing Jon Allen will be a challenge, but I am sure that Jeffrey Shapiro is up to it," Professor Litster said.

"RLE has been a wonderful research home for many exciting developments over the years, and it is poised for even greater things in the future," said Professor Shapiro. "I am honored and somewhat awed to have the opportunity of leading RLE into this new era."

In his personal research, Dr. Shapiro, the Julius A. Stratton Professor of Electrical Engineering, focuses on problems of optical detection and communication. He has developed theoretical and experimental insights into the generation, detection and application of nonclassical light beams. Professor Shapiro is the principal investigator of a multidisciplinary team that is working on long-distance quantum teleportation of photon states. Such technology, once developed, will open new vistas in secure communication and permit the networking of quantum computers.

RLE is MIT's oldest interdisciplinary research laboratory. Founded in 1946, it grew out of the wartime Radiation Laboratory's pioneering study of electronics.

Today, RLE is home to a wide range of sponsored research activities centered in three broad areas: electronics and optics; communications and signal processing; and "living systems," particularly language, speech and hearing. Research at RLE is driven by the interests of its investigators, encouraging overlap and flexible collaboration between subject areas. The research is both basic and applied, occupying the wide area between development of contemporary technology and fundamental research.

RLE provides facilities and services to faculty and research staff from various academic departments at MIT. It also supports collaboration with other research laboratories, both at MIT and elsewhere. The lab has 56 faculty members and approximately 600 faculty, staff and students.

Professor Shapiro has four degrees in electrical engineering from MIT (SB 1967, SM, EE and PhD). His doctoral research was a theoretical study of adaptive techniques for improved optical communication through atmospheric turbulence.

From 1970 -73, Dr. Shapiro was an assistant professor of electrical sciences and applied physics at Case Western Reserve University. From 1973-85, he was an associate professor of electrical engineering at MIT, and in 1985 he was promoted to professor. He served as associate department head from 1989-99 and in 1999 he became the Julius A. Stratton Professor of Electrical Engineering. Since June, he has been chair-elect of the MIT faculty, a position he is resigning to become the director of RLE.