Seniors choose school, jobs or starting their own companies 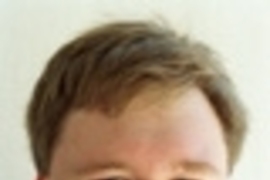 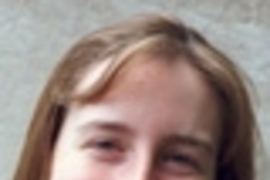 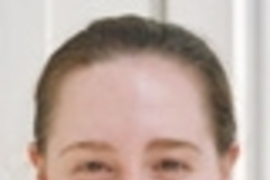 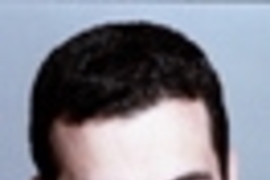 While an MIT education brings in the bucks, salary doesn't appear to be the primary motivation behind job choice for many graduates; most place job satisfaction higher.

Douglas Heimburger, a senior in management, took a job with Amazon.com. He had four other offers, he said, but chose the "e-tailer" for the "upward potential" it offered.

"Amazon offered me the job where I could have the biggest impact," he said. "It's no longer a startup, but it's a young company with a lot of challenges ahead. That's a good place to be in your first job." Although Amazon.com topped his salary offers by a small margin, that's "not the reason I chose it," said Mr. Heimburger, who will do data mining for the Internet retailer using electronic data collected from customers to affect the company's marketing, operations and financial decisions.

Anna Benefiel, a biology major with a minor in music, has accepted a management consulting position with Booz Allen Hamilton in Manhattan. She'll begin work there next fall after spending the summer in India teaching HTML and Java through the MIT-India Program.

Ms. Benefiel based her job decision on factors other than salary. In fact, during last fall's career fair, she selected the two companies she wanted to pursue, and got comparable offers from both. "The other offer was from a biotech firm and it was a hard decision to make," she said. "I decided my most valuable contri-bution would be in management consulting due to the experience I had with student activities at MIT. I enjoyed [biology] lab, but I've chosen to spend my free time organizing student activities. If I'd chosen to spend my time with a UROP, them I might have gone into biology."

Ms. Benefiel is one of 116 seniors who signed the Graduate Pledge Alliance, which states: "I pledge to explore and take into account the social and environmental consequences of any job I consider and will try to improve these aspects of any organizations for which I work."

"It just seemed like the right thing to do," she said. Although she signed the pledge only this spring after interviewing for jobs, she said her interests do align with environmentally friendly and socially conscious causes.

The pledge, which started at Manchester College in Indiana several years ago, is now distributed on 50 campuses across the nation. At MIT, the College Democrats, a student organization, offered to distribute the pledge, which comes with a green ribbon for graduates to wear on their ceremonial robes.

"We hope for a better-educated workforce and hope that employers will start making changes," said Aaron Strauss, a sophomore in computer science with a minor in political science, who spearheaded this year's pledge drive. "Going from MIT to the workplace is a big jump. Solving problem sets has no impact, but building weapons or making chemicals... all of a sudden your work is having an impact, and we want people to be aware of that."

Cecily Ryan, a materials science and engineering major, also signed the pledge. But she's going to graduate school at Caltech next year, so her signature won't have immediate impact. "I'm from Montana and so environment has always been really important to me. It was pretty natural for me to sign the pledge," she said.

Hugo Barra, another GPA signer who earned two degrees (electrical engineering and computer science and management) decided not to take a job. Instead he's starting a company with four other MIT graduates.

Lobby 7, as they call their "software-focused firm," will specialize in the "custom development of wireless solutions" for companies who want sophisticated interaction between their home base (whether that's a web site or a building) and handheld electronic devices such as cell phones and Palm Pilots, said Mr. Barra. He turned down a job with McKinsey and Co., one of the largest consulting firms in the world.

"We haven't decided how much we're going to pay ourselves. It'll probably be less than we'd make if we had taken other jobs," he said. "But this gives us a chance to build something of our own. If the company does well, we're the founders and that will more than compensate for the [initial] low salary."