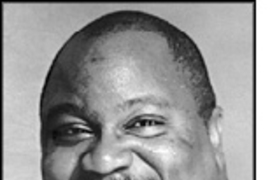 CAMBRIDGE, Mass. -- MIT has appointed Rocklyn Clarke to lead a new team charged with addressing what has become known as the "Year 2000 Problem," also known as the Y2K problem or the "millennium bug."

Mr. Clarke, an MIT alumnus (1980), assumed his role in June. His five-person team is officially named the MIT Y2K Team.

MIT began its formal, central preparation for the year 2000 in January 1997 with the formation, by Information Systems (IS), of the Y2K Discovery Team, which was created to assess the scale of the Y2K problem here.

The Y2K problem began to attract anxious national and international attention when the impact of some computers' mistaking two-digit shorthand for 21st-century dates such as "01" for 20th-century dates registered. Thus, they read 01" as "1901 instead of "2001," instantly losing, for example, a hundred years of financial or other history.

To help people understand both the nature of the Y2K problem and the essence of his team's approach to solving it, Mr. Clarke offered the following exercise.

The Y2K problem began as a kind of solution back in the dawn of software programming, said Mr. Clarke.

"You know how you work really hard on something and find a place where you can take a shortcut, so you do that with a promise, 'I'll get back to it'? When faced with a looming deadline, programmers are no different from anyone else in this regard: they hurry. Also, back in the sixties, memory was very expensive. Everyone knew it was 19-whatever, so it made sense to write 50 for 1950, 60 for 1960 and so on. Like most people do, they figured they'd get back to fix it, or that the program would no longer be in use by 1999," he said.

The solution to use shorthand became a problem in itself as well as a challenge to managers once the costs of fixing two-digit dates became clear, Mr. Clarke explained.

"When it came to scheduling work to make software Y2K-compliant, managers faced an unpleasant prospect: investing their programmers' time in making fixes which don't add any features to the basic product. Most managers would prefer allocating resources to something that will yield a payoff of new functions and features, leading, hopefully, to more market share," he said.

If unaddressed, the global impact of the Y2K problem could be dire, as media all over the world have speculated. At MIT, the Y2K problem could potentially affect critical health and safety-related systems such as emergency lighting, fire alarms and environmental alarms, Mr. Clarke said. The next tier of affected systems includes telephones, the cogeneration plant and electrical services.

Additional systems that are vulnerable to the Y2K problem include payroll, pensions, financial aid, registration and the Controller's Accounting Office. Lab equipment may also be affected.

"Some of these systems will work fine after 1999 with few or no fixes. Many others, such as Payroll, are already in the process of being made Year 2000 compliant. Everything has to be checked, however," Mr. Clarke said. "We're seeking out anything that uses microprocessors. I want MIT to get through this well."

His view of MIT's Y2K problem and his initial approach to solving it are, well, very MIT: simplicity equals effectiveness. His physics background notwithstanding, he considers the Y2K problem to be "an inventorying and identification problem," he said.

"It's not a fascinating technical problem. There are operating systems and application programs which contain software which are over 20 years old. The original authors of the sections are no longer available to help interpret their work to the programmers who have inherited them," Mr. Clarke said.

"In addition, there are lots of different types of programs, and not all of them are tied together. That's why it's an inventory problem and an identification problem: our job is, literally, to lead and/or assist MIT departments, labs and centers in completing an inventory of all their software and other IT assets, and in identifying which ones use two-digit years.

"Once these have been identified, we want to provide them with any information they may need to fix the problem," he said.

As leader of the Y2K Delivery Team, Mr. Clarke's job is "to make the team work," he said. The leadership role is a "comparatively new experience" for him. He has led the SAPweb project team from its inception through the present, but this latest challenge combines technological expertise, knowledge of the culture and history of programming, knowledge of MIT's decentralized ways and knowledge of human nature.

"Thankfully, God has blessed me with good people skills," Mr. Clarke said, by way of explaining his confidence and enthusiasm for a task many would find impossibly complex.

Mr. Clarke will be using those people skills -- his bass-deep voice and his ready smile exude warmth -- with his team and throughout MIT. The Y2K Delivery Team's other responsibilities are to assist people with systems testing, to update members of the MIT community about new resources relating to Y2K issues in their own departments, and to provide representative cases of problem-solving.

Within MIT, the Y2K Delivery Team is also responsible for being a repository of reliable information for people on the Y2K situation here. Mr. Clarke himself also serves as a spokesman to media outside of MIT on steps the Institute is taking.

"People do look to MIT for information on this type of problem, and we're preparing to deal with a lot of media inquiries," Mr. Clarke said. He has already been interviewed by a South Dakota radio station and has received a call from CBS's "60 Minutes."

"Basically, they all want to know the same things: 'Why did it happen? What can we do? And what is MIT doing?'" he said. "Everyone knows MIT has a leadership role in something like this. I'm not a Y2K expert, so I don't have all of the answers. We have an excellent Y2K team, however, so when people ask what MIT is doing, I can describe our efforts with confidence."

Mr. Clarke came to MIT in 1976 as a graduate of the Bronx High School of Science in New York, his choice of college inspired by his father's example -- he was an electrical engineer -- and his uncle's encouragement. Though officially a member of the Class of 1980, "I actually graduated in 1983: I took time off to get married, start a family and understand my undergraduate thesis topic," he said.

He is a member of the VM Systems Services Team, which is part of the Information Technology Service Process within Information Systems. His current responsibilities include maintaining various software products on the I/S IBM mainframes including the customer usage accounting system and the web servers. Since September 1996, he has also served as the team leader for the SAP R/3 Web Interface Development and Implementation Team.

Updates on Y2K issues at MIT are available on the web at http://mitvma.mit.edu/mity2k/.