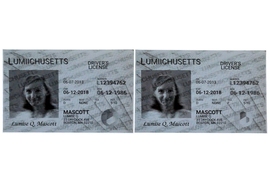 This month, 5,000 distinctive cans of Fuzzy Logic beer will appear on local shelves as part of Massachusetts-based Portico Brewing’s attempt to stand out in the aesthetically competitive world of craft beer.

The cans feature eye-catching arrays of holographic triangles that appear three dimensional at certain angles. Curious drinkers might twist the cans and guess how Portico achieved the varying, almost shining appearance. Were special lenses or foils used? Are the optical effects the result of an expensive, holographic film?

It turns out it takes two MIT PhDs to fully explain the technology behind the can’s appearance. The design is the result of Portico’s collaboration with Lumii, a startup founded by Tom Baran SM ’07 PhD ’12 and Matt Hirsch SM ’09, PhD ’14.

Lumii uses complex algorithms to precisely place tens of millions of dots of ink on two sides of clear film to create light fields that achieve the same visual effects as special films and lenses. The designs add depth, motion, and chromatic effect to packages, labels, IDs, and more.

Lumii does not operate its own printing presses. Instead the company is partnering with package manufacturers, who are often surprised to learn that the machines they’ve been operating for decades are capable of printing designs with such special effects.

The Portico collaboration is Lumii’s first project in packaging, and the founders are hoping it serves as technical validation for the large manufacturers who create packages for the world’s biggest brands.

“[The Portico label manufacturers] are using equipment that can start at 5,000 units and go up to hundreds of millions per year,” Baran says. “Our technology can blow people away, but the people who do package printing say, ‘This is beautiful; I just need to make sure I can make one hundred million of these if I have to.’ That’s what this project does.” 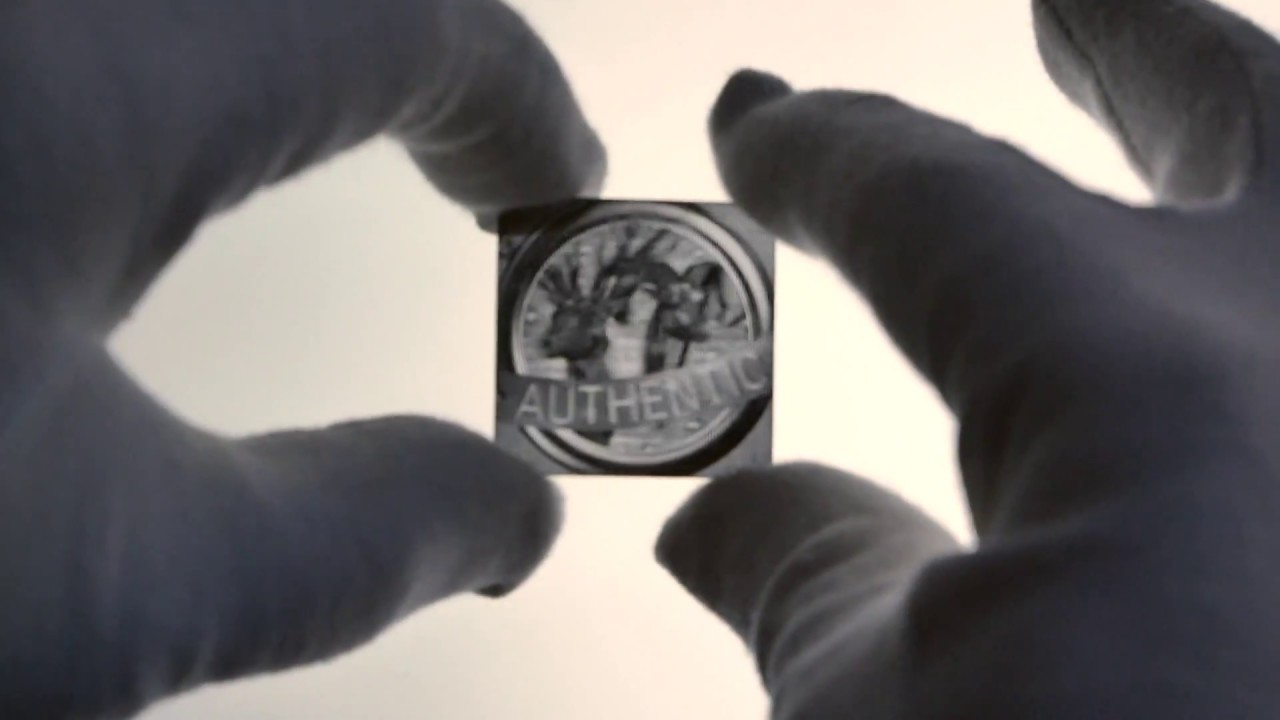 Baran and Hirsch met as undergraduates at Tufts University and stayed in touch as they both came to MIT for their graduate degrees. Hirsch’s PhD work at the Media Lab focused on using algorithms to make something appear three-dimensional, without fancy cameras or display screens.

“The challenge of making something look 3-D is about not just pixels on a screen but light rays in space,” Hirsch explains. “To have a quality 3-D image, for every pixel on your screen you have to have potentially hundreds of different viewpoints to replicate a reality, so the problem is more difficult than just using brute force to build a finer optical system to represent that.”

Baran’s research into new classes of a field of mathematics called nonconvex optimization made it possible for Lumii to process trillions of light rays to create its designs.

Hirsch knew he wanted to start a company around the technology he’d worked on for his PhD, and Lumii was officially incorporated in 2015 when Baran joined.

In 2016, they entered MassChallenge, where they decided to move from digital displays to print, which represented a bigger market but a much more complex problem.

“On a digital display, 8K [or 8,000 pixels wide] is high resolution,” Baran says. “But if I take a magazine and tear off one page from it, I’m probably holding several billion pixels on that one page.”

Still, the size of the various commercial printing sectors made them worth the added complexity. For instance, Baran says consumer packaged goods alone represent a $200 billion industry.

“When we first read some of the numbers for package printing, we thought, ‘This sounds crazy.’ But everything we buy, every product we consume, has some form of language or label on it,” Baran says. “It’s so pervasive people don’t even think about it.”

One type of packaging the founders are especially focused on is the shrink sleeve — the ubiquitous plastic wrap that covers products from mouthwash to energy drinks and spray cleaners. Lumii has also attracted attention in the security sector for applications like ID cards, which often rely on expensive foils to achieve holographic effects.

By charging a small fee for its designs, Hirsch says Lumii offers a significant cost savings for package manufacturers when compared with using holographic foils and lenses that can be impractical at the high volumes required for commercial packaging.

“There aren’t very often direct competitors to what we’re doing,” Hirsch says. “We see our technology as more complementary. If you’re using something like a brightly colored ink, we can use that ink in conjunction with our technology.”

Because Lumii’s algorithms replace foils and other label materials, they can also make bottles and cans recyclable that weren’t previously, a benefit that has resonated with many potential customers.

The Portico Fuzzy Logic can design created by Lumii. Courtesy of Lumii

Many consumer brands export the production of their packaging to a group of large manufacturers. Hirsch and Baran have impressed some of these manufacturers with their designs, but it’s been difficult getting incorporated into production lines.

“One of the things we’ve realized is it’s really important to be able to prove to people that it will work on their assembly line, and there are significant challenges to getting people to reserve time to try your experiments on their line,” Baran says.

That’s what makes the Portico project so significant for Lumii. Portico wanted an eye-catching design for its new Fuzzy Logic cans, but it couldn’t change the materials or equipment it was using. The cans use a 45-micron-thick shrink sleeve, a relatively thin material that would test Lumii’s technology.

That material is also used by many large consumer brands and so represented a perfect way to demonstrate Lumii’s potential for large companies across industries.

“The Portico project is verification that what we’re doing works with a material that can be applied across a broad range of different markets,” Baran says. “Just the fact that it’s working on those types of materials is a big deal for us.”

Now that they’ve gotten their designs on shelves, the founders have to decide how to focus their efforts to spread Lumii’s technology onto packages and labels everywhere.

“We’re thinking, ‘What are the industries where we can have the biggest impact?’” Baran says. “We get to see the reaction on people’s faces when they see their printing press printing out things that are 3-D. We want to deliver that to more places.”