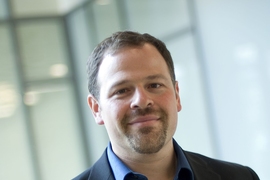 For all the fact-checking and objective reporting produced by major media outlets, U.S. voters are more likely to believe information when it comes from a candidate those voters support — and vice versa, according to a new study co-authored by MIT scholars.

The study, conducted during the U.S. presidential primaries for the 2016 election, uses a series of statements by President Donald J. Trump — then one of many candidates in the Republican field — to see how partisanship and prior beliefs interact with evaluations of objective fact.

The researchers presented study participants with both true and false statements Trump made, surveying voters from both parties about their responses. They found participants’ opinions of Trump influenced how plausible people assumed the information to be. For instance, when Trump falsely suggested vaccines cause autism, a claim rejected by scientists, Republicans who supported Trump were more likely to believe the claim when it was attributed to Trump than they were when the claim was presented without attribution.

On the other hand, when Trump correctly stated the financial cost of the Iraq War, Democrats (and Republicans who did not support Trump) were less likely to believe his claim than they were when the same claim was presented in unattributed form.

“It wasn’t just the case that misinformation attributed to Trump was less likely to be rejected by Republicans,” says Adam Berinsky, a professor of political science at MIT and a co-author of the new paper. “The things Trump said that were true, if attributed to Trump, [made] Democrats less likely to believe [them]. … Trump really does polarize people’s views of reality.”

Overall, self-identified Republicans who were surveyed gave Trump’s false statements a collective “belief score” of about six, on a scale of 0-10, when those statements were attributed to him. Without attribution, the belief score fell to about 4.5 out of 10.

“People are currently presented with a vast quantity of information, and the onus is on the individual to sort fact from fiction,” says Briony Swire, a cognitive psychologist at the University of Western Australia, in Perth, and a co-author of the study. “Using trust — or distrust — of a political figure is one shortcut we all use when it comes to assessing the validity of information.”

In conducting the study, the researchers surveyed 3,042 U.S. citizens during the fall of 2015, presenting them with four true statements from Trump as well as four false ones.

After correcting the false statements, the scholars also asked the survey’s respondents if they were less likely to support Trump as a result — but found the matter was largely irrelevant to the respondents’ voting choices.

“It just doesn’t have an effect on support for him,” Berinsky says. “It’s not that saying things that are incorrect is garnering support for him, but it’s not costing him support either.”

The latest study is one in a series of papers Berinsky has published on political rumors, facticity, and partisan beliefs. His previous work has shown that, for instance, corrections of political rumors tend to be ineffective unless made by people within the same political party as the intended audience. That is, rumors about Democrats that are popular among Republican voters are most effectively shot down by other Republicans, and vice versa.

In a related sense, Berinsky thinks, solutions to matters of truth and falsehood in the current — and highly polarized — political moment may need to have a similar partisan structure, due to the blizzard of claims and counterclaims about truth, falsehoods, “fake news,” and more.

“In a partisan time, the solution to misinformation has to be partisan, because there just aren’t authorities that will be recognized by both sides of the aisle,” he says.

“This is a tough nut to crack, this question of misinformation and how to correct it,” he adds. “Anybody who tells you there’s an easy solution, like, ‘three easy things you can do to correct misinformation,’ don’t listen to them. If it were that easy, it would be solved by now.”

Prof. Adam Berinsky writes for The Washington Post about his research investigating how to counter political rumors. “Just as important as how a rumor is debunked is who does the debunking,” he writes. “Politicians who support good public policy by speaking against their partisan interests…are considered credible sources by citizens from across the ideological spectrum.”