Building the mountain bike of wheelchairs

Caption:
The all-terrain Leveraged Freedom Chair uses a three-wheel frame and a simple lever system that is cost-efficient and easier to repair.
Credits:
Photo: GRIT

More than 20 million people in developing countries are in dire need of a wheelchair, many of them living in rural areas where access to goods, services, and health care require long-distance travel.

MIT Assistant Professor Amos Winter began researching wheelchairs in developing countries during a trip to Tanzania in summer 2005, shortly after graduating with an MS from MIT. He quickly realized that no existing chair could move fast and efficiently in rural areas.

“I talked to wheelchair users, disability advocacy groups, and wheelchair builder organizations and got a sense that there was a big gap in technology,” Winter says. “There wasn’t a product that would enable a person to go long distances on rough terrain but also be small enough to be used indoors. So those became the core requirements of the Leveraged Freedom Chair and the foundation of [Global Research Innovation and Technology (GRIT)].” 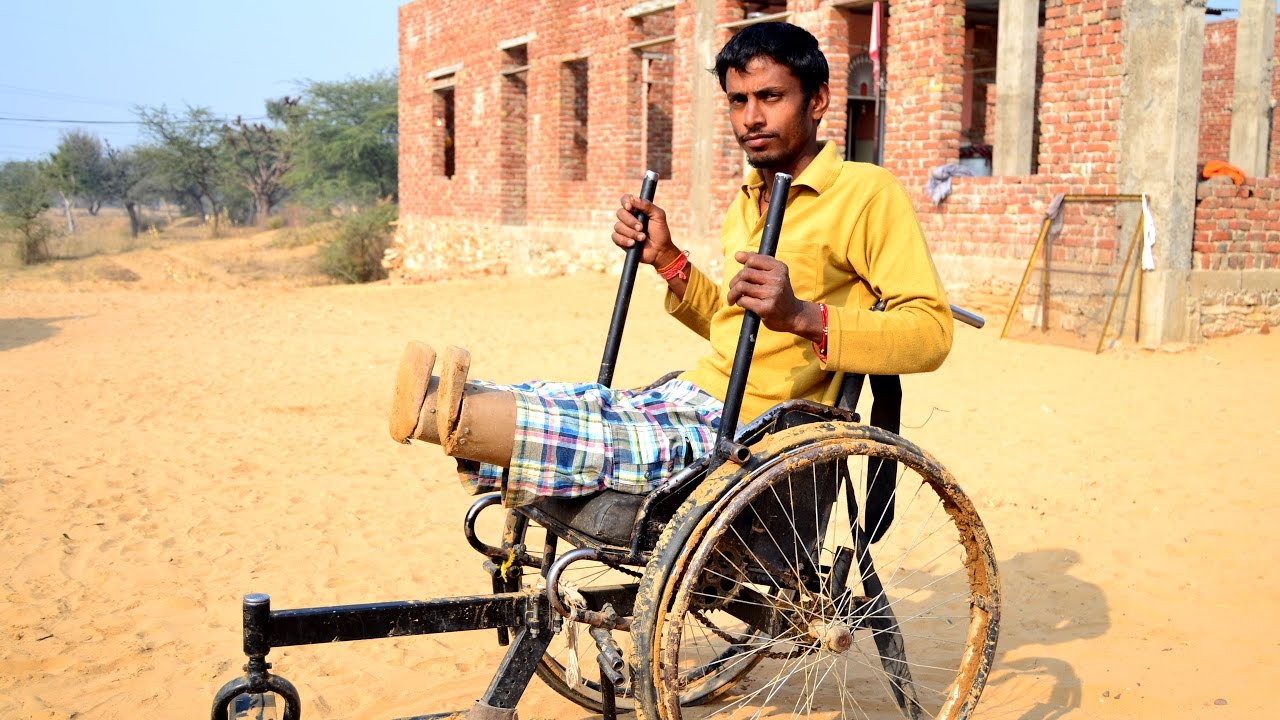 Play video
Developed in a class at MIT, the Leveraged Freedom Chair is an affordable, all-terrain wheelchair made up of bike parts and a lever system. In this video, four MIT alumni share the story of how a class project became a mass-produced product.

In 2006, Winter started EC.721 (Wheelchair Design in Developing Countries) an Edgerton Center and D-Lab course that studied the operating environments of developing countries, and then applied scientific and engineering knowledge to create solutions.

“I felt a demand from students who wanted to get involved with technology-based projects that would actually benefit people’s lives,” he says. “And I saw good opportunities to improve wheelchair technology through the innovative capabilities of MIT.”

Winter would teach the class for four years, and the all-terrain chair’s design developed over time, thanks in part to student research and significant user feedback. Originally using the gears of a mountain bike as a template, the wheelchair evolved to a three-wheel frame that used a simple lever system that was more cost-efficient and easier-to-repair.

“We realized very early on that whatever we created had to be easy to maintain, even in a remote village, says Tish Scolnik ’10, who took the course as a first-year student and also conducted research in Tanzania. “When you push on the levers, you propel yourself forward. It gives you a lot more leverage, and it’s easier to go over obstacles.”

Scolnik and classmates Mario Bollini ’09, SM ’12 and Ben Judge ’11, MEng ’12 were part of a group that would continue to refine the wheelchair throughout their undergraduate time at MIT, building dozens of prototypes and conducting field trials in East Africa, Guatemala, India, and later, the United States.

“You could really see the difference that it was going to make in people’s lives and the little improvements that kept making the product even better,” Scolnik says. “It’s the feedback that we’re getting from people that are actually using the chair that made us want to keep doing it.”

Scolnik, Bollini, and Judge decided to continue to work on the since-named Leveraged Freedom Chair after their MIT graduations. Scolnik and Bollini co-founded the social enterprise startup GRIT (Judge is product development engineer) and the startup won the diamond award for social impact at the 2012 MassChallenge competition. GRIT’s work has also been supported by the Priscilla King Gray Public Service Center and the D-Lab Scale-Ups fellowship program.

Since its founding, GRIT has been featured on CNN, The Wall Street Journal, TEDx, and The Boston Globe. Today, upgraded and base models of the Freedom Chair sell in the U.S., and a humanitarian version of the chair is available to developing countries and distributed via aid agencies and NGOs.

“It’s pretty amazing to be able to make a difference in someone’s life in your day-to-day job,” Judge says. “I think College Ben sitting at MIT doing a pset would give present-day Ben a big high-five.”

This story originally appeared on the Slice of MIT blog.

Boston Globe reporter Nate Weitzer spotlights the GRIT Freedom Chair, an all-terrain wheelchair developed by Global Research Innovation and Technology, an MIT startup. “The GRIT Freedom Chair can go where regular wheelchairs can’t – including grass, mud, or rocky terrain,” writes Weitzer. “For athletes who use wheelchairs, it offers the opportunity to compete in events such as a Spartan Race, or the ability to join friends on a hike or a beach day.”

School of Engineering teams win big at this year’s MassChallenge