Caption:
A new system that can anticipate room assignments and suggest which nurses to assign to patients for C-sections and other procedures provided satisfactory recommendations to nurses 90 percent of the time.

Today’s robots are awkward co-workers because they are often unable to predict what humans need. In hospitals, robots are employed to perform simple tasks such as delivering supplies and medications, but they have to be explicitly told what to do.

A team from MIT’s Computer Science and Artificial Intelligence Laboratory (CSAIL) thinks that this will soon change, and that robots might be most effective by helping humans perform one of the most complex tasks of all: scheduling.

In a pair of new papers, CSAIL researchers demonstrate a robot that, by learning from human workers, can help assign and schedule tasks in fields ranging from medicine to the military. 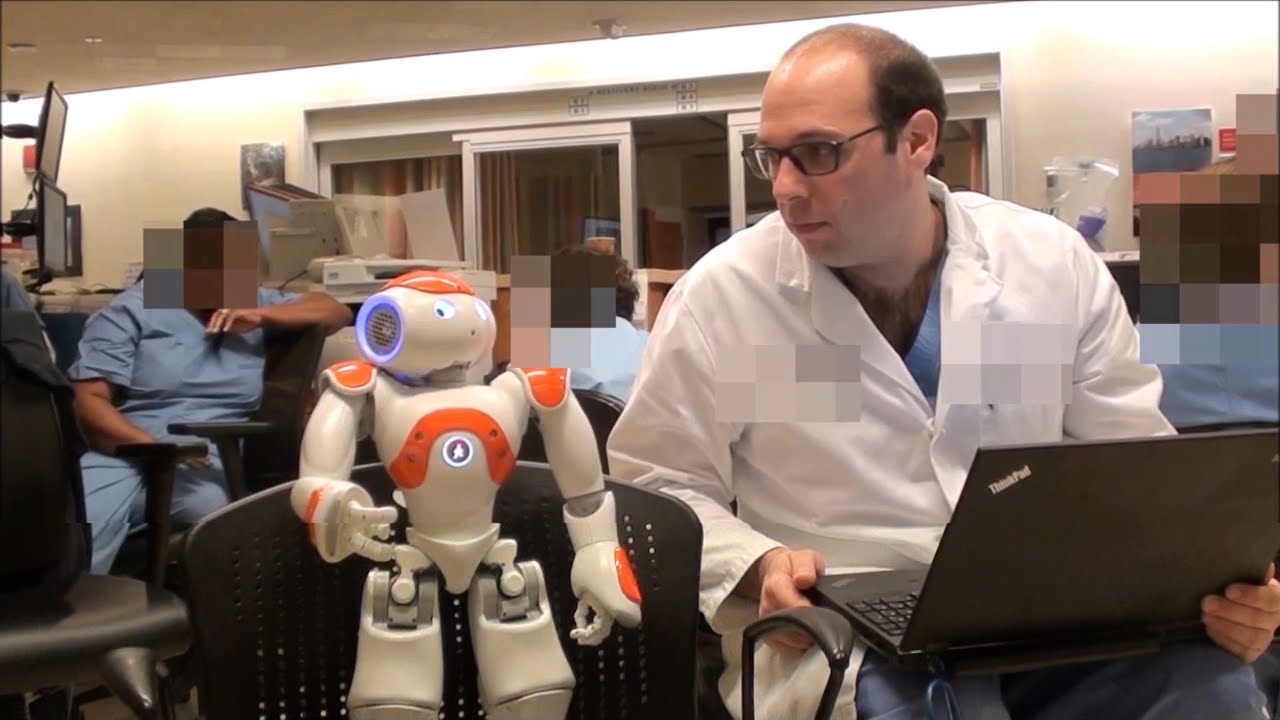 In one paper, the team demonstrated a robot that assisted nurses in a labor ward, where it made recommendations on everything from where to move a patient to which nurse to assign to a C-section.

“The aim of the work was to develop artificial intelligence that can learn from people about how the labor and delivery unit works, so that robots can better anticipate how to be helpful or when to stay out of the way — and maybe even help by collaborating in making challenging decisions,” says MIT professor Julie Shah, the senior author on both papers.

In a second paper, the same system was put to the test in a video game that simulates missile-defense scenarios. In the game, which was developed by MIT Lincoln Laboratory researchers and involves using decoy missiles to ward off enemy attacks, the system even occasionally outperformed human experts at reducing both the number of missile attacks and the overall cost of decoys.

The labor-ward paper was presented at the recent Robotics: Science and Systems (RSS) Conference and was co-written by PhD student Matthew Gombolay, CSAIL postdocs Xi Jessie Yang and Brad Hayes, and Neel Shah and Toni Golen from Beth Israel Deaconess Medical Center, which is where the study took place.

The Navy-simulation paper is being presented at this week’s International Joint Conference on Artificial Intelligence (IJCAI), and was co-written by Gombolay and the Lincoln Lab’s Reed Jensen, Jessica Stigile, and Sung-Hyun Son.

From visiting hospitals and factories, Shah and Gombolay found that a subset of workers are extremely strong schedulers, but can’t easily transfer that knowledge to colleagues.

"Figuring out what makes certain people good at this often seems like a mystery,” Gombolay says. “Being able to automate the task of learning from experts — and to then generalize it across industries — could help make many businesses run more efficiently.”

A particularly tough place for scheduling are hospitals. Labor wards’ head nurses have to try to predict when a woman will arrive in labor, how long labor will take, and which patients will become sick enough to require C-sections or other procedures.

They are deluged with an endless stream of challenging split-second decisions that include assigning nurses to patients, patients to beds, and technicians to surgeries. At Beth Israel, the head nurse has to coordinate 10 nurses, 20 patients, and 20 rooms at the same time, meaning that the number of distinct scheduling possibilities adds up to a staggering 21,000,000, which is more than the number of atoms in the universe.

“We thought a complex environment like a labor ward would be a good place to try to automate scheduling and take this significant burden off of workers,” says Gombolay.

Like many AI systems, the team’s robot was trained via “learning from demonstration,” which involves observing humans’ performances of tasks. But Gombolay says researchers have never been able to apply this technique to scheduling, because of the complexity of coordinating multiple actions that can be very dependent on each other.

To overcome this, the team trained its system to look at several actions that human schedulers make, and compare them to all the possible actions that are not made at each of those moments in time. From there, it developed a scheduling policy that can respond dynamically to new situations that it has not seen before.

“Rather than considering actions in isolation of each other, we crafted a model that understands why one action is better than the alternatives,” Shah says. “By considering all such comparisons, you can learn to recommend which action will be most helpful.”

The policy is “model-free,” meaning that the nurses do not have to train the robot by painstakingly ranking each possible action in each possible scenario by hand.

“You can put the robot on the labor floor, and, just by watching humans doing the different tasks, it will understand how to coordinate an efficient schedule,” says Gombolay.

With this framework, the system — which the team has dubbed “apprenticeship scheduling” — can anticipate room assignments and suggest which nurses to assign to patients for C-sections and other procedures.

The approach was evaluated through experiments in which a robot provided decision-support to nurses and doctors as they made decisions on a labor floor.

Using the system on a Nao robot, nurses accepted the robot’s recommendations 90 percent of the time. The team also demonstrated that human subjects weren’t just blindly accepting advice; the robot delivered consciously bad feedback that was rejected at the same rate of 90 percent, showing that the system was trained to distinguish between good and bad recommendations.

Nurses had almost uniformly positive feedback about the robot. One said that it would “allow for a more even dispersion of workload,” while another said that it would be particularly helpful for “new nurses [who] may not understand the constraints and complexities of the role.”

“A great potential of this technology is that good solutions can be spread more quickly to many hospitals and workplaces,” says Dana Kulic, an associate professor of computer engineering at the University of Waterloo. “For example, innovative improvements can be distributed rapidly from research hospitals to regional health centres.”

Shah says that the new techniques have many uses, from turning robots into better collaborators to helping train new nurses, but the goal is not to develop robots that fully make decisions on their own.

“These initial results show there is tremendous potential for machines to collaborate with us in rich ways that will enhance many sectors of the economy,” Shah explains. “The awkward robots of the past will be replaced by valued team members.”

Boston Globe reporter Katie Johnston speaks with several MIT researchers about their work developing technology that is aimed at improving collaboration between humans and robots. Prof. Julie Shah notes that offloading easier decisions onto a machine “would allow people to focus on the parts of job that truly require human judgment and experience.”

Dr. Mallika Marshall reports for CBS Boston that MIT researchers have created a robot that helps maternity nurses make scheduling and placement decisions. “What we found was that the suggestions of the robot were accepted 90 percent of the time, which was very exciting for us,” explains Prof. Julie Shah.

Gabrielle DiBenedetto writes for Boston Magazine that researchers from MIT CSAIL have developed a robot that can help nurses schedule tasks. DiBenedetto writes that the robot “learns how to perform the scheduling job similarly to how a human would: through observation.”

CSAIL researchers trained a robot to analyze and make scheduling suggestions in a hospital labor ward, writes Kelsey Atherton for Popular Science. Atherton writes that “by adding in a robot that can analyze scheduling needs, hospitals could make better informed decisions.”

CNN reporter Sara Ashley O’Brien writes that CSAIL researchers have demonstrated that a robot could help schedule tasks in a hospital’s labor and delivery unit. The researchers trained a robot to understand a nurse’s scheduling decisions and “90% of the time the Nao robot made suggestions that doctors and nurses carried out.”