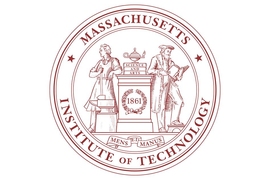 The following email was sent today to the MIT community by Provost Martin Schmidt.

To the members of the MIT community:

In fall 2015 I asked Chris Bourg, Director of MIT libraries, to lead an Ad Hoc Task Force on the Future of Libraries, composed of faculty, staff and students from across the Institute. The Task Force was charged with seeking broad input from the MIT community in order to develop a vision of how the MIT Libraries ought to evolve to best advance the creation, dissemination, and preservation of knowledge, not only to support MIT's mission but also to position the Institute as a leader in the reinvention of research libraries.

The Task Force has issued its Preliminary Report, along with an Executive Summary, available here on the Task Force's web site. The Report includes a set of ten recommendations that outline a comprehensive vision for the Libraries in the coming decades. The Task Force is very interested in receiving your feedback on this Preliminary Report, and I invite all members of the MIT community to send questions or comments about the Report to future-lib@mit.edu, or comment directly on the report on PubPub, an interactive open-source publishing platform developed at the MIT Media Lab. This feedback will help the Task Force to finalize its report.

In addition, the Libraries will be sending details about an open forum later this fall to which community members will be invited to discuss the content of the report.

I'd like to thank Chris and all of the members of the Task Force for their efforts in producing this report, and we look forward to receiving your feedback.

Letter regarding the Task Force on the Future of Libraries