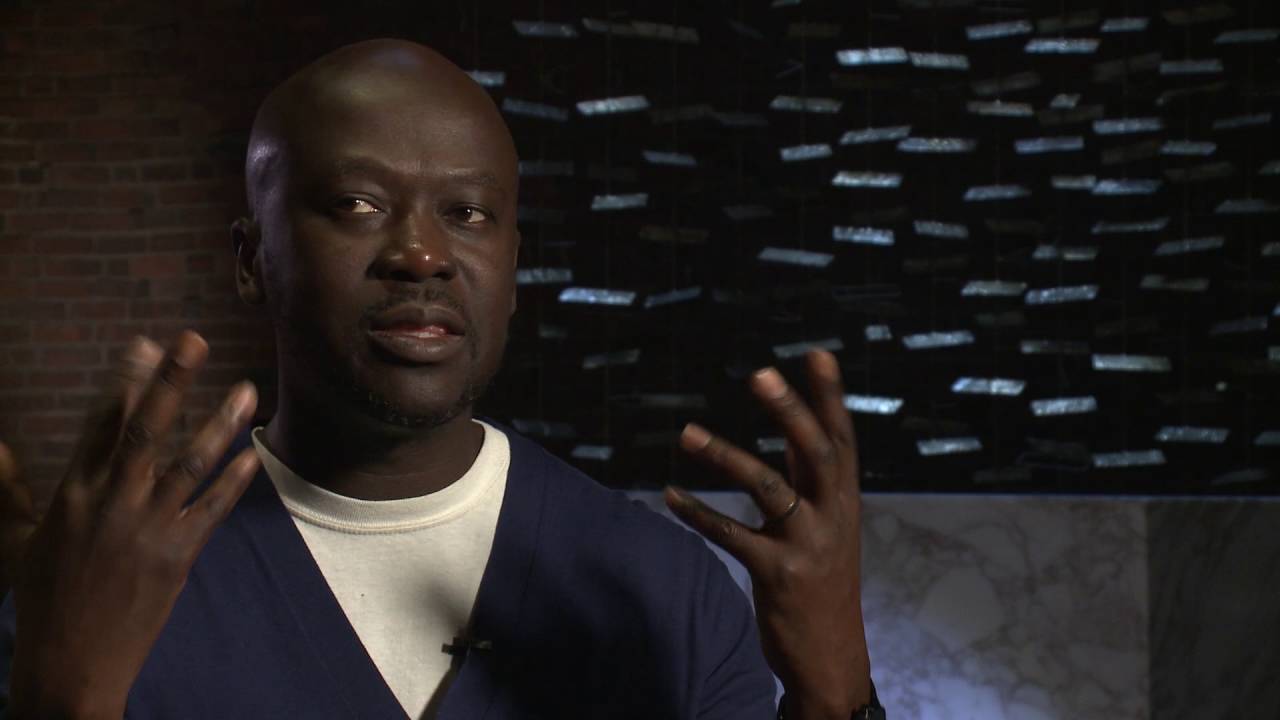 “If the campus is a sentence, then the chapel is the full stop that makes you pause.”

These are the words of renowned architect David Adjaye — perhaps best known as the lead designer of the Smithsonian National Museum of African American History and Culture in Washington — regarding a magnificent small building here on campus, the MIT Chapel.

Adjaye visited the MIT campus on several occasions in the past year, as part of his Eugene McDermott Award residency. On one of his visits, Adjaye spoke with the Center for Art, Science and Technology (CAST) about his impressions of the chapel, which is located on the Kresge Oval opposite the Institute's 77 Massachusetts Ave. entrance. The chapel was built by Eero Saarinen in 1955 and recently underwent a substantial renovation, including key restorations and upgrades to the exterior and interior of the building and to the surrounding moat.

In this new interview, Adjaye discusses his first visit to the MIT Chapel as an architecture student in the mid-1990s researching faith-based spaces; Saarinen’s use of materials for functional and emotional purposes; how the special confluence of brick, wood, light and water creates atmosphere and conveys a profound narrative; the building’s relationship to the surrounding landscape and to Kresge Auditorium, also by Saarinen; and how ideas expressed in Saarinen’s architecture have influenced his own work.