What 6.9 million clicks tell us about how to fix online education

The rise of online education and massively open online courses (MOOCs) have prompted much naysaying on their effectiveness, with detractors citing single-digit completion rates and short-lived pilot programs.

Amidst all the arguments about “flipped classrooms” and “hybrid learning,” however, few people have actually analyzed what makes MOOCs work (or fail): the content. Online learners spend most of their time watching videos — but are the videos any good?

In a paper published this spring, the CSAIL team outlined some key findings on what online learners want from videos. These include:

These insights form the basis of the CSAIL team’s LectureScape, a “YouTube for MOOCs” that seeks to reinvent how online learners watch videos.

LectureScape uses data on viewing behavior — particularly the “interaction peaks” that correspond to points of interest or confusion — to present MOOC videos in a way that’s more intuitive, dynamic, and effective:

In summary, viewers can consume videos more efficiently, skipping specific sections or repeating trickier ones, without having to slog through the whole video. 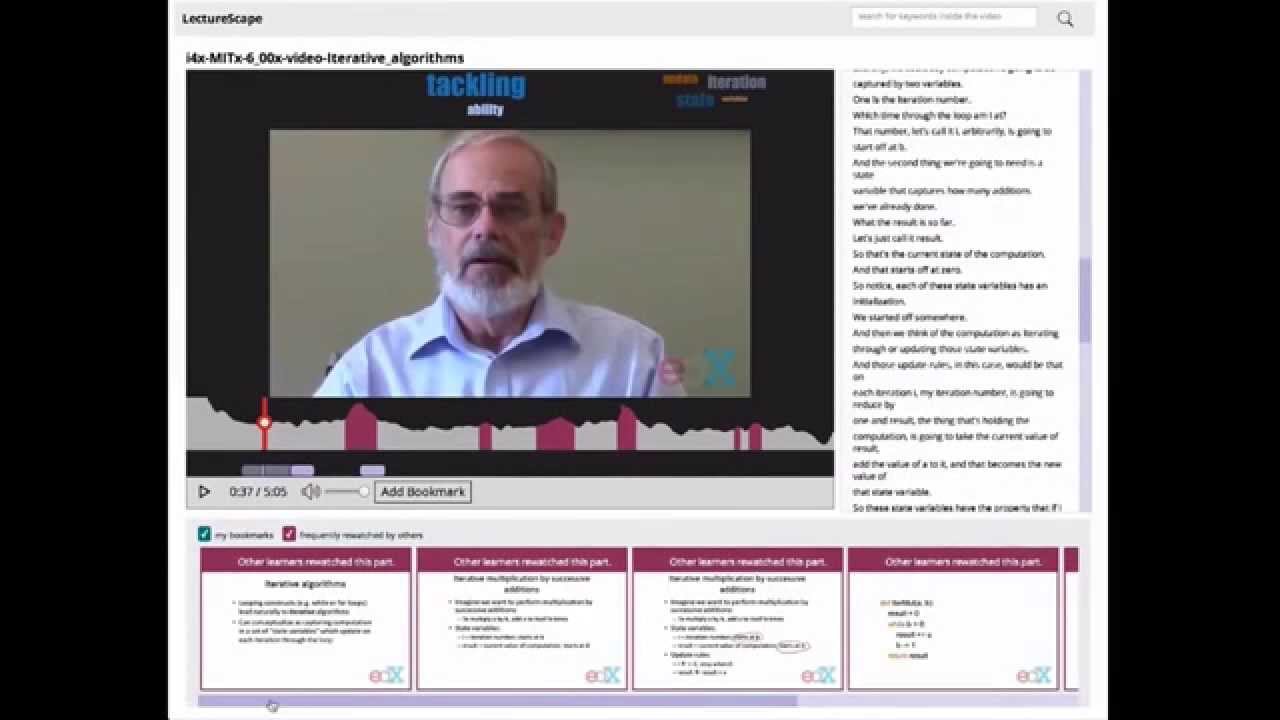 Play video
A demo of LectureScape, a “YouTube for MOOCs” designed by MIT researchers that seeks to reinvent how online learners watch videos

Juho Kim, a graduate student in electrical engineering and computer science, says that the group’s previous work on the tutorial-focused platform ToolScape (PDF) demonstrated that users learn more effectively with this type of interface. He says that traditional MOOC metrics, such as completion rates, are “too simplistic,” and don’t account for the many learners seeking specific skills (versus intending to formally finish a course).

Kim says the next steps for LectureScape include personalized lecture-video recommendations, in the style of Netflix, as well as “on-demand expansion,” which includes links to relevant videos to clarify potentially confusing topics.

He also hopes to implement the tool on a larger scale to quantify its effect on student engagement and performance. The technology can be easily applied to existing MOOC content, as the tool uses machine learning to automatically segment videos based on visual cues.