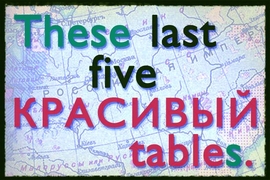 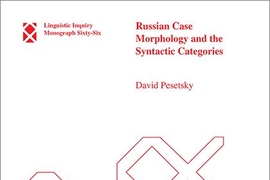 ↓ Download Image
Caption: The cover of "Russian Case Morphology and the Syntactic Categories" by David Pesetsky.

Caption:
The cover of "Russian Case Morphology and the Syntactic Categories" by David Pesetsky.
When it comes to numbers, Russian grammar has a bewildering thicket of rules. A singular noun such as “table” (“stol” in Russian), used as the subject of a sentence, takes a special “case form” called the nominative singular. When used with numbers five and above, table takes a different form called the genitive plural (“pjat’ stolov”). And with numbers from two to four, it takes still a different form, the genitive singular (“dva stola”).

But with any number whose last digit is 1, the proper case is again the nominative singular: In Russian, “5,281 children” would be translated literally as “5,281 child.” Many of these forms change again if the noun is the object of a preposition.

“Russian has this astonishing mess with the numbers,” says David Pesetsky, the Ferrari P. Ward Professor of Modern Languages and Linguistics and head of MIT’s Department of Linguistics and Philosophy.

What interests Pesetsky most about this mess are the rules of grammatical case: the prefixes and suffixes that, in many languages, tell us what part of speech a word holds in a given sentence. To read any Latin sentence, for instance, you must recognize the suffix that denotes the case ending of each noun, in order to see what part of speech that noun has, and to glean the proper meaning of the sentence. Today, case features prominently in German, Japanese, and Korean, among other languages. (In English, case exists only in small traces, such as the distinction between “she” and “her.”)

But the oddity of Russia’s case rules for numbers, Pesetsky thinks, may tell us something important about case more generally, by giving us a rare glimpse into aspects of the modern language that are normally hidden from view by other complexities. Case, he argues, does not comprise a stand-alone set of grammatical rules; instead, certain case endings naturally belong to, and derive from, certain parts of speech. Nouns, as Pesetsky puts it, are “born genitive,” and the existence of case may simply reflect how the different parts of speech interact with each other.

Now Pesetsky is making his case for this theory in a book, “Russian Case Morphology and the Syntactic Categories,” just published by MIT Press.

“The idea is to reduce the notion of case to the notion of parts of speech,” Pesetsky says. “You can get rid of an extra complication in the entire theory of grammar.” In so doing, however, Pesetsky says he is addressing a “deeper, more meaningful [question]: to ask why languages should have case in the first place.”

To anyone who has even struggled through, say, elementary Latin, the idea that nouns have a natural case seems quite peculiar. Consider the forms of the word for dog: “Canis,” the nominative case ending, means it is the subject of a sentence (“The dog ate Virgil’s food”), while “canem,” the accusative, means it is the direct object (“Virgil fed the dog”), and “cani,” the dative, is the indirect object (“Virgil took the food to the dog”). The existence of case provides such linguistic flexibility.

To see why nouns might be inherently genitive, though, consider a Russian phrase Pesetsky discusses in his book: “eti poslednie pjat’ krasivyx stolov,” or “these last five beautiful tables,” which is an example of “case mismatch.” The words “these,” “last,” and “five” are all in the nominative case, but “beautiful” and “tables” remain genitive.

Pesetsky — drawing on a particular comparison first developed by his MIT colleague Norvin Richards, between Russian and the vanishing Australian language Lardil — asserts that this mismatch occurs because Russian is actually a “case-stacking” language, that is, one in which multiple cases can legitimately apply to a given word at a given time. In Russian, that case-stacking tendency is usually invisible, because of the interaction of other processes.

“My idea is that what nouns and verbs are doing when they do case marking is they’re really just marking some other phrase as having been dependent on them,” Pesetsky says. “A noun assigns genitive because genitive is just another name for noun. Verbs assign accusative because they are accusative. Prepositions assign instrumental or dative [cases] because they are [originally] instrumental or dative.”

In this view, the persistence of the genitive case in the numeral-based Russian nouns is not just a curiosity, but a window into the underlying mechanics of language.

Pesetsky’s proposals about Russian are not what is taught in Russian textbooks, notes Pesetsky, who first worked on the language in the 1970s.

“If you open up a Russian grammar book, they’ll tell you the numeral assigns the genitive case,” Pesetsky says. “My suggestion is we turn that on its head. What the numeral is actually doing is preventing the genitive that the nouns were born with from being erased due to assignment of another case by the verb.”

Pesetsky says that his ideas have surprised some linguists, especially specialists in Slavic languages, but the book has received praise. John Frederick Bailyn, a linguistics professor at Stony Brook University who has written about Russian syntax, has called the book a “brilliant and astonishingly original account of one of the most notorious problems in Russian morphosyntax,” and adds that in so doing it “provides a radical simplification of the overall architecture of syntactic theory.”

As Pesetsky readily acknowledges, the discovery of certain examples showing that case does not operate as we have long assumed is a departure point for further inquiry.

“It’s unlikely that I’ve completely gotten rid of case as a separate system in the world’s languages,” he says. “What I suspect is that what we call case is really several interacting systems.” As a specialist in syntax, however, he does think that what might emerge from rethinking case is a more robust understanding of how case operations mesh with syntax, the fundamental rules of languages.

“Either I’m wrong, in which case it’s a spur for someone to come up with a better theory, or we have to overcome our intuitions,” Pesetsky says.