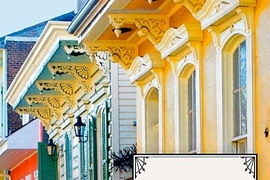 Meanwhile, people working as “block captains” located displaced residents, asked about their plans, and persuaded them to return — even as the neighborhood was still coated with the physical residue of the flood. When these residents returned to their old homes, the neighborhood group placed signs in their yards proclaiming, “Broadmoor Lives.”

This community activism and involvement in the recovery process is an underappreciated part of New Orleans’ story in recent years, says Karl Seidman, a senior lecturer in MIT’s Department of Urban Studies and Planning and author of a new book, “Coming Home to New Orleans,” about the Crescent City’s renewal.

“You need to rebuild the civic infrastructure on the neighborhood scale in order for people to come back,” Seidman says.

In the new book, published this month by Oxford University Press, Seidman examines these local, citizen-based efforts in multiple neighborhoods in New Orleans. The topic is one he knows as an interested observer: Like many urban-studies specialists, Seidman created classes and projects that helped get students to work on the recovery in New Orleans; he also offered advice and help to residents of the city.

Among other reasons, Seidman believes community-based recovery efforts can be successful because — as he documents — they occurred in markedly different types of neighborhoods. For instance, New Orleans’ Village de L’Est neighborhood was, and is, very different from Broadmoor: It consists heavily of Vietnamese immigrants, whereas Broadmoor has a group of longstanding residents, roughly two-thirds African-American and one-quarter white. Yet both areas produced intensive grassroots recovery efforts.

“In Village de L’Est, it was a neighborhood that was very much organized around the church,” Seidman says. “So the church played a strong role in providing social support, moral support and material support. But the church also organized the community’s voice to help get resources for the community.”

In Village de L’Est, those efforts included everything from getting authorities to restore power to the neighborhood quickly to creating a new community-development organization, and even helping immigrants cross language barriers in the process of receiving aid.

‘The gap is at the community scale’

Such efforts are important in the first place, Seidman says, because most organizations’ efforts at urban recovery, whether by government or private-sector developers, either address very large-scale projects or offer smaller-scale aid to individual families. That leaves open the question of how midsize neighborhood assets — schools, libraries, community centers, the infrastructure of local business districts — are restored.

“A lot of recovery efforts are aimed at how the individual person or business rebuilds,” says Seidman, referring to programs run by the Federal Emergency Management Agency and the Small Business Administration, among others. “And there’s a lot of support for rebuilding major infrastructure and facilities. But the gap is this community scale. The rebuilding of a city is really a collective effort that happens by people in communities working to help each other come back, and to reduce the risk and uncertainty of rebuilding.”

That last point may be hard to measure, but is crucial, notes Seidman; residents need to feel confidence that a worthwhile city will exist in the future. Even those yard signs in the Broadmoor neighborhood, he observes, “created a visual picture of people’s decisions to rebuild.”

Other scholars have said “Coming Home to New Orleans” fills a niche in the literature. Douglas Ahlers, a senior fellow at Harvard University’s Kennedy School of Government, says the book makes “an important contribution to the body of knowledge of disaster recovery” by looking at “the often-overlooked intermediate layer of neighborhoods and the role they serve in the recovery of a place after a disaster.”

Indeed, Seidman says he hopes that some of the lessons of community-level action in New Orleans will be applied more broadly, from neighborhoods hit by Hurricane Sandy last fall to cities that might be damaged by major storms in the future.

“What can we learn about how cities might rebuild better, if they can tap into this?” Seidman asks. And while there are many elements of recovery, he notes, ultimately, “Residents, through their own initiative and through these grassroots efforts, have really contributed a lot to rebuilding. That’s an important story to tell.”