The science of politics 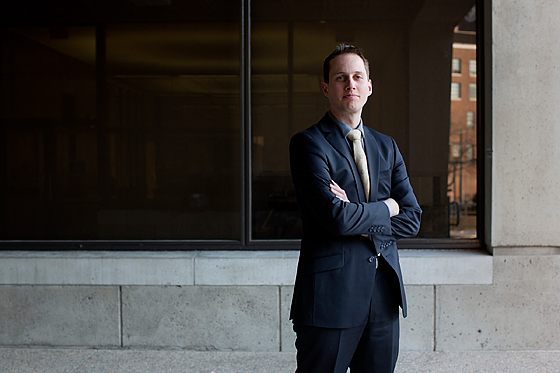 A common piece of received wisdom about the Cold War is that the spread of Western culture helped bring down the Berlin Wall: Exposure to Western television shows, the idea goes, demonstrated to East Germans, among others, what they were missing by not living in a free society, and loosened the hold of that country’s Communist government on its people.

It is an appealing hypothesis. But is it true? Several years ago, political scientist Jens Hainmueller figured out a way to test it: Due to an accident of topography, residents of Dresden, in East Germany, did not receive Western television (the city lies in a basin), while people who lived nearby did. Using a variety of data — surveys of attitudes and political views, exit-visa applications, and more — Hainmueller and his colleague Holger Lutz Kern of the University of South Carolina found that, other things being equal, East Germans with access to West German television were actually more supportive of the Communist regime than those who did not watch Western programming.

“Having Western television just made people more content with living there,” explains Hainmueller, now an associate professor in MIT’s Department of Political Science.

“It provided entertainment, movies, soccer games. A lot had been written on the effects of political propaganda, but the design of this study gave us the opportunity to isolate cause and effect.”

Like much of Hainmueller’s work, that paper, subsequently published in the journal Political Analysis, challenged conventional assumptions with a sophisticated “natural experiment”: a study in which two groups of people differ in only one key respect. Indeed, Hainmueller, who received tenure at MIT last year, has made a name for himself in political science by developing natural experiments shedding light on multiple issues — mostly involving immigration, as well as the ability of politicians to cash in on their status as officeholders.

Recently, for instance, Hainmueller and political scientist Dominik Hangartner of the London School of Economics published a paper showing how immigrants’ countries of origin affect their chances of gaining Swiss citizenship: During the 1990s, they found, immigrants to Switzerland from Yugoslavia and Turkey were 40 percent less likely to gain citizenship than immigrants from other nations. Meanwhile, Hainmueller has shown, Americans are more likely to favor highly skilled immigrants rather than lower-skill immigrants.

When it comes to politicians enriching themselves, Hainmueller has discovered that members of the U.S. Congress do not seem to have especially useful information that helped them invest well; from 2004 to 2008, their stock portfolios underperformed the market by about 2 percent. In Britain, on the other hand, Hainmueller has found — thanks to another study using a painstaking comparison of two highly similar groups of people — that serving in Parliament doubled the wealth of Conservative Members of Parliament (MPs), but there was no significant financial benefit for Labour Party MPs.

“Doing natural experiments requires the methodological tools, but that needs to be combined with a deep knowledge of the subject matter,” Hainmueller says.

Hainmueller, who grew up with activist parents in Freiburg, Germany, says there is a simple explanation for his interest in politics: It was a daily topic of conversation in the Hainmueller household.

“There was a very lively discussion culture at the kitchen table,” Hainmueller says. “Political talk pretty much dominated everything. If you wanted to get any airtime, you had to say something about politics and take a stance. That got me into political debates, and I started reading the newspapers about all the issues.”

But while the family debates may have sometimes gotten heated, Hainmueller emerged with a distinctly cooler attitude about politics. He wanted to assemble hard data that would tell him whether or not certain widespread assumptions were true.

“I was very early on drawn to the analytical side of things, trying to get a sense about why things happen, taking an observer’s perspective,” Hainmueller says. “I quickly got interested in systematic data collection and empirical work.”

Hainmueller attended the University of Tubingen as an undergraduate, got a master’s degree at the London School of Economics, and then received his PhD at Harvard University. It was while working on his PhD that he developed his first breakthrough paper, on the British MPs: Hainmueller used probate records for the financial data about the politicians, but also matched Conservative and Labour candidates who had contested elections with razor-thin margins of victory, to ensure that he was comparing people of roughly similar capabilities.

Similarly, the study of Swiss immigration analyzed otherwise comparable candidates for citizenship, allowing Hainmueller to tell what difference the country of origin makes. Since those citizenship decisions were made by votes of Swiss residents, the study circumvented another common problem in studying attitudes about immigrants — that people may not reveal their true feelings in public-opinion surveys.

No longer out on a limb

While a good natural experiment might seem obvious in retrospect, none of them are easy to construct. Hainmueller emphasizes that it takes hard-won experience “to know where to find the data, or what the interesting questions might be. I talk to people [in these fields], I stay up to date, and read up on the regulations, the laws.” A sudden shift in law can create a natural experiment by exposing similar sets of people to different policies.

For a young professor seeking tenure, hunting for such experiments can also be risky, if the data turn out to be inconclusive and no decisive results can be published.

“Sometimes you do a natural experiment and it turns out to be totally confounded,” Hainmueller says. “At that point you have to bury the project and just do something else. If you are trying to approximate an experiment, which is always kind of the gold standard, then you may have a very high failure rate in empirical work.”

Still, Hainmueller says, he has always felt that his MIT colleagues understand the rationale behind his methods. Having gained tenure, he is continuing to research immigration intensively. And having become a father for the first time last fall, Hainmueller may at some point have the chance to pass on the family love of politics that he gained at the kitchen table.

“Those were very heated and lively debates, but in a nice way,” he reflects. “Our family is very well-functioning, and everything is great. But it was intense. It was very tough to get a word in. It still is.”