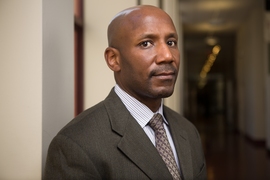 In 2006, Brown University made headlines by releasing a report documenting the institution’s historical links to slavery. As the university confirmed, it had accepted donations from slave owners and slave traders, dating to its founding in 1764.

That report turned heads both because of its thoroughness and because of Brown’s geographic location, in New England. Many Southern universities had obviously been enmeshed with slavery, even owning slaves. But as Brown’s report suggested, colleges and universities up and down the East Coast had deep connections to slavery prior to 1865.

“Even institutions we see as fairly benign are enveloped in this system, this Atlantic economy,” says Craig Wilder, a professor of history and head of the history faculty at MIT. “That economy was heavily rooted in the slave trade.”

Now Wilder has a written a new book exploring the breadth of the economic, social and intellectual entanglements between America’s early universities and the slave trade. In “Ebony & Ivy: Race, Slavery, and the Troubled History of America’s Universities,” published this month by Bloomsbury Press, Wilder details how a number of American colleges, from the 1600s through the 1800s, were founded and governed by slaveholders and slave traders, while receiving funding and recruiting students from wealthy colonial families whose businesses were built on slavery.

As Wilder shows, the relationship between colleges and the slave economy went both ways: America’s early colleges not only received backing from slave owners and slave traders, but in turn produced graduates who governed the slave economy, and, in another part of the colonial effort, oversaw efforts to convert Native Americans to Christianity.

For all of that, Wilder says, his book is not a broadside against America’s higher-education system. Instead, it is a historical reconstruction of the ways that colleges and universities were a product of the society from which they emerged, while enabling its growth.

“If readers imagine it’s a book that just attacks colleges, they’ll be disappointed,” Wilder says. “Hopefully they will be surprised that it’s much more about the role of the college in the North American colonies and in the rise of the United States.”

The children of colonialism, and their families

For insight into the tolerance of slavery among early college benefactors, consider one example from Wilder’s book: Jonathan Belcher, the son of a merchant who actively participated in the slave trade. In 1708, the younger Belcher traveled to Europe and gave a Native American slave to a Hanoverian princess. He was appointed governor of Massachusetts in 1729 by King George II of England, and became a trustee of Harvard College, his alma mater; then, in the 1740s, Belcher was appointed governor of New Jersey, where he raised funds for (and made donations to) the brand-new College of New Jersey, now Princeton University.

“Jonathan Belcher was a child of colonialism,” Wilder argues in the book. Indeed, one sobering implication of Wilder’s work is that early American colleges almost inevitably needed the support of people like Belcher, who had profited from the slave trade, simply to survive.

New England, after all, prospered partly because of a shipping economy that linked it to the American South, the Caribbean, and the transatlantic slave trade. New Englanders shipped materials south while bringing goods produced with slave labor back, and participated in the slave trade as investors and insurers. Colleges only enhanced those ties.

“It’s the wealthy sons of Virginia and the sons of the Caribbean plantations who are coveted by the colonial schools,” Wilder says. “If you’re going to maintain your enrollments and create warm relations with potential donors, then you’re following New England’s ships south to Virginia, the Carolinas and the West Indies. In much the same way that New England maintained itself by carrying on a healthy merchant trade with [those places], the colleges also used those trade networks.”

As Wilder also explores in the book, the setting of these colleges, in the New World, actually contributed to the rise of racial theories about humans: In the 18th century, scores of people educated at American colleges were continuing their studies in the great universities of Europe, where they shared accounts of their firsthand contact with black people and Native Americans.

“These colonial students were given tremendous authority,” Wilder adds.

Support for slavery was hardly unanimous in the United States, however. By the late 1700s, many professors and even the presidents of what are now Brown, Columbia and Yale universities, among other schools, had made a cause of antislavery, and in some cases had personally freed slaves. This debate even spread to the South: In the 1820s and 1830s, student societies at the University of Georgia resolved that slavery was unjust, while the University of North Carolina published an antislavery critique by a university trustee.

“Colleges turned to and exploited the slave economies of the Americas at the same time they were hosting debates about whether slavery was right or wrong,” Wilder notes. “So these tensions lived constantly within the academy.”

Not running from history

Wilder began his research on the book in 2002, but says he had come to an impasse in his work by 2006, and was considering just writing a couple of journal articles on the topic when Brown published its report, under the direction of then-president Ruth Simmons.

“It’s easy to forget how much courage it took for Brown to investigate these rumors and publish the findings,” Wilder observes. “And within our institutions, we have tended to run away from this history.”

Wilder persisted, and produced a work that has garnered praise from other scholars. Martha Sandweiss, a historian at Princeton, calls it “an eye-opening book” resulting from “deep and imaginative research.”

But to the extent that “Ebony & Ivy” casts a harsh light upon the deep history of American education, Wilder says, it does so with the intention of making us think, matter-of-factly, about race in the larger trajectory of American history.

“The reality is, there is nothing in the archives that’s going to destroy any of these schools,” Wilder says. “I have worked for and gone to some of these schools, and I have nothing but affection for them. The goal is not to expose their hypocrisies. It is to recognize how significant these institutions are, in understanding the complexities of slavery and the slave trade in the early history of North America and the United States.”