Dust in the clouds 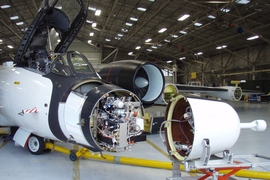 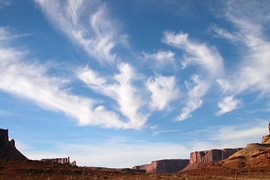 At any given time, cirrus clouds — the thin wisps of vapor that trail across the sky — cover nearly one-third of the globe. These clouds coalesce in the upper layers of the troposphere, often more than 10 miles above the Earth’s surface.

Now an interdisciplinary team from MIT, the National Oceanic and Atmospheric Administration (NOAA), and elsewhere has identified the major seeds on which cirrus clouds form. The team sampled cirrus clouds using instruments aboard high-altitude research aircraft, analyzing particles collected during multiple flights over a nine-year period. They found that the majority of cloud particles freeze, or nucleate, around two types of seeds: mineral dust and metallic aerosols.

“We think we’re really looking at the seed, the nucleus of these ice crystals,” says Dan Cziczo, an associate professor of atmospheric chemistry at MIT. “These results are going to allow us to better understand the climatic implications of these clouds in the future.”

Cziczo and his colleagues have published their results this week in Science.

Up in the air

Cirrus clouds typically form at altitudes higher than most commercial planes fly. To sample at such heights, the team enlisted three high-altitude research aircraft from NASA and the National Science Foundation (NSF): a B-57 bomber, a DC-8 passenger jet, and a G-V business jet, all of which were repurposed to carry scientific instruments.

From 2002 to 2011, the team conducted four flight missions in regions of North America and Central America where cirrus clouds often form. Before takeoff, the team received weather forecasts, including information on where and when clouds might be found.

“More often than not, the forecast is solid, and it’s up to the pilot to hit a cloud,” Cziczo says. “If they find a good spot, they can call back on a satellite phone and tell us if they’re inside a cloud, and how thick it is.”

For each mission, Cziczo and Karl Froyd, of NOAA’s Earth System Resource Laboratory, mounted one or two instruments to the nose of each plane: a single particle mass spectrometer and a particle collector.

Each flight followed essentially the same protocol: As a plane flew through a cloud, ice particles flowed through a specialized inlet into the nose of the plane. As they flowed in, the particles thawed, evaporating most of the surrounding ice. What’s left was a tiny kernel, or seed, which was then analyzed in real time by the onboard mass spectrometer for size and composition. The particle collector stored the seeds for further analysis in the lab. 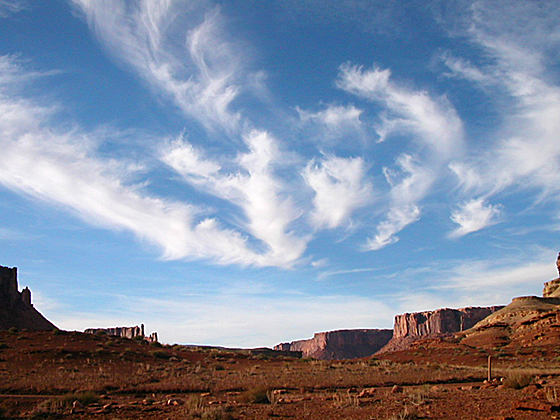 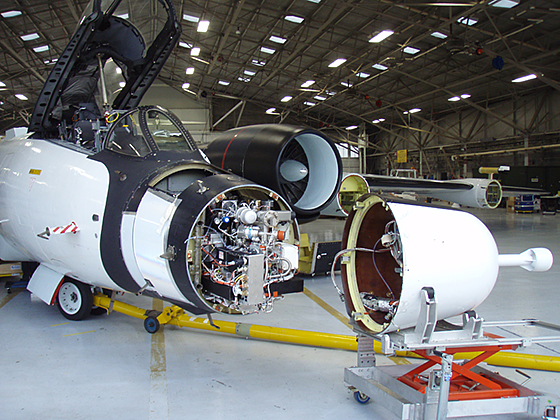 A human effect on cloud formation

After each flight, Cziczo and his colleagues analyzed the collected particles in the lab using high-resolution electron microscopy. They compared their results with analyses from the onboard mass spectrometer and found the two datasets revealed very similar cloud profiles: More than 60 percent of cloud particles consisted of mineral dust blown into the atmosphere, as well as metallic aerosols.

Cziczo notes that while mineral dust is generally regarded as a natural substance originating from dry or barren regions of the Earth, agriculture, transportation and industrial processes also release dust into the atmosphere.

“Mineral dust is changing because of human activities,” Cziczo says. “You may think of dust as a natural particle, but some percentage of it is manmade, and it really points to a human ability to change these clouds.”

He adds that some global-modeling studies predict higher dust concentrations in the future due to desertification, land-use change and changing rainfall patterns due to human-induced climate effects.

Cziczo’s team also identified a “menagerie of metal compounds,” including lead, zinc and copper, that may point to a further human effect on cloud formation. “These things are very strange metal particles that are almost certainly from industrial activities, such as smelting and open-pit burning of electronics,” Cziczo adds. Lead is also emitted in the exhaust of small planes.

Contrary to what many lab experiments have found, the team observed very little evidence of biological particles, such as bacteria or fungi, or black carbon emitted from automobiles and smokestacks. Froyd says knowing what particles are absent in clouds is just as important as knowing what’s present: Such information, he says, can be crucial in developing accurate models for climate change.

“There’s been a lot of research efforts spent on looking at how these particle types freeze under various conditions,” Froyd says. “Our message is that you can ignore those, and can instead look at mineral dust as the dominant driving force for the formation of this type of cloud.”

The group’s experimental approach was an impressive feat in itself, says Brian Toon, a professor of atmospheric and oceanic sciences at the University of Colorado. In a typical cirrus cloud, only one particle in 100,000 forms an ice crystal, making the odds of capturing such crystals slim at best.

“This group has used an instrument in a plane flying at speeds of two football fields per second to catch individual ice crystals, evaporate them and measure the composition of the tiny remnant particles — an amazing technological achievement,” says Toon, who was not involved in the research. “Now these measurements need to be repeated over a wide range of locations to be sure they are general.”

This research was funded by NASA and the NSF.