2012 alumnus will use fellowship to support his studies in the Harvard/MIT MD-PhD Program.
News Office
Publication Date: 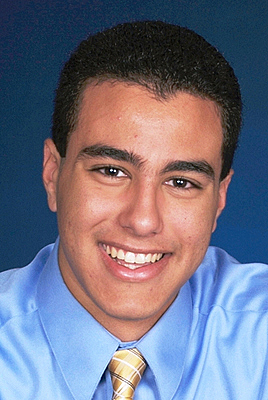 Omar Abudayyeh
Omar Abudayyeh ’12, a first-year student in the Harvard/MIT MD-PhD Program, has been named a 2013 Paul and Daisy Soros New American Fellow.

The Soros Fellowship for New Americans, established in 1997, grants up to $90,000 for graduate studies to permanent residents or naturalized citizens who were born abroad, or children of naturalized citizens. Abudayyeh will use his fellowship to support his work toward an MD and a PhD in systems biology at Harvard and MIT.

Abudayyeh is a first-generation American, born in Raleigh, N.C., to Palestinian-Jordanian engineers. He graduated from MIT in 2012 with an SB in mechanical engineering and bioengineering. As an undergraduate, he served as co-president of the MIT Bioengineering Society, was editor-in-chief of the MIT Undergraduate Research Journal, and was granted a Barry M. Goldwater Scholarship in recognition of his academic achievements.

In addition, he conducted research on cancer nanotechnology with Sangeeta Bhatia, the John J. and Dorothy Wilson Professor of Health Sciences and Technology and Electrical Engineering and Computer Science, resulting in co-authorship of a paper in Nature Biotechnology. In 2009 Abudayyeh won first place in the MIT Biomedical Engineering Society-Merck Research Poster Session Competition for his research.

Currently, Abudayyeh is working on single-molecule protein-sequencing technology with MIT’s Ed Boyden, the Benesse Career Development Associate Professor of Research in Engineering. For his doctoral research, Abudayyeh plans to focus on computational modeling of cell-signaling networks, with the intent of improving therapeutic success for patients.